The waiting is the hardest part. Those who have endured three years of the Bluffton flyover construction project connecting Bluffton Parkway with the bridges to Hilton Head Island can finally exhale upon its scheduled June 30 completion.

With what began in May 2013 as a 30-month project — with one delay pushing back its original November 2015 deadline — the $45 million capital improvement will transform the traffic flow on and off the island along U.S. 278. Incoming traffic from the mainland and traffic coming off the island should experience considerable ease of travel, less congestion and fewer delays.

The 53,000 vehicles going east and west daily on U.S. 278 will decrease about 25 percent because of the flyover, according to South Carolina Department of Transportation data.

“There’s a bottleneck there now in the morning. I think this will actually improve it because we will be able to merge that traffic (from the parkway) and be able to stagger that traffic with the traffic signals on U.S. 278 so they aren’t all coming in at the same time,” said Beaufort County traffic and transportation engineering director Colin Kinton. “Coming off island, it will be significantly improved because people won’t be getting delayed and queued up at the Moss Creek light.” 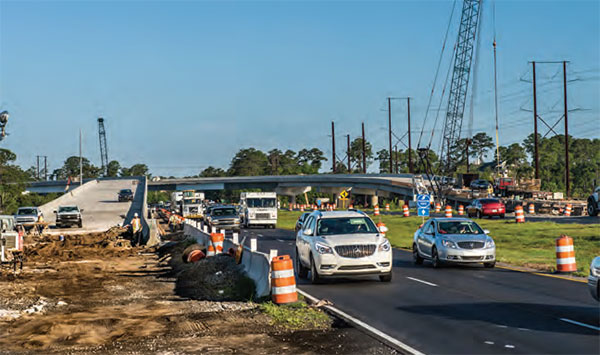 As it is now, motorists traveling eastbound on Bluffton Parkway stop at Buckingham Plantation Drive. To the right is Old South Golf Course and to the left is U.S. 278 at the Moss Creek intersection.

At the completion of the project, a newly installed signal light where the current Buckingham Plantation Drive stop sign is now will allow motorists to drive straight onto the two-lane, 4,200-foot-long flyover, heading over marshland toward the Wilton Graves Bridge without having to make a left-hand turn toward U.S. 278.

“Our latest counts last year on Bluffton Parkway in the segment between Malphrus Road and Buckingham Plantation Drive averaged 10,000 cars a day,” Kinton said. “Those 10,000 cars a day will immediately be using the new (Phase) 5a … rather than going down the parkway to Malphrus or Moss Creek signals and turning right onto U.S. 278.”

Barrier walls recently have been installed by the contractor, R.R. Dawson Bridge Co., the concrete has been poured and all that’s left to finish is asphalting the ramps.

“We’re in the home stretch,” Kinton said. “For a $45 million project, it’s gone pretty smoothly.” If, however, the June 30 deadline is not met by the contractor, daily penalties would be assessed. 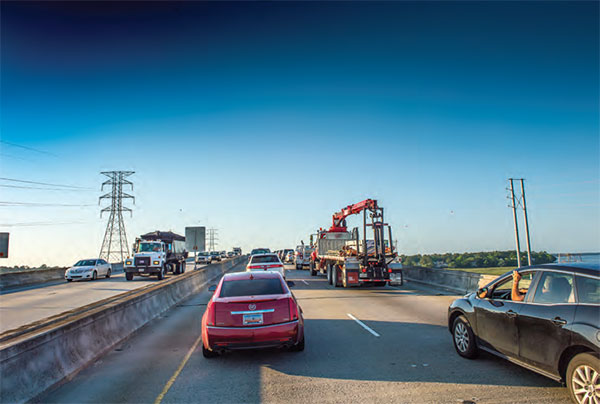 The one delay to the projected November 2015 completion date occurred last summer because of unexpected difficulties with foundation depths in the marsh, construction delays, environmental permitting and a request by the state for more paving improvements on the mainland that wasn’t in the original contract.

“In the big scheme, it’s a great project because it offers alternatives to U.S. 278 on the mainland,” Kinton said. “So when you’re coming off island — whether workers, tourists or residents of Hilton Head — they’re not subject to an accident at Moss Creek or at Malphrus without the traffic being backed up. It provides alternatives that don’t exist at the present.”

Using the flyover from the island for shopping at Tanger Outlet centers, visiting Old Town Bluffton, or dining at one of the many local restaurants will be refreshingly smooth sailing without delays and stoplights at existing bottleneck intersections near the bridge.

While the Bluffton flyover will be a motorist’s road-trip dream within a month, what to do about the bridge itself will present another challenge in the years ahead. 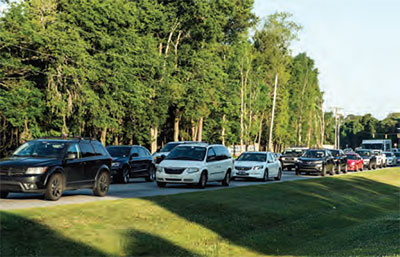 “The bridges between Hilton Head and the mainland are at capacity and that’s the next thing we have to look at,” Kinton said. “How do get additional lanes crossing the bridge?”

Ten years ago, the Bluffton flyover took its first step forward when Beaufort County residents approved a 1 percent transportation sales tax referendum to get the project — and the widening of S.C. 170 — off the drawing board. But it wasn’t until February 2013 that Beaufort County Council voted its approval. Three months later, work began on the flyover after years of planning, design and permitting.

Funding for the project comes from the sales tax, federal monies and road impact fees, Kinton said. Besides the contractor, the other major players are the county, the state and consultant F&ME in Columbia.

In 2002, phase one of five for construction of the new 9.5-mile Bluffton Parkway from S.C. 170 to Buckingham Plantation Drive began. Phase 5a is the flyover itself.

All along, Beaufort County officials have stressed improving public safety as the impetus for the flyover, no reason more so than in the case of a hurricane evacuation. Because of chronic heavy traffic volume on U.S. 278, quicker access to Interstate 95 via an alternative route was critical.

Hurricane season, which is bookended by tropical storm systems, begins June 1 and ends Nov. 30. Between 1850 and 2001, 24 tropical storms pounded the island, including eight hurricane-strength storms. The last, Hurricane Hugo in 1989, necessitated a mandatory evacuation to the mainland.

The Town of Hilton Head works closely with county agencies like the Emergency Management Division and the Beaufort County Sheriff’s Office and state officials on evacuation strategies and emergency preparedness.