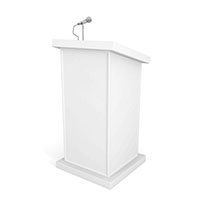 Lutz campaigned hard in his district and Hampton Hall neighborhood over the two weeks between votes to win the second seat.