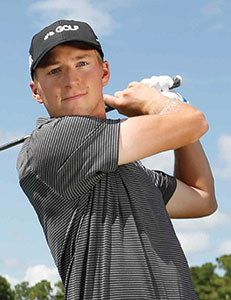 “I just thought of my parents and everything they’ve done for me. I can’t wait for them to see this,” said Werenski following the conclusion of the match. “I’m through the roof right now. I thought I was good enough to win this, and I knew if I just played my game I would have a really good chance. Now I feel that much better about my game. I’ve never felt as much pressure that I felt here. Now, I feel way more prepared for whatever the future has to offer.”
As champion of Big Break The Palm Beaches, Werenski receives a sponsor’s exemption to compete in the 2015 Barbasol Championship on the PGA Tour (July 16-19). In addition, he receives more than $80,000 in cash and prizes. Werenski is a member of Berkeley Hall through the private club's aspiring professional option.