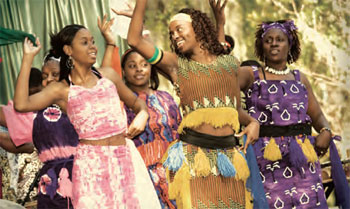 The drive to preserve and protect the Gullah Geechee culture rides into 2014 with accelerating enthusiasm drawn from completion of the management plan for how to proceed in going about that work.

When the Gullah Geechee Cultural Heritage Corridor Commission holds its first quarterly meeting of this year on Feb. 21 at Fernandina Beach, Fla., near Amelia Island, the members will be looking to rev up some specifics to move forward on.

The thrust of their work will be how to implement the three major goals of the commission: to preserve the culture, to educate people about that culture and to further economic development to help the people of the culture.

The Gullah Geechee Cultural Heritage Corridor extends along the southeastern coast from Jacksonville, through Georgia and South Carolina to Wilmington, N.C., and extends 30 miles inland. It was established by Congress under legislation sponsored by Rep. James E. Clyburn, D-S.C., and passed in September 2006. The commission was introduced a year later in October 2007. 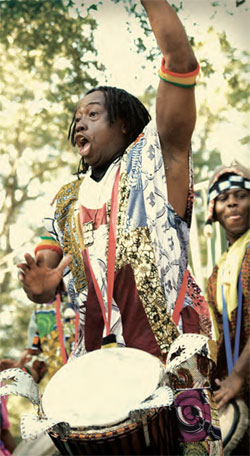 The corridor falls under the purview of the National Park Service and, according to Michael A. Allen, community partnership specialist for the NPS in Mt. Pleasant, it is the only one of 49 cultural heritage corridors around the country that centers on African-American history and culture.

Allen said the commission now is reaching out to governments of states, counties, cities and towns and to community organizations to help carry out the plan.

Rodman, the county’s liaison with the commission, said he and Kubic met with Emory Campbell, a community leader among the Gulllah people of Hilton Head Island and a member and first chairman in May 2008 of the corridor commission, and Ronald Daise, from Pawley’s Island, another former chairman of the commission.

“After the first of the year (2014), we’ll be able to explore what we can do together to accomplish those (three) objectives,” he reported. The aim “is to develop a strategy to make this happen.”

Campbell, former executive director of Penn Center on St. Helena Island, said the commission was looking for partnerships not only with governments, but with planning boards and such organizations as chambers of commerce.

He said the commission also hopes to involve schools and museums, such as the Coastal Discovery Museum at Honey Horn, in the effort to educate people about the Gullah Geechee culture. 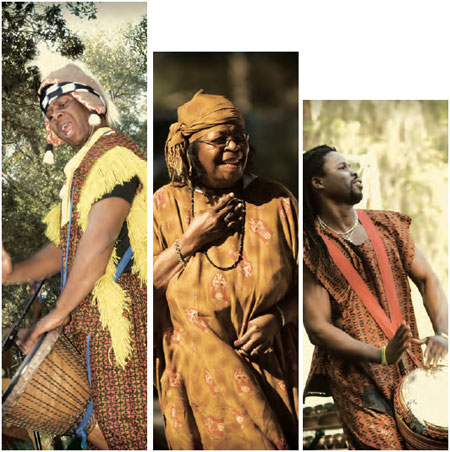 In economic development, Campbell went on, they want to seek ways to help small businesses get established and flourish, such as restaurants and basket weaving. In promoting crafts such as basket weaving, he noted, there’s a double benefit – making an income for the crafter and preserving the history.

Campbell cited the arts as another part of the culture to be preserved.

“The performing arts have always been a part of the Gullah culture – the sounds, the dances,” he said, “as well as the fine arts.”

Althea Sumpter, former vice chairman and now the acting chairman of the corridor commission and a professor of video production and multi-media studies at the Art Institute of Atlanta in Atlanta, said the commission would set its agenda for the entire year at its Feb. 21 meeting in Florida.

“It will be a year of thank-you’s and celebration to recognize the communities that helped” with development of the management plan with their comments at the 21 public meetings held throughout the corridor in 2009, she said. 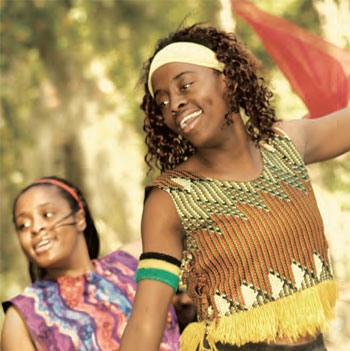 “It was through the communities that we developed most of the management plan,” Sumpter, a native of St. Helena Island, went on, adding the commission wasn’t going to tell them what to do.

“They gave rise to the needs,” she explained. “We have heard, and this is how we will support you … and help your community to flesh out” plans to reach the stated goals.

Where the Gullah people live and the Geechee people live has blurred. Whereas it was said in the past that the Gullah people lived in the Lowcountry of the South Carolina and Georgia coast, the residence of the two are now considered synonymous, according to the National Park Service’s Allen. He said so many people in the cultures have moved around, they are now viewed as one.

The first visible sign of the Gullah Geechee Cultural Heritage Corridor is the signage announcing the designation now appearing along the highways.

Allen, who originally is from Kingstree, near Florence, which is in the corridor, said the corridor and commission have an office on King Street in downtown Charleston. It advertised for an executive director last August but, Allen said, that position is now on hold. Sumpter chaired the search committee.

Allen said the corridor receives about $150,000 a year for operations from the National Park Service. Among other things, it helps pay for travel expenses.

The commission also has a foundation which accepts grants and gifts.

The commission has representatives of all four states in the Gullah Geechee Cultural Heritage Corridor on it, all of whom serve at the pleasure of the secretary of the interior. 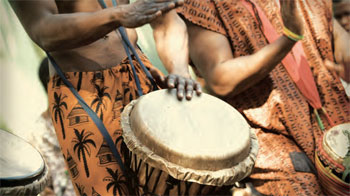 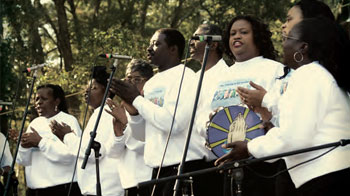 SUNDAY, FEB. 23
Marsh Tacky Horse Exhibition Featuring the Black Cowboy Festival
Time: 12 p.m. to 3 p.m.
Venue: Open lot at 231 Beach City Rd., across from Mitchelville Park, Hilton Head Island
Cost: $5 adult, $3 youth (12 and under)
Back by popular demand, this event showcases the Marsh Tacky Horse, a key contributor historically to agri-business and transportation for Gullah people of Hilton Head Island. Featured in this year’s event are horses and riders from award-wining Black Cowboy Festival. Attendees can expect an afternoon of fun for the entire family.