MUCH OF GULLAH MUSICAL HISTORY CAN BE TRACED TO HILTON HEAD 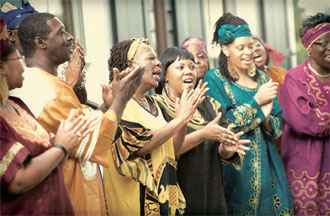 As a musician and active member of the Hilton Head Island Gullah community, Lavon Stevens has always been fascinated by local history.

“Not to take anything away from New Orleans, but I’m reading a book right now that makes a strong case that jazz music was actually started in Charleston,” Stevens said. “The impact that Charleston had in the world of jazz is one of those things that has gotten lost in time.”

According to the Charleston Jazz Initiative, a multi-year research project that documents the African American jazz tradition in Charleston and its movement throughout the U.S. and Europe from the late 19th century through today, the beginnings of jazz music on the southeastern coast of the United States was centered here.

“As the story goes, enslaved Africans infused the culture with African style and substance, creating American culture,” Stevens said. “As happened in many other places, black music on the southeastern coast manifested itself through spirituals and fi eld holler songs.”

When Europeans settled Carolina more than 300 years ago its capital, Charleston, was the crown jewel of the British Empire before the American Revolution, and it was the North American cradle of the African slave trade.

Charleston is only one of a handful of places in the Western Hemisphere where Africa inter-acted with Europe in a seminal way to produce New World culture. Records indicate that as many as 40 percent of all slaves in the United States made their way through Charleston. 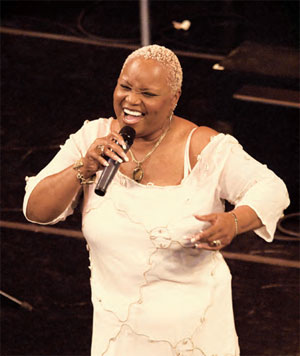 At Jenkins Orphanage in Charleston recently freed slaves played music in the streets. It is staggering how many American jazz greats received their start in the state.

Famous son, Dizzy Gillespie, was born in Cheraw, S.C., and is heralded as one of the greatest pioneers of modern jazz. He is recognized as one of the country’s greatest trumpeters and bandleaders, and South Carolina’s most celebrated jazz musician.

Gillespie was a self-taught trumpeter who emerged in the 1940s as a pioneer of bebop. His most memorable gigs were with Cab Calloway’s band from 1939—1941 before the outset of World War II. Gillespie famously worked with Ella Fitzgerald, Duke Ellington, Thelonious Monk and Charlie Parker, among others.

“History was lost and wasn’t very well documented,” Stevens said. “Recently people have started to embrace the history and how rich it is. One thing I’ve always hoped for is that people would embrace and share our history.”

Much of Gullah musical history can be traced to the settlement of Mitchelville off Beach City Road, where songs in native island churches mirrored popular music of the day.

“A lot of the songs people sung in church were about not giving up hope and are songs about actual freedom and spiritual freedom,” Stevens said. “One line goes, ‘some day I will be free.’ It’s a song about hope as well as about despair.”

Many of the earliest Gullah songs can be traced to call and response, when a leader would call out and the remainder of the congregation would respond with the refrain.

Although their origins are not well documented, popular songs of the day included Michael Rowed a Boat a Shore, I Want to be Ready, Walk Together Children and Travelling Shoes. 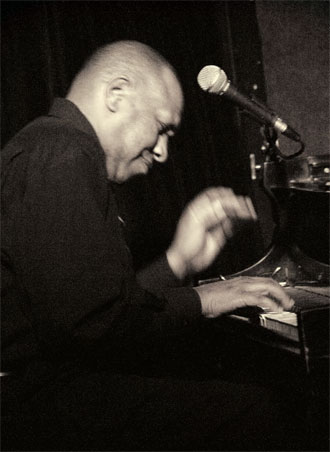 “It’s important to remember that many of the songs had a double meaning and were meant as a way to communicate between the oppressed people,” Stevens said.

First recorded in St. Helena, down the coast from Charleston, are field hollers, changes, work songs, and the blues. The 20th-century brought ragtime and jazz, which is still thought of by many as the highest form of American art.

Ragtime, a composed musical form that is highly syncopated and a kind of blend of European and African American music, is considered a precursor to jazz, was prominent from the 1890s to the 1920s.

The democratic principles of African culture are found in jazz. Everybody has a chance to say something, to solo, to play by him or herself while everyone else listens as they wait their turn.

“Jazz is diverse and inclusive. It’s an experiment and will always be a work in progress,” Stevens said.

There was a point when the slave masters had to stop the slaves from singing because they were known to be communicating through their singing. Many years later it was learned that coded messages such as covert resistance meetings were being shared. As and example, an early Gullah lyric of Down by the River, was sung to let the community know there was to be a meeting at the river later that night or a mention of Harriet Tubman may mean that a special guest was making their way through the area.

“Field holler songs, expressed raw emotion, often resentment, downtrodden, despair,” Stevens said. “This is where we get what we know now as the blues.”

Back in the early days the instruments were very primitive. “You started with your voice and your hands,” he said Drums or conga’s were probably the earliest local instrument. “I have no doubt in my mind that if it happened here, it happened all over the country,” he said.

“The minute you hear those drums you start bobbin and weaving and doing whatever your going to do.”