Beaufort County residents should soon begin to see the fruits of a $25 million referendum they passed last November to fund the county’s Rural and Critical Land Preservation Program.

The county and the Beaufort County Open Land Trust — which is contracted to oversee the Rural and Critical Lands program — have begun a 12-month “greenprinting” process in which public feedback will help prioritize which land parcels the county chooses to acquire and protect with its latest windfall.

“Greenprinting is essentially the strategic plan for the program, involving mapping, stakeholder engagement, and public input on priorities for land protection in Beaufort County,” said Kristin Williams, director of the Open Land Trust. The last greenprint was developed in 2014, and as Williams points out, the county has seen dramatic change and development since then — especially in the Bluffton area — making conservation and preservation even more important. 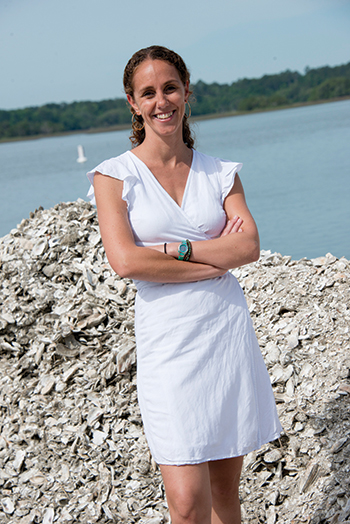 The program’s most recent purchase was a 54.3-acre tract in the Alljoy area of Bluffton, which will be renamed Bailey Memorial Park. The parcel, which sits less than 1,000 feet from the May River, will be protected, but any upgrades are not expected to be performed for about three years, according to Beaufort County passive parks manager Stefanie Nagid.

Her position got a boost with the passage of the $25 million referendum for Rural and Critical Lands, up to 20 percent of which can be used on passive park infrastructure.

IT’S AN EXCITING TIME BECAUSE THERE’S A WHOLE BUNCH OF NEW ENERGY COMING IN. WE HAVE SOME EXCITING PROJECTS IN THE PIPELINE.

That’s the area where county residents are most likely to see the benefits of their additional tax dollars, as work has already begun to build an interpretive center as well as a picnic pavilion, parking, signage, and structural improvements at Fort Fremont Preserve on St. Helena Island.

Bids also have been submitted for a trail around the lake at Crystal Lake Park on Lady’s Island and for improved public access and recreational opportunities at Widgeon Point Preserve on Lemon Island. Nagid said she hopes those bids will be approved by Beaufort County Council by August so that grand openings for both parks could be in the works before the end of 2019.

The project Nagid is most excited about, though, is New Riverside Regional Park, which consists of the New Riverside and Garvey Hall properties in greater Bluffton. A draft conceptual plan for the park includes picnic pavilions, nature trails, a “blueway trail” accessible from the New River through former rice paddies, a kayak launch, and primitive tent-only campsites.

“It’s an exciting time because there’s a whole bunch of new energy coming in,” Williams said. “We have some exciting projects in the pipeline.”

The flurry of activity comes at a time of change for the county’s land preservation programs, with the referendum’s overwhelming passage — about 70 percent of county voters approved the measure — and an influx of new faces, like Nagid, Williams and incoming county administrator Ashley Jacobs.

The program ran into some controversy with the county’s purchase of Whitehall Park on Lady’s Island, prompting interim county administrator John Weaver to call for more transparency and an improved vetting process for potential land purchases. But Williams feels the program is headed in the right direction and expects the Open Land Trust to make every effort to continue its contract with the county when it goes up for bid next year.