The Board of the Foundation of Educational Excellence presented the 2022 Peggy May Inspiration Award to David Lauderdale for his “creativity, contributions, and passion throughout the Beaufort County communities over many decades as a journalist.” Lauderdale is a retired senior editor and columnist at The Island Packet and Beaufort Gazette. He served as Hilton Head Island’s St. Patrick’s Parade grand marshal in 2019.

Hospice Care of the Lowcountry brought a special music performance to Josh, a young bedbound hospice patient, who used to work in the music industry prior to his terminal diagnosis. After much planning and organizing, led by case manager Shannon Rhodes, RN, a private concert was performed inside Josh’s room. “I wanted Josh to be able to enjoy just a few more good moments on this earth and music was his first love,” Rhodes said.

The All Saints Garden Tour is contributing to local charities and is looking for non-profit, 501(c)(3) organizations that serve Beaufort and Jasper counties to apply for grants. A completed application form is due Nov. 15. Visit allsaintsgardentour.com The next garden tour is May 20, 2023.

A new farmers market is set to debut on Hilton Head Island on Oct. 1. The Hilton Head Community Market will be held at Shelter Cove Community Park every Saturday, from 9 a.m. to 12 p.m. The market will feature local farmers and growers and feature a limited number of local artisans and makers, a news release said.

The Ted Flach Memorial Candy Cane Classic, an annual tournament benefitting the Boys & Girls Club of Hilton Head Island, has expanded to include pickleball. In its 22nd year, this fundraiser has raised more than $850,000. The event is set for Dec. 3 at the Sea Pines Country Club. For more information, visit bgchiltonhead.org/events

The Low Country Kappa Delta Alumnae Chapter collected food and personal items to donate to Bluffton Self Help’s Stock the Market Food Drive. The BSH Market provides neighbors with healthy, nutritious groceries once a week. The Low Country KD Alumnae Chapter is a diverse group of community-minded women who live in Jasper and Beaufort counties. 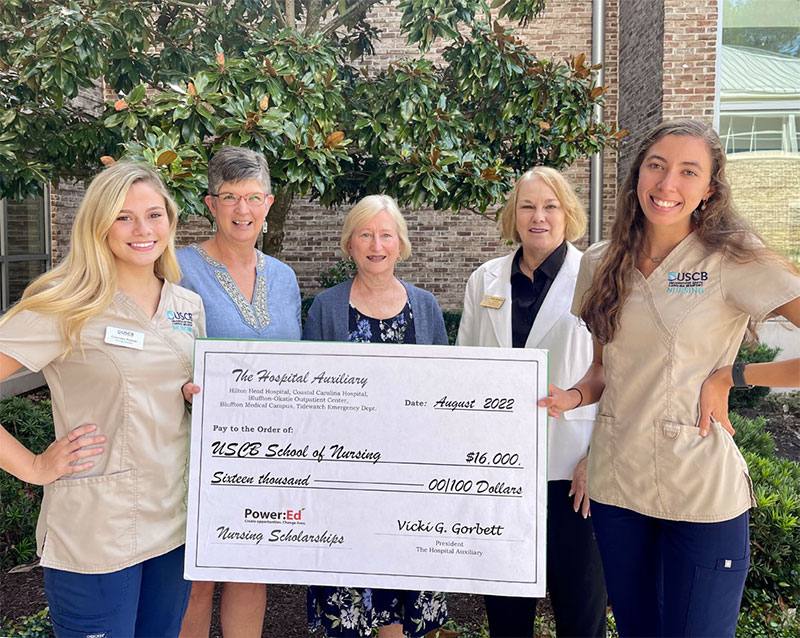 The Hospital Auxiliary presented a check to USCB for $16,000, which was part of a Power:Ed grant given to local nonprofits that help South Carolina students succeed. Four qualified nursing students each received $4,000. 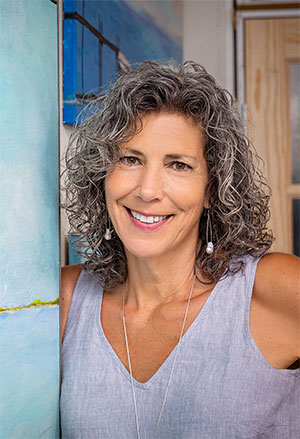 Rachael Newman, artist and owner of Rachael Newman Studios, received the Best of Show and Best of Category awards for painting at the Oconomowoc Festival of the Arts in August. The Oconomowoc Festival of the Arts is considered one of the top outdoor fine-art festivals in the Midwest and boasts a juried art exhibition featuring 135 artists from all over the United States, a news release said. Newman paints atmospheric seascapes that emanate nature, water, creativity and solitude.

The Association, in partnership with Bluffton-based company Crescent Moon Pictures, Inc., produced six videos to educate residents about hurricane preparedness and what to do in the event of a storm.

United Way of South Carolina has partnered with S.C. Department of Social Services (SCDSS) to launch a texting feature that connects people to social services resources through mobile devices. SCDSS is using United Way’s 2-1-1 service, which is an automated texting platform. Residents can connect with information on foster care support and reporting child or adult abuse quickly and efficiently.