Kathia Salinas, Maria Medina, Gerardo Rivera and Zohra Tebbakh were recognized with the Joe Distelheim Award for Literacy, an annual award for deserving literacy students of Bluffton Self Help, which has merged with The Literacy Center. The students were presented with a $500 check and plaque.  More than 100 former colleagues and friends of Distelheim contributed to the award’s endowment fund, raising more than $40,000 ­— enough to fund awards in the future.

As a Gullah historian, Campbell was recognized for “continuously raising the profile of Hilton Head Island as an enriching educational destination.”

Krall volunteers at the Children’s Center. She was a board member at Deep Well and served as board chair. She also served on the board of directors for Memory Matters.

Soltys led the need for a Saturday school, which gives parents a place to leave their young children while they go to work. Funds have already been raised to cover the cost of 2022.

The Moss Creek Charitable Fund’s fourth annual golf tournament raised more than $45,000. With 168 Moss Creek participants and more than 100 donors, the fund will support many deserving local families and children’s charities this fall. Established in 2018, the fund has raised more than $275,000. The deadline for 2022 grant application is Sept. 15. For more information, contact Mike Long at mlong5146@yahoo.com.

Parker’s donated $56,000 to Beaufort County schools as part of its initiative that supports education across their widespread consumer regions. Superintendent Frank Rodriguez accepted the donation on behalf of the school district. “This partnership with Parker’s is a wonderful example of a strong community partnership,” Rodriguez said. 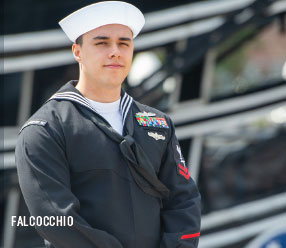 Daniel Falcocchio, a Bluffton native, checked aboard USS Constitution April 25. The USS Constitution is one of the Navy’s special programs, and all prospective crewmembers must meet a high standard of sustained excellence and interview to be selected for the assignment, a news release said. Falcocchio is a 2014 graduate of Bluffton High School.

Community Foundation of the Lowcountry accepted a $10,000 gift on behalf of the Ukraine Relief Fund from the St. Andrew By The Sea United Methodist Church Endowment Fund. The funds went toward the Hilton Head for Ukraine Benefit.

Savannah-based Memorial Health has contributed $1 million from its Community Benefit Fund, benefiting 36 worthwhile organizations (as of Dec. 31, 2021). More than $200,000 has been given to local children’s charities.