Andrew Carmines has never looked so forward to the signature event that honors the life of his brother, David. COVID sidelined the Hilton Head Island Seafood Festival for a year, but that just means a bigger and better event this year. 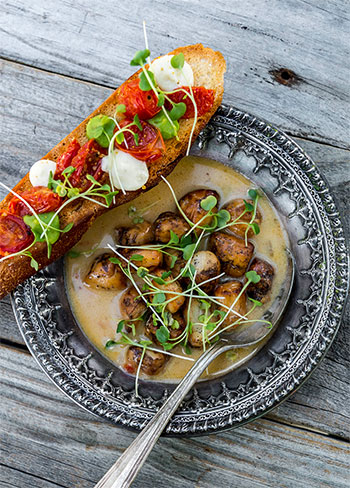 “We’re going to donate our millionth dollar to local charities this year, so that just means the world,” said the Shell Ring Oyster Co. & Hudson’s Seafood House on the Docks chef and founder of the Seafood Festival, which is Feb. 21-27. “There is so much to be excited about this year, plenty of evolution but the same core spirit of adventure in the outdoors that defined David so much.”

“We’re so thankful to Honey Horn for all they’ve done for us through the years. When I first came back from the West Coast and we started this, we weren’t big enough for Shelter Cove,” Carmines said. “But now this event has a following, a spirit and we’re excited to be anchored by the water once again.”

Also new this year is a fireworks celebration to commemorate the anniversary and celebrate the impact the David M. Carmines Memorial Foundation has made in the Lowcountry and beyond.

“We’ve been able to impact some incredible nonprofits to achieve wonderful feats for folks by funding their work,” Carmines said. “Every penny of the proceeds here goes back to the charities.”

The week kicks off with a Daufuskie Island history and artisans tour offered by Outside Hilton Head and a two-hour introduction to shrimping, oystering, clamming and crabbing by Capt. Chris and Matthew Shoemaker of May River Excursions. 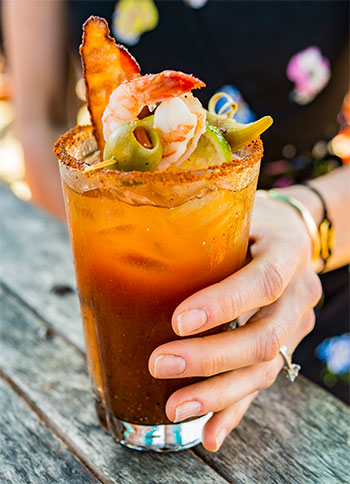 Friday, Feb. 25, begins with a series of master classes taught by the chefs and ends with the Pig Pickin’ and Oyster Roast from 6 p.m. to 9 p.m. at the Coastal Discovery Museum, filled with good eats, brews, wines and live music. Hosting the evening’s festivities is renowned foodie and actor Luis Guzman.

Carmines said the growth of regional and national chef participation in the event is rewarding to give such a spotlight to the efforts of local fishermen.

“They bring their families, go fishing, make a weekend of it. We show them our soft-shell shedding operation, how we shuck oysters,” Carmines said. “They’ll work with black sea bass that was swimming the day before. That’s exciting for us to showcase and for the chefs to be part of, seeing the best of what we do here on the island.”

It leads up to the Saturday event, featuring unlimited samplings from hundreds of varieties of wine, beer and spirits; family activities, and free children’s shows.

New this year is a RFID wristband that comes preloaded with $10 in culinary credit and allows for contactless payments and discounts to restaurants and retailers around Shelter Cove. Many of the top local and regional restaurants will serve seafood and more. 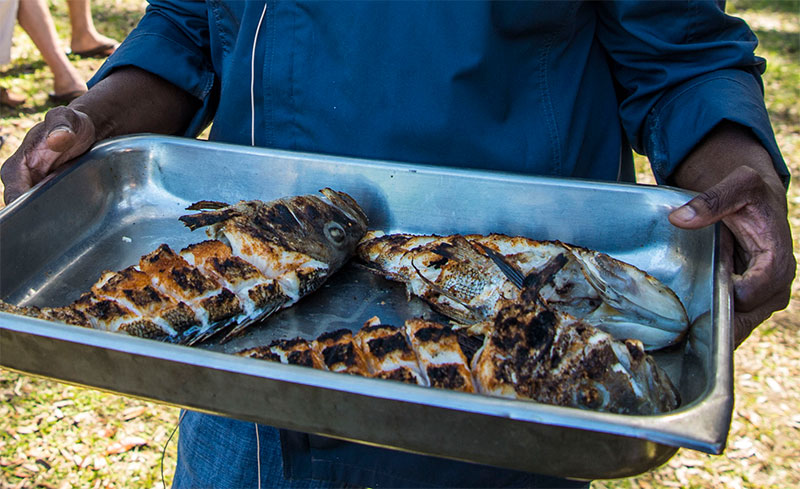 Tickets to the Festival include a souvenir wine glass and access to cooking demos and tasting sessions with the industry’s leading chefs and master sommeliers, mixologists, winemakers and brewmasters.

“I think this is the elixir we all need. Missing last year was a downer,” Carmines said. “But the idea of breaking the $1 million mark in the help we provide to The Children’s Center, The Coastal Discovery Museum and so many more champions of this community, it will make the wait so much more worth it.”

For more information on volunteering or buying tickets to the Festival, visit hiltonheadseafoodfestival.com.