About 20 people attended that meeting in February 1982, and the group performed its first concert just two months later at Christ Lutheran Church on Hilton Head. The Hilton Head Community Orchestra was incorporated as a nonprofit arts organization the following year.

Forty years later, that small community orchestra has become the world-class Hilton Head Symphony Orchestra, employing more than 100 musicians to perform classical music, pops and jazz for the people of Hilton Head and beyond. The organization not only provides entertainment for music lovers; it offers educational programs to youth, hosts an international piano competition and has helped brand the Lowcountry as an arts and cultural destination.

In 1990, the orchestra began performing at First Presbyterian Church on Hilton Head, which offers seating for 1,000 people. While they still perform at the church, the orchestra also plays at venues around the island and in Bluffton — indoors and outdoors. 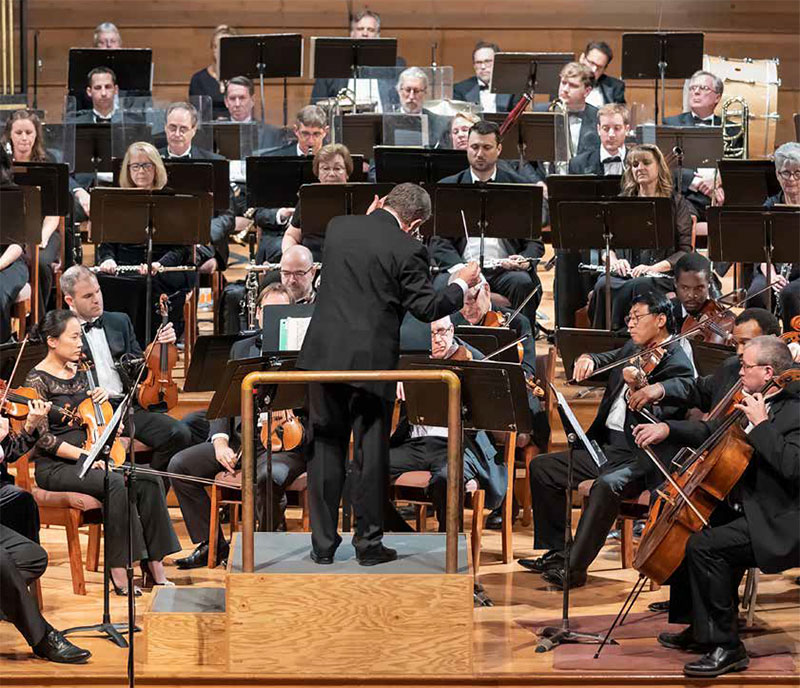 One of its newest venues is the orchestra’s headquarters, SoundWaves, located at 7 Lagoon Road. The 7,300-squarefoot facility opened in 2018 and holds staff offices, as well as space for concerts and rehearsals. In the summer, the HHSO offers an intensive chamber music institute for youth at SoundWaves.

When the COVID-19 pandemic shut down events around the world, the local orchestra launched SoundWaves Streaming Live, a free Monday night series of more than

50 live streaming performances, which were watched by tens of thousands of viewers.

After a whole year with no live in-person concerts, the orchestra hosted its first concert in April. A small orchestra performed an outdoor pops concert for a socially distanced audience of about 450 people at Lowcountry Celebration Park on Hilton Head. Jordan said the pops concert was a huge success.

In October, the orchestra performed its first indoor concert since the beginning of the pandemic to a limited audience at First Presbyterian Church.

HHSO has been cautious throughout the pandemic. Jordan said because the orchestra has an audience that’s predominantly susceptible to complications from COVID-19, the organization requires proof of vaccination for performers, staff, volunteers and audience members. Masks are recommended but not required. 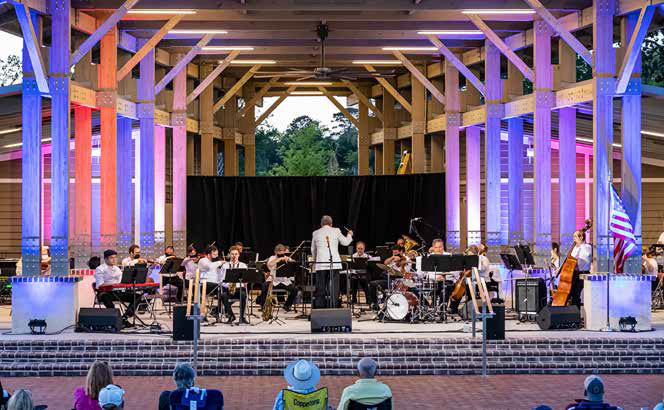 In November, the orchestra was able to finally play again for a full-capacity audience at First Presbyterian. For many of the musicians, it was their first chance in a year-and-a-half to make music with their colleagues.

Holiday Pops is the HHSO’s most popular offering and this season’s concerts moved many in the audience to tears.

“I heard musicians say they looked out at the audience and saw people weeping for joy,” Jordan said. “They were just so happy that they could have this experience again.”

“That’s a pretty extraordinary feat in itself,” Jordan said. “Hilton Head and the Hilton Head Symphony have been really fortunate to have this partnership with John.”

Jordan said Russell has done extraordinary things to raise the artistic standard of the local orchestra and has brought exciting programs to the Lowcountry.