It’s not unusual to see the Lowcountry on the itinerary of cable channel celebrities searching for culinary culture spots.

Don’t be surprised if one day some of the chefs featured are products of the Technical College of the Lowcountry’s Culinary Institute of the South, which opens in January at Buckwalter Place in Bluffton and was unveiled to the public in November. For the last two years, students have been training, a few miles away, in a teaching kitchen at the college’s Angus Cotton Academic Center.

The 29,000 square-foot training facility has space to accommodate more than 300 students in seven academic classrooms, a US Foods Innovation Kitchen, a Sea Pines Teaching Kitchen, a bake lab, and a Montage Palmetto Bluff Auditorium. The school has a teaching restaurant sponsored by the SERG Group, the Liz and Todd Clist Café, and the FOODSeum, an interactive museum open to the public.

The culinary institute is providing quality and affordable academic learning, said Chef Miles Huff, dean of the school since 2018. 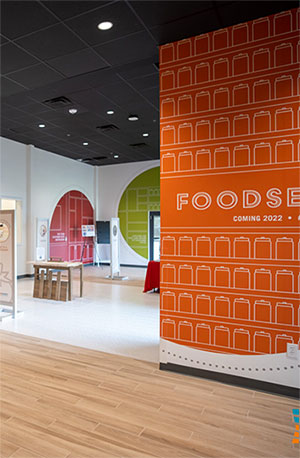 Food preparation and service jobs made up 15.5 percent of employment in Hilton Head, Bluffton and Beaufort in 2020, compared to 8.8, nationally, according to the Bureau of Labor Statistics’ latest report. Chefs, head cooks and first-line supervisors were the highest paying jobs.

“Bluffton and Beaufort County are the fastest growing areas in South Carolina,” Huff said. “There are more jobs than students to fill them. We’re already placing students in Savannah and other areas.”

Huff came out of retirement to consult for TCL, helping the school in its quest to build a culinary program. “I was brought in as a consultant during the early planning stages and then was asked to become dean,” he said.

Between 75 and 100 students are enrolled for the current semester, Huff said.

The school has associate degree programs in Hospitality, Culinary, and Baking and Pastry Arts. There are also four certificate programs, including Healthy Cooking and Baking and Restaurant Cook skills.

While Lowcountry cooking will be represented, the school’s focus is broader, with students experiencing foods from other cultures as they go through the program, Huff said.

The student body makeup is like the general TCL population. The average age is the late 20s, according to Huff.

Degree-seeking students must complete a 10-week internship. Opportunities exist to work at the Biltmore in Asheville, Disney World, and Spain, Huff said.

Students who want a four-year degree can transfer up to 90 credit hours to the University of South Carolina Beaufort, which offers a hospitality management program at its Hilton Head campus.

Chef Orak, who started her career after high school, says she uses her own experience to recruit students and parents on the merits of pursuing an education in the culinary arts. She has worked as a chef and pastry chef, banquet manager and event planner. She’s been a general manager of multiple restaurants and is a sommelier.

“I take them through how I grew up and how I grew in the profession… getting your feet into the industry and growing through culinary,” she said. 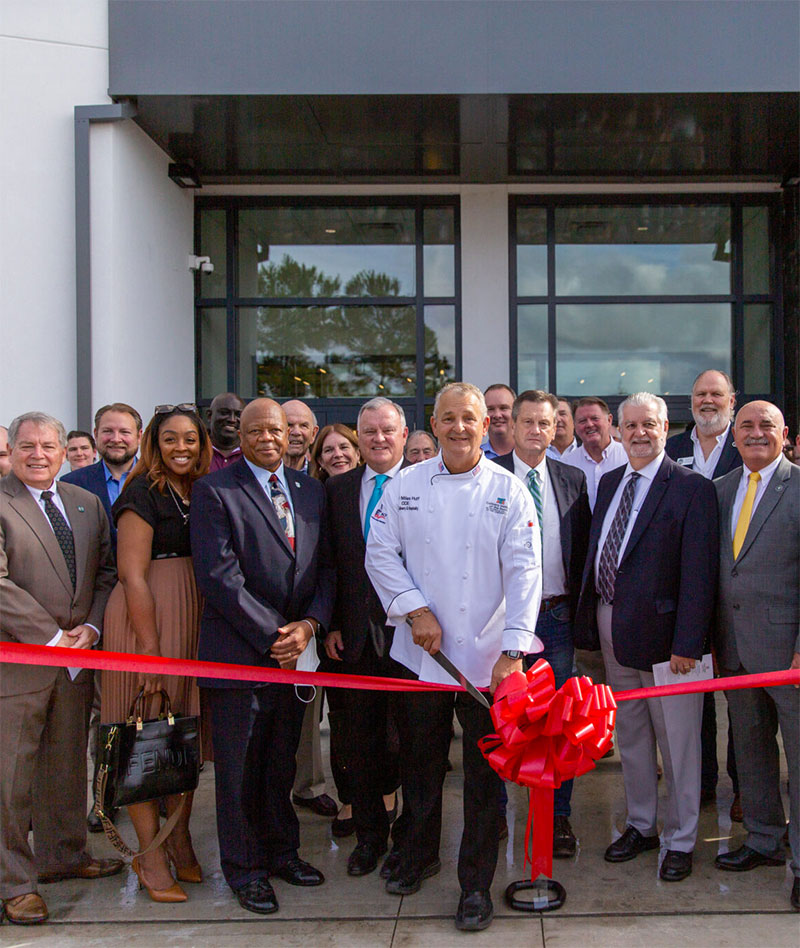 The institute is about more than training opportunities, she said. Students learn to use their talents in not just restaurants but also at hospitals and in private industries. Once they graduate, Orak said, students can expect average yearly salaries between $40,000 and $50,000.

Locals and tourists can learn about the region’s food history in the FOODSeum in the institute’s main lobby. It will host exhibitions, guest lectures and seminars. Planned displays will highlight the Lowcountry’s agriculture and farming histories, including artifacts, tools, recipes, and cookbooks.

Exhibits will spotlight cuisine themes such as Gullah, seafood and farm-to-table.