Jennie Kitty spent her life caring for people. A home health aide and midwife, she raised nine children, including a few she and her husband, Deacon Renty Kitty, Sr., took in as their own.

“Anybody we brought home with us was welcome,” the couple’s son, the Rev. Dr. Renty Kitty, Jr., said. Jennie took care of every child — at home and at work — as if they were her own. Her children say she loved everyone, no matter their color or background, and she would do anything to help another human being. 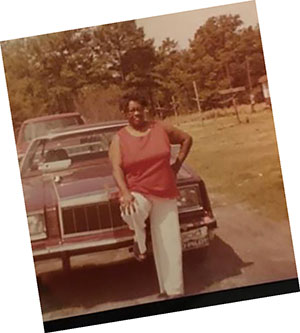 Born in Port Royal, Jennie was a graduate of Robert Smalls School and Penn School. She worked at the Bluffton Health Clinic for 27 years. Now the building where she served for almost three decades bears her name. The Town of Bluffton’s Watershed Management Building, located at 1261 May River Road, is the same building that once held the health clinic. Jennie died March 4 at the age of 90. To honor her hard work and dedication to the community, the Town of Bluffton changed the name of the structure to the Jennie Kitty Municipal Building.

“That means so much because that’s the place where she first started to give care to people,” Jennie’s son Robert Kitty said. In April, the South Carolina House of Representatives passed a resolution to remember and celebrate Jennie’s life.

During her career Jennie delivered 39 babies. When she saw that parasites were killing low-income and African American children in the area, she fought for better healthcare for them. And when the Ku Klux Klan threatened her white boss for saving the lives of Black children, she made sure he and his family were safe.

At the clinic, Jennie worked alongside head nurse Jane Pitts and Dr. Donald Gatch, one of the few local white doctors who treated Black patients. Gatch became known nationally as “the hunger doctor” after he spoke up about malnutrition and intestinal parasites, according to a March 11, 1971, article in The New York Review. Gatch called out the other doctors in the area for their discriminatory practices.

The doctor called Jennie one day from his private practice near Simmonsville Road and S.C. 46. He

said the Klan was coming for him and his family. His wife and children were at their home on Alljoy Road.

“My mother got in her car like the trooper she is,” Renty said. “And she got Dr. Gatch’s wife and two sons, and they stayed at our house, which is on what is now called Kitty Road.”

Jennie organized a group of about 30 people who gathered around Gatch’s clinic, armed and ready to protect him from the Klan.

“All of that to protect us, her children,” Renty said. “She wanted her children to have a fair chance and to live just like everyone else. Every child that’s my age, or a couple of years older than me, owes their life to her.”

In 1964, Jennie asked President Lyndon Johnson for money to build a daycare center. Although she didn’t receive all the federal funding necessary, the daycare center did open and is now called the Bluffton Community Center.

Five years later, Jennie showed U.S. Senator Fritz Hollings around the poverty-stricken areas of Bluffton. As a result of her efforts, the Beaufort-Jasper Comprehensive Health Clinic was founded in 1970 and continues to provide healthcare to low-income residents.

“We thank God that she was a great encourager to all, especially unto us,” Renty said. “She was a pioneer, a trailblazer, and she believed in treating people good. She’d say, ‘It’s good to be important but more important to be good.’”