The Low Country Kappa Delta Alumnae chapter raised nearly $1,600 for the Child Abuse Prevention Association of Beaufort (CAPA). Thirty KDs, their friends and families walked together on Hilton Head’s Coligny Beach. More than 50 individuals, families and teams also walked “virtually” or in their own neighborhoods. The fundraiser also raised nearly $400 for National Kappa Delta’s Shamrock Project in support of Prevent Child Abuse America. To date, Kappa Deltas have donated more than $26 million to prevent child abuse in this country. 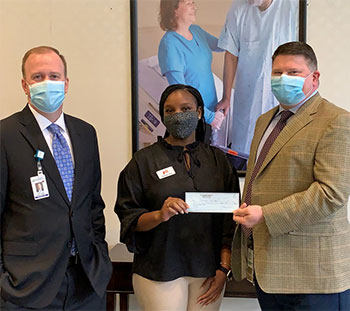 Hospice Care of the Lowcountry helped fulfill a final wish for a Hilton Head resident. Joseph Eagers Jr., 95, recently visited Tower Beach in Sea Pines for the final time, at his daughter Jan’s direction, a news release said. Melanie Carver, RN, and Maggie Clark arranged for All About Medical to escort Eagers, Jan, and his care team to the beach. The trip was made possible through the We Honor Veterans program provided by Hospice Care of the Lowcountry.

“I feel complete peace and no regrets regarding the last days of my father’s life. It was very important to me to share this last adventure with my Dad,” Jan said.

The fitness center at Sea Pines Country Club is ranked among the Top 50 Fitness and Wellness Centers in the U.S. by Club + Resort Business (C + RB). The center is ranked No. 37. The fitness center was expanded from 2,500 to 7,300 square feet in 2019. C + RB covers the operations and management staff at country clubs, city clubs, yacht clubs and resorts that operate club-like facilities. 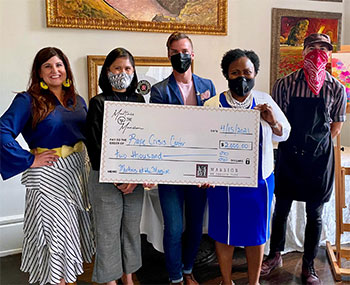 MARTINIS AT THE MANSION RAISES $2,000 FOR NONPROFIT

After canceling the 2021 All Saints Garden Tour, All Saints Episcopal Church has created a collection of note cards to raise funds. The cards feature artwork from eight of its past garden tour posters. The packets of cards are offered for a donation of $20 (or more) to benefit Family Promise of Beaufort Co., Hilton Head Island Safe Harbour, The Hunger Coalition of the Lowcountry (HHI Backpack Buddies), Antioch Educational Center (Jasper Co. Backpack Buddies), Crossroads Community Support Services (BackPack Buddies of Bluffton), and St. Stephen’s UMC Outreach Foodbank. The garden owners scheduled for the 2020 and 2021 tours have agreed to be on the 2022 tour. To learn more, visit allsaintsgardentour.com. 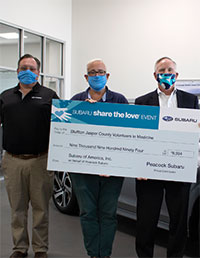 Peacock Subaru Hilton Head presented $9,994.20 to Greater Bluffton Jasper County Volunteers in Medicine at the end of its annual Subaru Share the Love campaign. The Share the Love event was held at the end of 2020 when the dealership invited each Subaru buyer to designate a portion of their purchase price to benefit either a national nonprofit organization or Peacock Subaru’s hometown charity.

The Heritage Classic Foundation team worked with Coca-Cola Consolidated during the 2021 RBC Heritage Presented by Boeing to enhance the PGA TOUR golf tournament’s can and bottle recycling program.

Volunteers from the Bluffton High School Football team collected more than 45 yards of aluminum and polyethylene terephthalate plastic (PET) during the tournament. In partnership with Clemson University and Coca-Cola Consolidated, the university will process those used bottles and cans so they can be made into new bottles and cans. 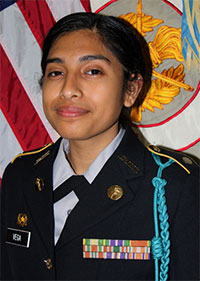 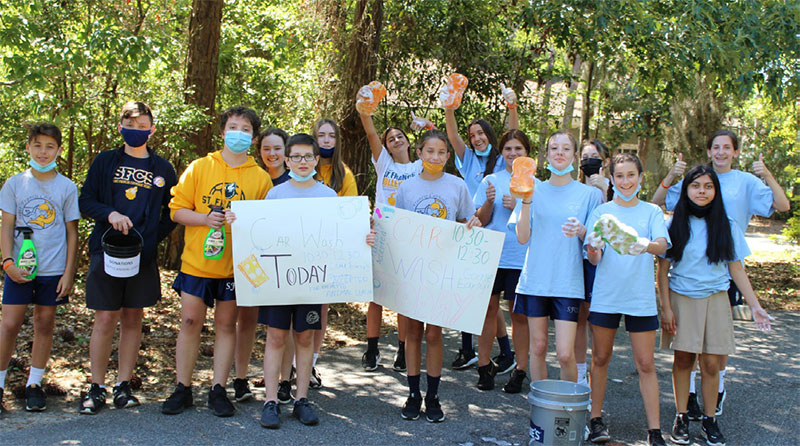