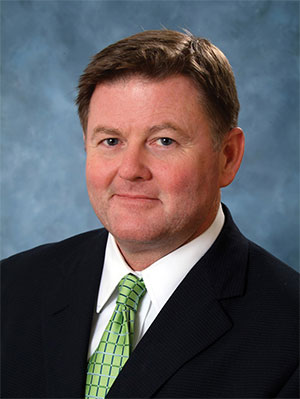 I'm the sponsor of the medical marijuana bill in the S.C. Statehouse in this new legislative session.

My support for medical marijuana came long before my brother Tom died of cancer. Tom had squamous cell carcinoma and I vividly watched as the cancer literally consumed a healthy, happy 45-year-old.

Medical marijuana was one of the treatments Tom utilized toward the end of his life and I saw two important and irrefutable ways in which it helped him. He was in tremendous pain and couldn't eat or hold food down.

I think he held on for months longer due to the positive effects of medical marijuana.

To make a clear distinction, I'm not in favor of wholesale legalization of marijuana; I've seen firsthand how it has destroyed lives and mushed brains. I was a child of the 1970s and 80s and still have friends and acquaintances that were "stoners.” They were kids who smoked too much during the brain formative years and to this day are not exactly right and for some, to their own admittance, it has done tremendous harm.

It also seems that the environment for the legalization of medical marijuana has changed over the years I've been in the Statehouse. It used to be that some of our older friends were against it, but today's seniors grew up in the 1950s, 60s and 70s and it's not as much of an issue.

The days of “Reefer Madness” were left in the 1970s. I think the support from that demographic is also due in large part to the fact that as people are living longer, they are taking a more natural approach to pain management and personal freedom. Couple that with more acceptance of medical marijuana in the medical field and it seems as though the timing could be right.

Legalizing medical marijuana will in no way force anyone to utilize medical marijuana for the array of illnesses it can help, but it does give us as Americans and South Carolinians the freedom to choose what treatments may work best for us. This is especially true in this time of opioid crises; it's an alternative that we as Americans should be able to utilize if we choose.

I take no issue toward those against it or to those that would not utilize it — they need to be part of the conversation. I know there are logistic issues with legalization, but those are hurdles to overcome. The ability to take the best methods from other states will be of great help.

I also ask, as I normally do, for guidance from professionals and from the wealth of knowledge my constituents generously share, and I have found that the number of people who comment on medical marijuana are overwhelmingly in favor of it. Dissenting opinions are also welcomed and considered. I look forward to a robust debate and hopefully a good outcome on this important bill.