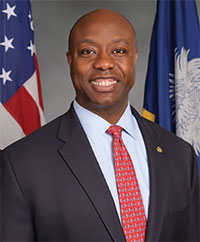 Sens. Tim Scott (R-S.C.), Chris Coons, (D-Del.), and Reps. Jason Crow, (D-Colo.), and Troy Balderson, (R-Ohio), introduced the Next Generation Entrepreneur Corps Act, which aims to boost new businesses and job creation in underserved communities through a competition, a news release said. The act is a five-year $368 million investment that plans to directly support the creation of 320 new businesses each year.

Barriers to capital access have only risen during the COVID-19 pandemic and minority groups in particular wrestle with being twice as likely to be denied loans and often pay higher interest rates than peers, according to the release.

A selection committee of 12 industry experts will review applications for the program and select 320 entrepreneur fellows annually from diverse backgrounds to start traditional and high-growth-potential businesses in distressed, low-income census tract areas, the release said.