JANUARY: The year began with the death of Lowcountry legend Pete Dye. The visionary golf course architect, who designed Harbour Town Golf Links with his wife, Alice, and World Golf Hall of Famer Jack Nicklaus, was 94 years old. Dye built the Long Cove Club on Hilton Head Island and an 18-hole course in Colleton River Plantation. He also designed the Ocean Course at Kiawah Island, among many others.

Nicklaus paid tribute to Dye, tweeting: “I think Pete Dye was the most creative, imaginative and unconventional golf course designer I have ever been around.”

In Okatie, a mound of debris was finally removed from Able Contracting after forcing nearby residents to evacuate last year. The mound smoldered for months, creating fumes and releasing a foul odor in the area. In September, South Carolina and the state’s health department sued Able Contracting after spending $5 million to clean up the pile of trash. The lawsuit stated the stockpile was a “flagrant disregard of the public health and welfare.”

Nationally, the Senate impeachment trial of President Donald Trump began. It ended with his acquittal in February. In Australia, wildfires raged, burning more than 12 million acres. At the time, more than 800 million animals were killed.

The global sports world was stunned by the death of basketball star Kobe Bryant, his daughter and seven others; they were killed in a helicopter crash.

And in China a virus was spreading. 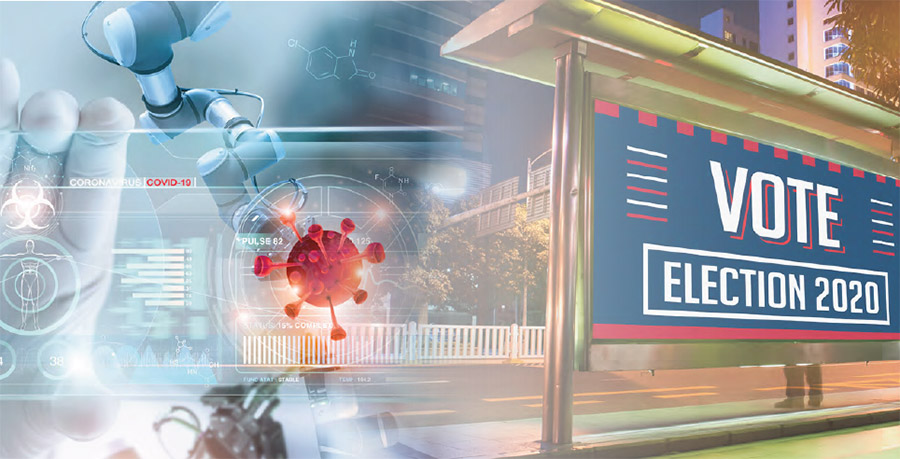 Also, tree clearing on Interstate 95 was proving to save lives.

The South Carolina Department of Public Safety reported that the tree clearing along 34 miles of I-95 helped collisions drop almost 60 percent between 2018 and 2019.

In 2019, no one was killed after crashing into a tree along the highway.

The coronavirus pandemic began to spread in the United States and throughout the world; shutdowns were enacted.

The RBC Heritage Presented by Boeing was postponed. The 52nd staging of the event at Harbour Town Golf Links, which was set to be held April 13-19, was rescheduled for June, without spectators.

The Hilton Head St. Patrick’s Day Parade was postponed on March 12. The next day, S.C. Gov. Henry McMaster declared a state of emergency. The first confirmed cases of coronavirus in Beaufort County were March 14. Later in the month, McMaster closed businesses deemed “non-essential.”

Nationally, a $2.2 trillion stimulus bill was approved to boost the country’s economy.

A need for face masks inspired many volunteers in the area to make hundreds of their own masks. From medical professionals to kind-hearted neighbors, the work of many unsung heroes helped lift spirits and provide comfort.

Hilton Head Island resident Paula Traver said she spent about 12 hours each day sewing masks, and the Arts Center costume shop at one point made more than 1,060 masks. Many others did their part to help keep the community safe, including Fire & Pine, which produced thousands of protective face shields.

Coronavirus cases worldwide reached 3 million, with the U.S. reaching about 1 million cases by the end of the month.

The concern was about the pandemic, but the presidential race was coming into focus. Sen. Bernie Sanders suspended his campaign, which left former Vice President Joe Biden as the expected Democratic nominee.

Protesters filled the streets after video emerged of Ahmaud Arbery being shot and killed in Brunswick, Ga., and George Floyd’s death was filmed in Minnesota. People protested throughout the country, setting the stage for Black Lives Matter protests during the summer — including in the Lowcountry — including half a million people marching during one day in June, according to the New York Times.

Gov. McMaster ended the statewide work-or-home order May 4. Restaurants were given the OK to again begin to allow outside dining.

Locally, more than 250 businesses took the Hilton Head Island-Bluffton Chamber of Commerce Path Forward Readiness Plan pledge to adhere to safety guidelines. Many local organizations chipped in to help during the pandemic.

The number of coronavirus cases globally exceeded 6 million. There were 1.7 million cases in the U.S.

The coronavirus continued to cripple the country, with 2.5 million confirmed cases. The prestigious Concours d’Elegenace Motoring Festival, set for the fall, was canceled and rescheduled for 2021.

“While all of us will sorely miss seeing you in 2020, we are immediately shifting our focus to organizing an especially amazing event for the fall of 2021,” a statement on the event’s website said.

The area said goodbye to longtime Lowcountry journalist David Lauderdale, who announced his retirement after 43 years in newspapers.

A columnist and senior editor for The Island Packet and The Beaufort Gazette, Lauderdale was honored with the 2016 Hilton Head Island-Bluffton Chamber of Commerce’s Alice Glenn Doughtie Good Citizenship Award for his “selfless community service in the spirit of brotherhood.”

The Lowcountry also received promising news in the form of $120 million from the State Infrastructure Bank, which granted Beaufort County the funds to help pay for the replacement of Hilton Head Island’s bridges.

The number of coronavirus cases globally exceeded 17 million, including more than 4 million in the United States.

Schools began to decide their plans as the coronavirus pandemic continued. The Beaufort County School District decides to start the school year virtually Sept. 8. In October, the school district resumed face-to-face educational instruction in a “hybrid model.” It plans to resume face-to-face instruction five days a week in January, 2021.

Jonathan Griz of Hilton Head became the youngest champion of the 89th South Carolina Amateur Championship, finishing 14-under par for the tournament.

Scott F. Wierman is named president and CEO of Community Foundation of the Lowcountry. He will start effective Jan. 1, 2021.

Nationally, thousands gathered in Washington D.C. to commemorate the 1963 civil rights March on Washington and to protest police violence.

Investment in the I-95 corridor was on the forefront as a planned $314 million Agriculture Technology Campus was introduced for Hampton County. The 1,000-acre agribusiness cluster is expected to employ more than 1,500 people.

The number of coronavirus cases globally exceeded 32.7 million, including more than 6.9 million in the United States.

Hilton Head Island again earned accolades as it was named the top island in the U.S. according to the Condé Nast Travelers’ Readers’ Choice Awards. It is the fourth consecutive year the island has been ranked No. 1. Also, Savannah-Hilton Head International Airport was recognized as the No. 1 domestic airport in the country. 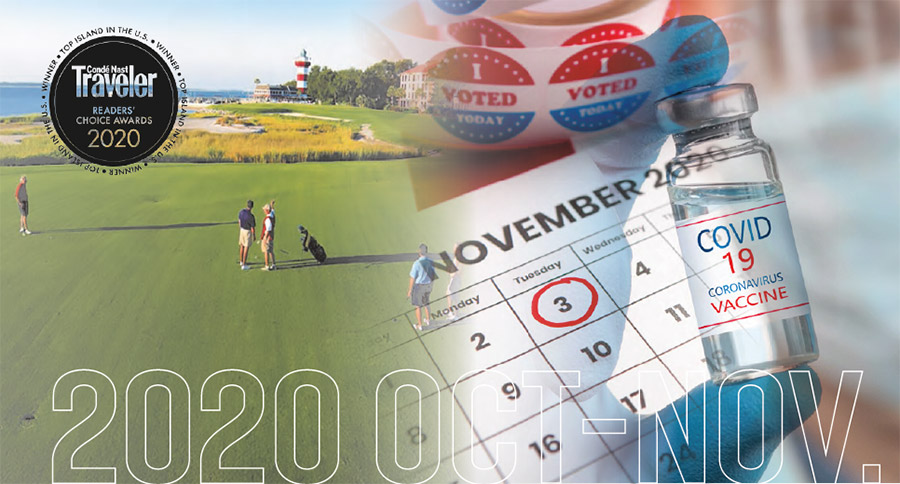 Kamala Harris is set to be the first woman and first woman of color to be elected as vice president.

President Trump did not concede in the days after Biden was declared the winner; instead he filed lawsuits in five states, including Pennsylvania, challenging the results.

President-elect Biden still moved ahead with the transition, including establishing a coronavirus taskforce.

National recognition continued for the Lowcountry as Bluffton was recognized by the New York Times as an up-and-coming area. Along with worldwide spots, the town of Bluffton was one of six waterfront towns on the rise. Hilton Head real estate agent Stacy Benedik is quoted as saying that Bluffton has a “classic South Carolina Lowcountry feel.”