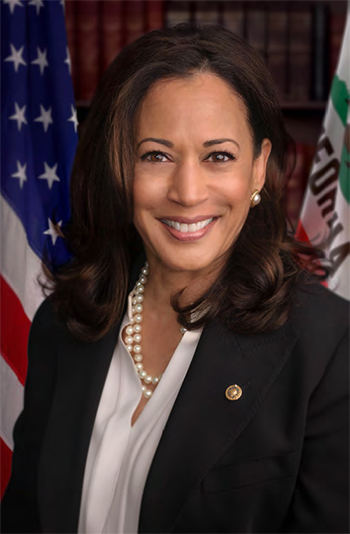 In August, Kamala Harris accepted the Democratic nomination for vice president at the Democratic National Convention. She is familiar with the Lowcountry. Last fall, as presidential candidates made their way through Beaufort County, Harris made a campaign stop at University of South Carolina Beaufort amid a standing-room-only crowd.

With a “For the People” theme, the town hall event was a blend of regional and community leaders, including Mayra Rivera-Vazquez, chairwoman of Beaufort County’s Democratic Party. “Being here in Beaufort, in the Lowcountry is about being on the ground, in touch with so many community leaders, so many civic leaders,” Harris said.

“So many faith leaders who really help confirm my beliefs, that we have so much more in common than what separates us.” Harris addressed many of the issues central to Lowcountry business owners and the workforce, and nationally, such as wages, benefits, training and healthcare. Harris spoke about immigration and the role of the Supreme Court. “It’s a big issue…and that will be one of the most important duties in front of us, to nominate lifelong appointees to the United States Supreme Court who believe in the Constitution of the United States and making sure that all of its protections are guaranteed to all,” she said.