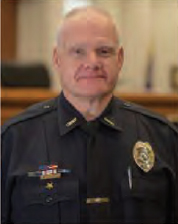 “Chief Clancy was one of the finest public servants I have ever worked with,” said City Manager Bill Prokop. “He put his stamp on the city in many ways, and he made our Police Department stronger with his leadership. His legacy is the strong department he leaves behind.”

Clancy grew up in Long Island, New York. He graduated from The Citadel in 1986 and was commissioned as an infantry officer in the U.S. Marine Corps. From 1993-97, he served the Beaufort County Sheriff’s Office as deputy sheriff, corporal and sergeant.

Deputy Police Chief Dale McDorman was named the interim chief of the police.