Whether he was cracking jokes to provide levity to patients in the operating room or leading his family on another adventure, Dr. Rick Vanderslice seldom took the expected path.

Dr. Vanderslice, who died last month after a two-year battle with cancer, was the founder of The Urology Group on Hilton Head Island in the mid-1990s and a founding partner of the Outpatient Surgery Center. He was well-regarded for his work in the medical field at home, serving on the board of Hilton Head Hospital and receiving the Circle of Care Award from the Volunteers in Medicine Clinic, but he found a new passion with the first of a dozen or so medical mission trips to Tanzania in 2006.

It was on these regular trips to Dar es Salaam, the largest city in Tanzania, and the Rufiji River delta to the south that Dr. Vanderslice developed a deeper bond with the Rev. Greg Kronz from Hilton Head’s St. Luke’s Church. The pair carved out time on each visit to Africa to hold deep conversations that strengthened their personal and spiritual connections.

“There’s a depth to the relationship that doesn’t always happen here at home,” said Rev. Kronz, who delivered an emotional sermon at Rick’s memorial service July 10. “It’s kind of like when families go through tough times and they end up with a stronger bond because of those tough times.”

At first, his wife, Joni, didn’t see what she could offer in Tanzania. She’s the founder and owner of J. Banks Design Group on Hilton Head, but she didn’t figure interior design was in demand in Dar es Salaam. But Rick convinced her to join him on one of his many trips.

Finally, she understood, and Rick and Joni made the return trip many times over the years, along with their daughters Sarah and Grace, who are now 21 and 19.

“I fell in love with the place and the people instantly, but it was even more meaningful to see his delight and pure love at heart for the people and the relationships he had already made there,” Joni recalled. “He so wanted to help and make a difference.”

He kept making a difference almost literally until the day he died. On Hilton Head, Dr. Vanderslice dedicated his skills to the Volunteers in Medicine clinic. In Tanzania, the family established the Valentine Home in 2014 to provide a home for more than 25 orphaned children.

The children returned his love by affectionately calling him Baba Ricky; he was and will always be their father.

Packed in a lot of passions

When he wasn’t working, Rick was an avid outdoorsman — a hunter and fisherman who traveled the world seeking new challenges, a hiker and cyclist — and a people person, through and through. He sought excitement and brought an infectious energy to everything he did. 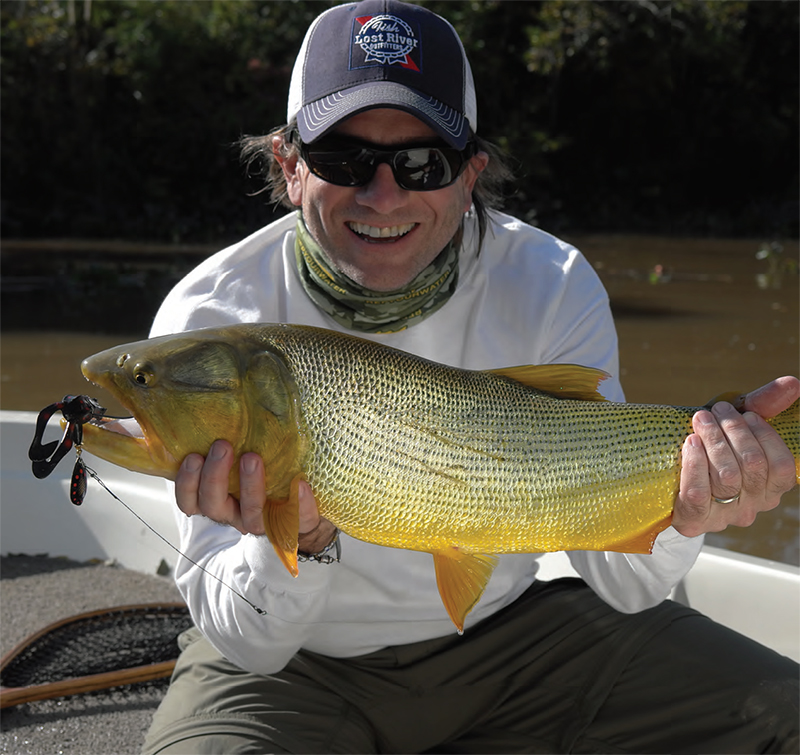 “He definitely threw me out of my comfort zone a lot of times, and I’m better for that,” Joni said. “We packed a lot of life into the time that we were together.”

Rick was diagnosed with bile duct cancer in 2018. A surgery removed his liver, cut out the cancer, and replaced the organ, but the cancer returned last summer.

Just a week before he died, Rick was visiting on the family’s porch with high school friends who had come in for his 60th birthday. The old pals stayed up past midnight, swapping stories and laughs, but Rick woke up the next morning and knew something wasn’t right.

“We would have rather had Rick Vanderslice for the 24 years I had him and the time our girls had him than to have had someone else a lot longer. That’s the bottom line,” Joni said. “We have tears, but we have laughed so much more than we’ve cried, and the stories just keep coming.”

The messages were still flooding in more than a week after Rick’s death, including one from a long-ago patient who never forgot his commitment to go above and beyond for those he served.

This particular patient left for a three-month cruise the day after seeing Dr. Vanderslice for a biopsy — at a time when making a phone call from a cruise ship started at $25 per minute. Knowing the patient would be an emotional wreck until he received the results, Rick called the cruise ship and left a detailed message with the biopsy results — normal, thankfully — so his patient could enjoy the rest of his vacation.

But that’s just a tiny sliver of the good Vanderslice pumped into this world.

“I married his heart,” Joni said. “Yeah, he was goodlooking and witty and smart and fun and a doctor, but I truly married his heart. No one has a bigger heart, and it absolutely came through.”