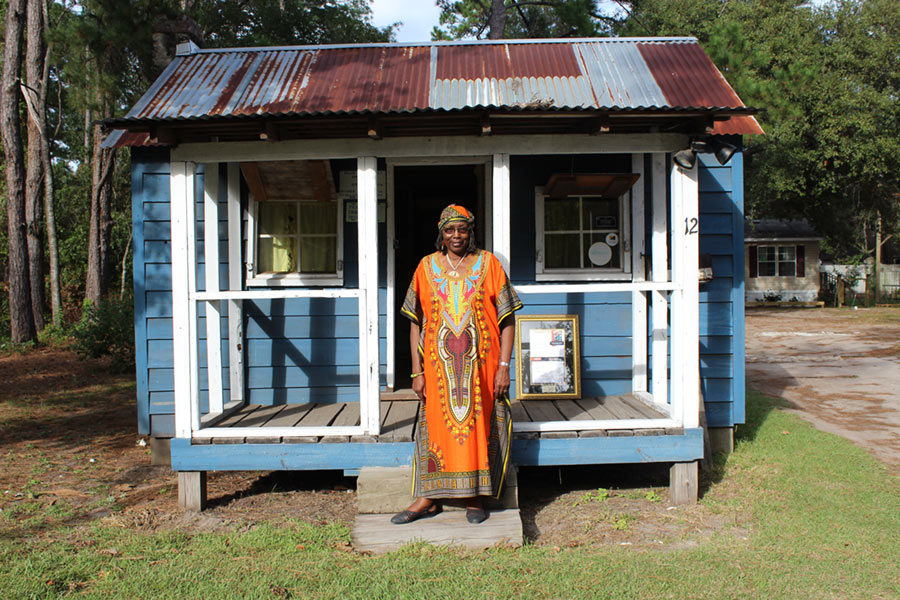 The silver semi-trailer on cement blocks on the site of Hilton Head Island’s Gullah Museum is a curiosity to passers-by on Gumtree Road.

“They wonder about its significance,” said Louise Cohen, founder and executive director of the Gullah Museum.

Resilience and the ability to repurpose items are skills many hope to develop as the country faces the COVID-19 crisis. The silver trailer on the island’s north end is a testament to strength and ingenuity of Native Islanders who lived here more than a half century ago.

Cohen explains to visitors the trailer served as home to her aunt Rena Walters in the 1950s. Walters’ original home was destroyed by fire and the family members who helped her used their creativity to make the most of materials they had on hand. Now the trailer is being restored thanks to a partnership between the Gullah Museum and trucking company Great Dane.

The unique restoration project started when Phil and Jeannette Waldrop visited the Gullah Museum last November. Cohen served as their guide.
“I told the story about how the silver trailer got in my yard. I said it is the body of a Great Dane trailer,” Cohen said.

Phil, a manufacturing technologist and retired professor from Georgia Southern University’s Allen E. Paulsen College of Engineering & Computing, knew people at the Great Dane Trailer Company’s Statesboro production facility. He offers to reach out to them about the trailer. When Waldrop’s contacts got the company headquarters in Savannah involved, a path to restoration began.
Great Dane executives asked Cohen to search for brand markings on the trailer and to send photos. She couldn’t find any branding, but she and her adult children agreed: throughout their upbringing, the trailer was always referred to as a ‘Great Dane.’ 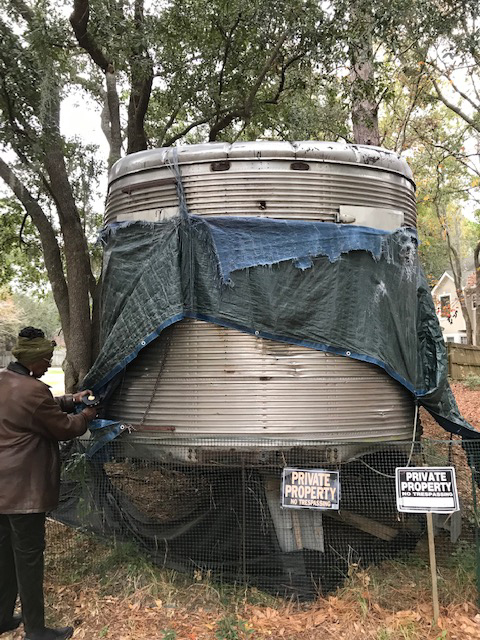 Several weeks later, Gullah museum volunteer John Ivans met representatives from Great Dane at the museum. The delegation included branch service operations manager Art Hobbs, who has been with the company more than three decades. The team determined the trailer was manufactured in either 1947 or 1948. With identification secured, Great Dane offered to renovate the exterior of the trailer and to create signage about the company’s history.

Great Dane, which was founded in 1900 and sponsors other nonprofit initiatives, sees the trailer project as part of its community relations and a way to honor its legacy. The restoration project will be overseen by Ivans.
“I have been involved with this trailer project for over 10 years. We moved the trailer, along with the two migrant workers homes, from the other side of the street to where it is now. It’s the heritage of the island,” he said.

Ivans said the trailer, which moved food products throughout the South, was involved in an accident and was moved to Hilton Head Island in the mid-50’s, where it has stayed ever since.
“It’s one of a kind. There’s no other late 40’s trailer that still exists that they know of, according to Great Dane,” he said. “The museum will restore the interior with authentic exhibits and some original artifacts and furnishings so visitors can learn about Gullah culture and history.”

Cohen is pleased that the silver trailer once referred to as an “eyesore” will be restored and will have a role in teaching people about the past. To her, the moral of the trailer’s story is “always have faith the right people will come into your life, through the grace of God.”