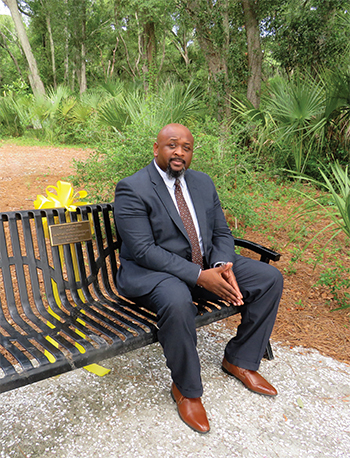 Famed author Toni Morrison might be gone, but her impact in the Lowcountry still can be felt. Morrison — a writer, editor, professor and the first African American woman to win the Nobel Prize in literature and who died Aug. 5 — was responsible for the installation of an iron bench overlooking the marsh at Historic Mitchelville Freedom Park on Hilton Head Island.

The bench was placed at the site by her nonprofit Toni Morrison Society as part of its Benches By the Road project in 2006 to commemorate Morrison’s 75th birthday. The benches mark important sites in African American history that are often overlooked by museums.

Mitchelville, established in 1862 around what is now Beach City Road, was the country’s first self-governed town for freed slaves. It also was the site of the country’s first compulsory education system, where children ages 6 to 15 were required to attend school. Harriet Tubman also spent time in Mitchelville.

MITCHELVILLE IS SYMBOLIC OF THE DREAMS, KNOWLEDGE AND DETERMINATION HELD BY THOSE WHO HAD BEEN ENSLAVED AND THEIR WILLINGNESS TO CONTRIBUTE TO THE MARKING OF AMERICA AT THE DAWN OF THEIR FREEDOM

“Mitchelville is symbolic of the dreams, knowledge and determination held by those who had been enslaved and their willingness to contribute to the marking of America at the dawn of their freedom,” the plaque in front of the bench reads. Ahmad Ward, executive director of Historic Mitchelville Freedom Park, is heading the effort to establish an interpretive center, educational programming and other amenities at the site. The master plan “should be ready by the end of this year,” he said in August.

A proposal that St. James Baptist Church relocate to Historic Mitchelville Freedom Park has put the site plans “in a bit of limbo,” Ward said. The Town of Hilton Head Island notified the church several months that it must move due to safety concerns following expansion of the runway at Hilton Head Island Airport.

Another recent unexpected turn of events at Mitchelville: This summer, archeologists from Binghamton University, searching for remains of the community’s original praise house, encountered what appear to be much older artifacts from an indigenous spiritual site in the same location. These discoveries are being analyzed in laboratories at the university. If confirmed, they will add a new dimension to the historical significance of the area.

As historic tourism becomes a bigger piece of Hilton Head’s economic pie, excitement is growing for Mitchelville. Ward’s project recently received $150,000 in state funds in part due to the efforts of state Sen. Tom Davis and state Rep. Jeff Bradley. The Town of Hilton Head Island and Beaufort County are supporters. The project will be built in phases and may have an estimated final cost of $7 million to $15 million, Ward said.