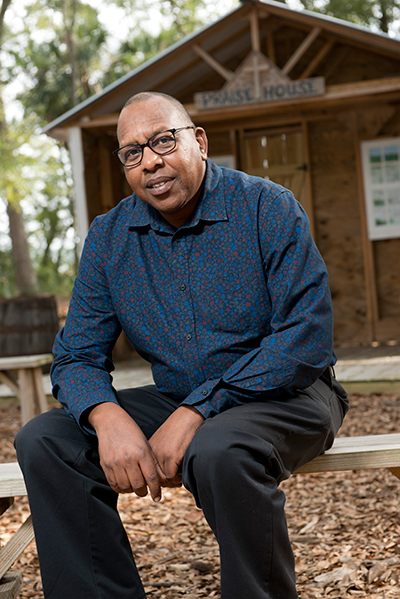 For Lavon Stevens, preserving Hilton Head Island’s Gullah heritage comes down to one simple truth: If people lose their land, they lose their culture.

“People have been losing their land here, thereby losing the culture, for many reasons,” said Stevens, chairman of the Gullah-Geechee Land & Cultural Preservation Task Force.

The task force — comprised of Town of Hilton Head Island officials and native islanders — is finishing the first phase of a project designed to identify and resolve issues to help native islanders maintain ownership and maximize the potential of their land.

But there’s another truth for some native islanders: They don’t think anything will change.

After all, attempts to preserve Gullah culture have been made before. For example, the Ward One Master Plan in 1999 and a 1995 project known as the R/UDAT Study included elements addressing Gullah life and culture, but native islanders say the plans did not end up helping their community as Hilton Head developed a reputation as a place for tourists and retirees.

“We are going around in circles,” said native islander Thomas C. Barnwell Jr., 83, a land developer and real estate entrepreneur.  “When will we have the oversight?”

Barnwell said three Hilton Head Town Council members should oversee the implementation of any actions that come out of this latest project.

The Walker Collaborative, a Nashville-based consultant firm, has been hired to create a strategy that will directly address issues raised by native islanders. The consultants, headed by Philip Walker, are targeting Gullah cultural preservation; potential revisions of the Land Management Ordinance and other policies; and heirs’ property — land passed down from one generation to the next without clear title of ownership. Working with Walker are St. Helena Island native Victoria Smalls, who brings cultural expertise, and Craig Richardson of Clarion Associates in Chapel Hill, North Carolina. Richardson, a planner and land use attorney, led the last rewrite of the LMO, according to Walker.

Over time on Hilton Head, officials crafted policies for land use and development that did not factor in the Gullah way of life, Walker said. This includes ordinances that limit how owners can use or develop their properties — for example, the number of houses on the property and how those houses are constructed. Walker said more than 1,000 acres of land belong to native islanders.

“Long before we had resorts and gated communities and golf courses, we had the Gullah people. They were the population,” Walker said. “What has happened is you are losing Gullah people. The good news it is not too late.”

Michael Cohen Jr. has a small farm just off Spanish Wells Road. He wants to continue a business and live the way his grandfather and father did. But his neighbors have filed complaints in the past about alleged animal cruelty, noise and the land’s appearance.

“They move around you and try to control you,” he said during a community meeting held last fall by the town and Walker Collaborative.  “They will call the police on you … they moved on top of you.”

Most native islanders are descendants of escaped slaves who found freedom and a home on Hilton Head during the Union occupation in the Civil War. After the war, they maintained many aspects of their African roots — food, art, and religious expression — and their Gullah language, a dialect influenced by both Europe and Africa. Farming and fishing were the way of life.

“Our culture is about surviving — farming, crabbing, oyster fishing and hunting,” said John Stewart during the community meeting. “We lived off the land.”

The task force has targeted education as a way to help property owners keep their land. The town is creating a Gullah Resource Center at Town Hall, as well as a website devoted to resources for the Gullah community. A Gullah liaison also will be added to the town staff.

The consultants’ recommendations are expected go to Town Council by spring. Council approval would launch an implementation phase, which is what makes this project different from others, said Jayme Lopko, a senior planner for the town.

Native islanders and their supporters also are hopeful.

“We’re hoping that this time will certainly be different and that people can believe and trust in the process … that we will get something done ...,” said Stevens, a member of the town’s planning commission.