Last year, the Trump administration issued permits to five private companies to use seismic testing to map out oil and gas deposits along the Atlantic coast, creating some unexpected political bedfellows in South Carolina.

U.S. Rep. Joe Cunningham, the first Democrat to flip a South Carolina congressional seat in three decades, announced Jan. 8 that he will revive a measure to ban offshore drilling for 10 years first introduced by Mark Sanford, his Republican predecessor. The bill languished in committee under GOP House leadership.

““(O)pposition to offshore drilling has bipartisan consensus,” Cunningham said in January, “and I support the attorney general’s efforts to protect our vibrant natural resources, environment and economy from the devastating effects of oil and gas exploration.”

Meanwhile, a bill has been introduced into the Republican-led South Carolina legislature to prohibit the development of onshore infrastructure to support drilling.

The South Carolina Petroleum Council and its parent organization, the American Petroleum Institute, did not respond to interview requests. But supporters of seismic testing argue that it makes sense to take an inventory of available resources for future drilling efforts. 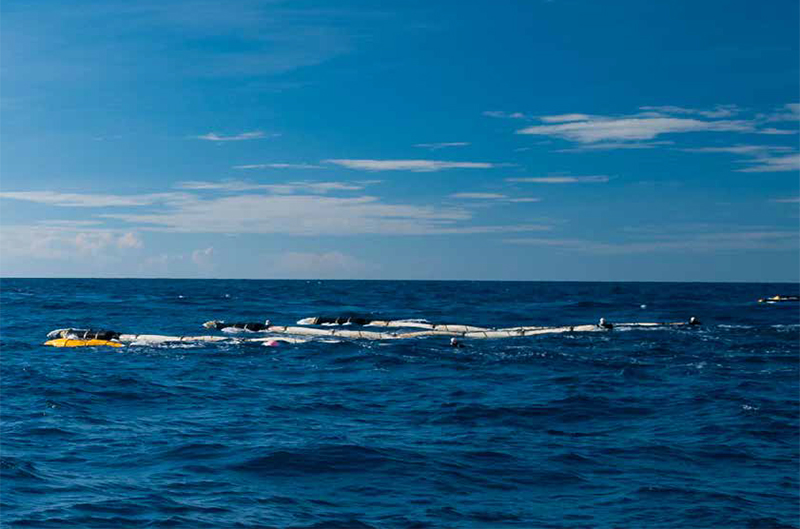 “The United States is blessed with substantial reserves of oil and gas off the Atlantic Coast and it is nothing short of folly not to exploit those abundant resources,” Robert W. Chase, former professor of petroleum engineering and geology at Georgia’s Marietta College and consultant for the oil and gas industry, wrote Jan. 4 in The Hill. “East Coast states stand to gain hundreds of millions of dollars in revenue and royalties as the need for increased oil and gas supplies continues to grow.”

Groups opposed to seismic testing say it poses threats sea life like the endangered North Atlantic right whale, turtles and fish. “Airguns” used in testing are pulled behind boats and send repeated blasts of sound over as much as five square miles that can be heard up to 2,500 miles away, according to the National Resources Defense Council. Such concentrated sound waves can kill and injure mammals and turtles, interfere with their behavior and communications and reduce available prey.

“This harms marine life, especially marine mammals,” says Laura Cantral, executive director of the Charleston-based Coastal Conservation League. “It also will have a big impact on the health of our fisheries … up and down the Atlantic coast.”

A 396-page report issued by the National Marine Fisheries Service in November found that testing could negatively impact up to 300,000 marine animals, notably turtles and cetaceans, causing “behavioral changes, stress, and a reduction on prey availability.” The report endorses testing, concluding there will not be significant short-term impacts on marine life even as it acknowledges that there may be “long-term, aggregate population level impacts.”

“It’s harmful, it’s dangerous, it’s extremely loud, and they wouldn’t be doing it if they weren’t headed toward offshore leasing and development,” Cantral says. “People should know that they are only going to provide proprietary information to oil companies, not to the government, and not to South Carolina coastal communities.”

The public will be able to comment on the proposal when the Department of Interior releases a draft five-year plan — delayed by the shutdown of the federal government.

In the meantime, Cantral says, “support those local leaders in opposition and let your federal delegation know. The island lifestyle, the beauty, the 2.3 million visitors to Hilton Head Island — this activity threatens all of that.”