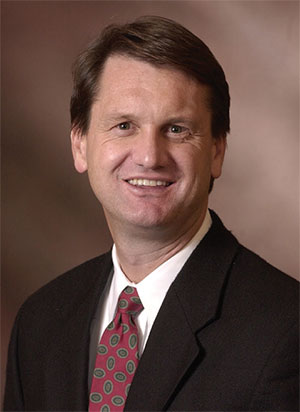 Question. What is different about the homeowners association bill that you blocked last year but passed this year? Why do you think we didn’t need a state agency to oversee neighborhood groups?

Last October, I published an opinion piece explaining why, as the 2017 legislative session in Columbia drew to a close, I blocked the so-called HOA bill that had been passed by the House. Here’s how we amended that bill so it could be passed during the 2018 session and signed into law by the governor.

The 2017 HOA bill contained some solid reforms. For instance, it obligated a seller to give copies of association documents to purchasers and expressly gave magistrate courts jurisdiction over civil disputes pertaining to associations. And if that is all it did, I would not have blocked it.

But it also created a new state agency called the Office of the Homeowners Association Ombudsman and gave it broad powers to supervise and regulate the affairs of homeowners and associations.

Equally bad, I thought, was the section of the bill that laid the groundwork for the new state agency’s expansion and established a predicate for government levies. Homeowners would end up paying fees to fund the new bureaucracy — which would be in addition to, of course, the association dues and fees they’re already paying.

At the start of the 2018 legislative session, I met with the HOA bill’s author, Rep. Heather Crawford from Myrtle Beach, and with homeowners, Realtors and property managers to see if common ground could be reached. We worked for several weeks to resolve our differences and understand each other’s concerns.

They understood that for me, creating a new state agency and giving it regulatory authority over what I consider to be essentially private contractual relationships was a deal killer, and that the Office of the Homeowners Association Ombudsman had to be completely excised from the HOA bill. And so it was.

For my part, I came to understand that, for Rep. Crawford, the most important thing was to ensure that homeowners got actual notice of meetings where associations intended to consider fee increases. She pointed out that many homeowners associations are not incorporated under the South Carolina Nonprofit Corporation Act and had a track record of running roughshod over homeowners.

We added language to the bill to provide that “the homeowners association must provide notice to homeowners at least 48 hours in advance of the meeting in which a decision to raise the annual budget is made.”

I also came to understand that homeowners are often not aware of their rights and obligations, and that for many the hiring of an attorney is a prohibitively expensive option. To address this, we added language that directed the state Department of Consumer Affairs to include on its website information on the governance of homeowners associations and other educational materials about associations.

Our finished product ended up being something all sides were happy with, and Rep. Crawford and I offered it as a comprehensive amendment to the HOA bill. It was passed unanimously by both legislative chambers and signed into law by the governor. That’s the kind of outcome we need more of in Columbia.

Tom Davis is a state senator representing Beaufort and Jasper counties. He can be emailed at tom@senatortomdavis.com.