It’s a good idea to think twice about tossing that plastic bottle in the trash —the landfill that serves Hilton Head Island, Bluffton and the rest of Beaufort County is filling up fast. But if you care and take the time to seek out a recycling bin, you may find yourself wondering: Before I recycle this, do I need to remove the cap?

You’re not the only one. Most Beaufort County residents often don’t know exactly what can and can’t go into the recycle bin. (And for the record, plastic caps can’t be recycled, and the bottle becomes waste if the cap is left on.)

A bigger emphasis on recycling — and recycling education — could postpone the need to build a new landfill, which will be necessary in about seven years if we don’t change our ways, local officials say. 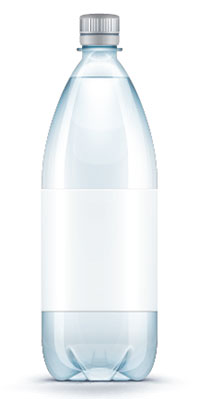 “All of us are going to be faced with bearing the burden and paying the price of a new landfill,” said Mark Baker, a principal at Hilton Head-based land planning firm Wood + Partners and board chairman of nonprofit group Experience Green. “There are great opportunities in residential recycling.”

If there are so many benefits to recycling, why is the Lowcountry’s landfill still filling at an alarming rate? For a community’s recycling program to be successful, experts say, recycling has to be cost efficient, simple for residents, and accompanied by a robust public education campaign.

Hilton Head environmental consultant Mike Bennett says the financial deck is stacked against recycling in Beaufort County. At Waste Management’s materials recovery facility near the Beaufort-Jasper Academy for Career Excellence on S.C. 462 — the area’s only collection facility — local residential waste haulers are billed per ton of dropped-off mixed recyclables. In contrast, there’s no fee to dump a load of trash into the adjacent Hickory Hill landfill because the county picks up the tab for solid waste disposable.

“It’s a reverse incentive,” said Bennett, who represents Hilton Head on the Beaufort County Solid Waste and Recycling Board and believes the county should either stop paying for the landfill disposal fee or start paying for the recycling processing fee.

The country receives a share of the profit when Waste Management sells the materials they drop off.  But the price of recycled materials — like many commodities — has plunged recently.

To understand why requires a global lens.

The U.S. exports much of its recycling, mostly to China. For decades, China used recyclables to support its manufacturing boom, but recently changed its policies about accepting foreign materials. As a result, prices paid by materials recovery facilities around the U.S. dropped.

“It used to be that recycled materials had a value and were an asset rather than a liability,” said interim Beaufort County administrator Josh Gruber.  “We’re now having to pay to dispose of them.”

Statistics presented at the Beaufort County Solid Waste and Recycling Board’s March meeting show a $478,076 cost to the county for recycling in the 2017-2018 fiscal year, versus $601,367 in this fiscal year (through February). The increased cost is due to the loss in value of recycled materials and population growth, Gruber said.

Studies show most people will recycle if it’s convenient. Taking a recycling bin with commingled — or mixed — materials to the curb is easier than driving to one of the county’s seven recycling centers and separating glass, plastic and aluminum into separate dumpsters.

In the town of Bluffton, the cost of curbside, commingled recycling is paid by property taxes. Private haulers servicing Hilton Head and the rest of the mainland also use a commingled system, which is also referred to as single stream. But what single stream wins in volume, it sacrifices in quality.

In its contract with the Town of Bluffton, Waste Management is required to help town staff conduct public education about recycling. But a stroll around almost any participating neighborhood on collection day is enough to see what can go wrong. In Bluffton’s Hidden Lakes neighborhood on a recent Tuesday morning, some of the open green bins residents had set out by the curb contained greasy pizza boxes, a motor, a jar half filled with mayonnaise, broken bottles — which are hazardous to workers at recycling plants — and cardboard being soaked by a home’s sprinkler system.

According to Waste Management’s website, “One piece of wet cardboard can spoil an entire load.”

The Container Recycling Institute, a national nonprofit research and advocacy group, estimates about a quarter of single-stream recycling in the U.S. ultimately ends up in the dump because of contamination. Local figures on contamination aren’t available because residential waste haulers aren’t required to keep track of the volume of recycled materials they collect and then discard because of contamination.

National recycling advocates say most municipalities and recyclers do a bad job at educating their local public about recycling. The solution, they say, is better consumer awareness, not abandonment of programs.

Beaufort County will soon request proposals for new hauler contracts for unincorporated portions of the county.  Gruber said it’s possible that curbside collection and disposal costs of residential recycling could be included in these new contracts and paid for through residents’ property tax bills. Residential recycling could also be funded by a separate fee, similar to the stormwater utility fee paid by all Beaufort County residents.

Experts agree that a single hauler is the most cost-effective and energy-efficient solution. But when the Town of Hilton Head Island moved to a single hauler in 2017, unique problems such as service yards — which are more expensive to collect from than curbside — and the seasonal variation in volume at second homes and rental properties doomed the effort. Residents were vocal in their reactions, and the town cancelled the contract.

But Hilton Head officials might be willing to try again. “Maybe we gave up a little too fast,” said town manager Steve Riley. “We weren’t used to receiving the complaints this type of thing generated.”

In the town’s recently completed visioning process, one of the highest priorities that emerged was “a strong community desire to become truly sustainable by today’s measure,” Baker said.

Recyclables should be rinsed to a standard of “reasonably clean.”