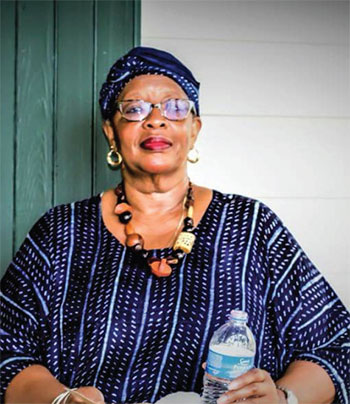 The “songbird of Bluffton” has flown. Pressana Grant, who became well-known for singing at local events, died Nov. 1 at the age of 61 in a single-vehicle crash on Bluffton Parkway near Burnt Church Road. A community gathering was held in her memory on Nov. 9 at the Rotary Community Center at Oscar Frazier Park in Bluffton, following funeral services at Campbell Chapel AME Church. Mourners crowded the church’s sanctuary and an overflow room.

The community gathering was organized by Grant’s long-time friend Bridgett Frazier, who said, “Pressana would have been in awe. So many people of all ages, races and denominations came together.” A member of St. James Baptist Church on Hilton Head Island, Grant was an active member of the choir. The single mother of three and grandmother to six, she founded the Hilton Head Island High School gospel choir, which reunited three years ago for a concert and was planning to do so again in December. In June, Grant sang at the town of Bluffton's ceremony for the Garvin-Garvey House. Friends and family say she will be missed by all who knew her.