Chancellor Ai M. Panu is proud of the friendly, family-like atmosphere at the University of South Carolina Beaufort. Staff and faculty greet students by name and with smiles; the bulletin boards outside the admissions office are filled with flyers for special events and book club meetings, job opportunities, academic workshops and a volunteer trip to Puerto Rico.

It’s an atmosphere he’s worked hard to cultivate, even as the school’s size has skyrocketed. USCB recently was ranked the fifth-fastest growing university in the nation by the Chronicle of Higher Education.

USCB differs from the other arms of the University of South Carolina in several ways. Up until 10 years ago, the school only offered two-year associate degrees in a limited number of programs. But as the Lowcountry population grew and enrollment began to climb, the school made the switch to four-year degrees programs. With the new degree programs came an increase in student retention, hitting a rate of 62 percent this year. Panu would like to see even more students choose to remain at USCB to earn their degrees.

“Because of our two-year history, a lot of people come here with the intentions of transferring, which is fine,” he said. “Our goal is to elevate and educate students. We would like to continue to see more of those students who are not intending to transfer.” 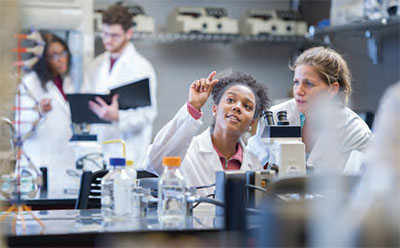 Jayme Brinson is one of those undergraduates. He had hoped to attend USC’s main campus in Columbia, but ran into difficulty securing the financing. So he enrolled at USCB, and hasn’t looked back.

“I have been more than satisfied with my choice in university,” Brinson said. “I may not have chosen to come here initially, but I certainly chose to stay, which I think says it all.”

Transferring students are not the only challenge to the school’s retention rate. Financial or academic problems sometimes force undergraduates to drop out. The university tries to intervene in those cases to head off the withdrawal — professors try to make sure to check in with each student and offer referrals to different departments when needed. For the most part, their efforts are paying off.

“The [professors] have helped me establish myself as a professional within the industry by connecting me with several internships and employment opportunities — all experience I am grateful for,” said senior Rebecca Warth, who is studying communications. “It is because of the exceptional faculty members within my major program that I have become a passionate student.” 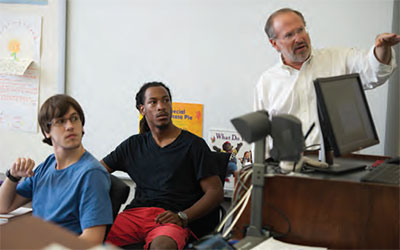 To further cement its standing as a local school that offers something for everyone, USCB officials work closely with Lowcountry town leaders to ensure its programs meet the region’s employment needs. For example, the school will be opening a new Hilton Head Island campus for its hospitality program, focusing on the island’s world-class resorts. Nurses are in short supply at area hospitals, so USCB has expanded its popular nursing program. The school’s education department focuses on training would-be teachers for work in secondary schools to meet demands from the Beaufort County school district.

And, of course, new courses are developed based on student interest. USCB’s computer science degree program is the fastest growing on campus, keeping pace with the national rise in technology jobs. USCB is even considering expanding the program to include its first-ever graduate degree.

In 2008, the University opened its first student housing, giving students the chance to live on campus and truly experience college life. With an occupancy rate of 100 percent, it seems the dorms are a popular option — and demand keeps rising. The school has seen a spike in housing requests from upperclassmen and female students — a welcome sign that its student retention efforts are working.

As the school becomes more popular, USCB is looking to spread out a little. Currently, space is at a premium — and not just in the dorms, but also in classrooms and academic offices. To give everyone a little bit more room to study, the college is working to secure funding for new buildings and more student housing.

It’s just a sign to Panu that USCB has found its stride as a four-year university.

“We have a first-rate faculty and staff,” he said, “and they make all the difference.”