Lowcountry residents remember all too well the impact Hurricane Matthew had on the area just a year ago.

So after Hurricane Harvey and Hurricane Irma wreaked havoc on Texas, Florida and the Caribbean in quick succession, many in the Lowcountry felt the need to help. Local individuals, businesses, schools and charitable organizations have stepped up to offer aid to the victims of the storms, sending money, gift cards, bottled water and other supplies.

“I think when you’ve gone through a natural disaster situation like we did last year with Hurricane Matthew, when you see others experiencing the same thing or even worse than we went through, you want to go,” said Benedette McGuire, the director of missions and outreach at LowCountry Community Church. “You want to respond and be the hands of feet of Jesus to them in the way they were to us.” 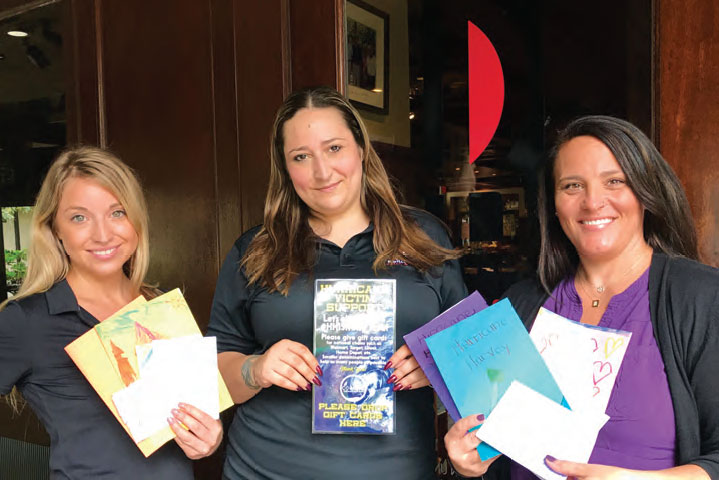 The church is sending between 40 and 45 volunteers to Houston to help Samaritan’s Purse with Harvey relief efforts. As of mid-September, the church had collected $5,000 in Walmart gift cards to give to churches in Texas. To get involved in the church’s efforts, email McGuire at missions@lowcountrycc.org.

Several other churches, including Mt. Calvary Missionary Baptist Church and the Unitarian Universalist Congregation of the Lowcountry, also have been collecting gift cards and requesting donations for Harvey relief efforts.

Bluffton resident Heather Price has been working with local businesses, including Ulmer Pharmacy, the Carriage Shop, Art Cafe, Lettrs Gifts and Conviction Training Facility to collect supplies for victims of Harvey and Irma. 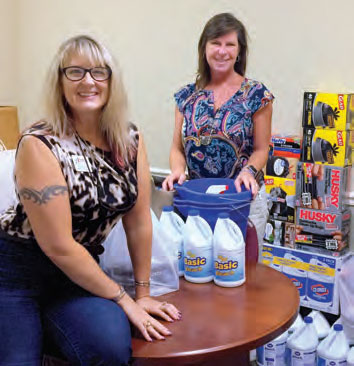 Businesses such as Rainbow International Restoration of The Low Country and CRAB: Coastal Restaurants and Bars, have collected supplies and gift cards for Harvey victims. Laurie Towler, Rainbow’s regional sales director, said the company has an entire conference room full of supplies for hurricane victims and is looking for someone to transport the supplies to Texas.

CRAB has collected hundreds of gift cards for Hurricane Harvey victims and will offer the same support to the local community with any Hurricane Irma needs, marketing team member Abby Wirth said. The company partnered with Hilton Head Island Elementary School to send a large care package to Texas, which will include the gift cards, along with letters from about 200 students.

Among other schools getting involved in the cause is Red Cedar Elementary School, which collected money to purchase gift cards for hurricane victims. The gift cards were initially meant for people impacted by Harvey but now will also go to those affected by Irma.

United Way of the Lowcountry is also focusing on raising money for victims of Hurricane Irma, which was the most intense hurricane observed in the Atlantic since 2007 and caused widespread and catastrophic damage in the Caribbean and Florida before turning toward the Lowcountry. All proceeds raised by United Way will be used in Beaufort and Jasper counties. To donate, go to www.uwlowcountry.org, text IRMARELIEF17 to 71777, or mail checks to United Way of the Lowcountry, P.O. Box 202 Beaufort, SC 29901. Mark donations as being for Hurricane Irma. 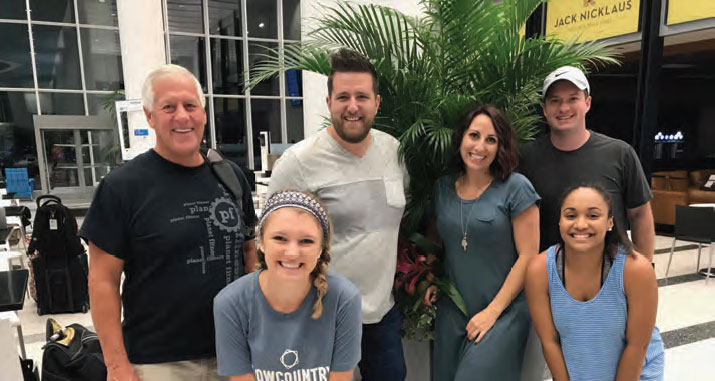 Local Kroger stores and the Richardson Group are also getting in on the effort. Kroger asked customers to round up their purchases to the nearest dollar and reserved the extra cents for the American Red Cross. The Richardson Group’s Local Pie restaurants in Bluffton and Hilton Head, as well as its its FISH Seafood & Raw Bar, each hosted a fundraising night and sent 50 percent of proceeds to the American Red Cross for Harvey victims.

Morris Garage & Towing in Bluffton took a truckload of supplies to Texas for Hurricane Harvey victims on Sept. 2. Co-owner Phillip Robinowich said the business planned a day to collect more supplies, but had to postpone it due to Hurricane Irma.

“I think we see America’s best colors under times of distress, unfortunately, but it’s still heartwarming to see people come together during times that are difficult,” Robinowich said. “You never know when we may be on the receiving end of that.”