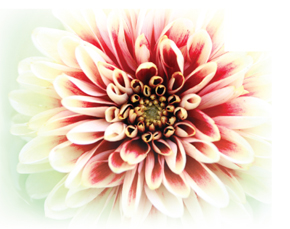 If 50 is the new 30, then is 70 the new 50? You betcha! Nowadays as we get older, we’re healthy, active and darn good-looking. But it does take some work to age beautifully, inside and out.

There are a lot of services available to help us age well, from educational opportunities for the mind to advanced health care and beauty products for the body.

It is true, however, that mature adults have some challenges to face when it comes to staying fit. People begin losing muscle tissue and bone in their 30s, and unless they exercise and work to continue building strength and flexibility, muscle stores will continue to be depleted. 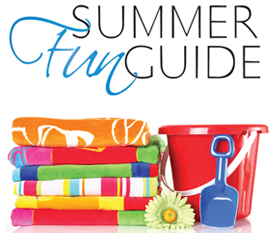 Summer is here and the days are ripe for adventure. Visitors and locals alike instinctively head for the water. However, outdoor activities on Hilton Head Island abound by land and by sea.

Topping the list of aquatic adventure is boating — ranging from mellow dinner cruises at sunset to the thrill of a night sharkfishing expedition. Sailing yachts, speedboats and even large pontoon party boats can be chartered through local marinas, including Harbour Town, Broad Creek, Shelter Cove and Palmetto Bay. 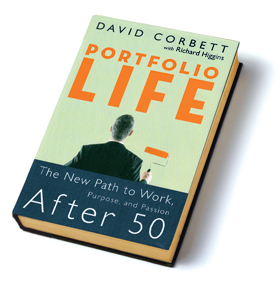 Arecent book About the stage of life between career and later retirement has gained international attention among baby boomers and new retirees. the book, “Portfolio Life: the new Path to Work, Purpose, and Passion After 50,” describes an alternative to full-time retirement for people who want to lead a post-career life of greater fulfllment. the author, David corbett, an occasional visitor to the hilton head Island area, spoke with Monthly contributing Writer Jack Wilson and answered some questions about the book and its message.

Q: Dave, regarding the title of your book, “Portfolio Life,” how do you defne it?
A: “We ‘borrowed’ life portfolio from fnancial portfolio. As asset managers rebalance fnancial portfolios, new Directions rebalances life portfolios to fit changing needs. ‘Port’ means it travels with me forever; ‘folio:’ it’s a book of all of my life. Also, a typical life portfolio is made up of fve parts: (1) continue to earn some income; (2) more family time; (3) more leisure/hobby time; (4) life-long learning; and (5) giving back. Many have encouraged us to add a sixth part, a re-grounding in a spiritual way, which we touch on, but don’t develop.” 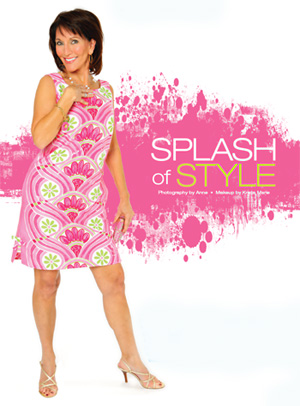 Sharon Rabon models this Fitch shift with a low back, sequin detail and cotton sateen from Lilly Pulitzer fashions from S.M. Bradford Co.

Accessories include a gold-plate with hibiscus pink enamel flowers bracelet and a clutch made of hand-set crystals. The allleather, snake-embossed shoes were made in Brazil. The link necklace in 14k yellow gold combines with the luster of the Orient, cultured 9mm fresh-water pearls, available from Heritage Fine Jewelery.

Menswear this spring and summer for Hilton Head Island will be all about color, color, color.

The winter basics of black and taupe will transition to shades of  coral, butter yellows, aqua, mint, tangerine and a variety of blues as the warmer season begins. These rich colors are evident in most sport shirts and knits with few exceptions. Fine line stripes, minichecks and bold plaids will contain these unique colors in combinations and will be standard fare for 2009. Even basic solid knit shirts today may have a different color in the placket or under the collar.

Soft, long-stabled cotton, linen, bamboo and knits with moisture wicking technology will be some of the sought-after fabrics this year. Shirts and knits will also continue to be available in light weight microfiber fabrics which provide comfort, non-wrinkling, and easy maintenance in the washer-dryer. Any of these fabrics are perfect for Hilton Head’s subtropical climate during the day, or wearing them under a light weight sport coat for an evening out.

Jewelry inspired by the beach. 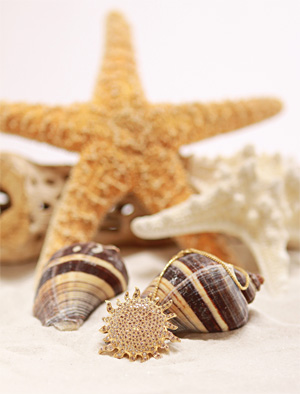 Designs by Cleo is art you can wear! Each handcrafted piece comes in sterling silver with freshwater pearls and semi-precious gemstones.