THESE SHELTERS HAVE BIG HEARTS FOR OUR FOUR-LEGGED FRIENDS

It seems like the kind of work we all would adore doing. And while working with at-risk animals is indeed incredibly rewarding, the folks we spotlight below are the purest of angels. They are constantly raising money and attention to ensure that the abandoned and mistreated animals of the Lowcountry know a better life in their days ahead.

PAL has been operating in the Lowcountry since the 1980s as a foster network to connect loving humans to house and care for abandoned and homeless animals. They opened their first adoption center in 2010 and currently operate a 7,700-square-foot building in the Riverwalk business park. PAL operates a thrift store as well in Sheridan Park in Bluffton, with proceeds funding the various programs the organization offers – from free vaccination clinics to resources for adopters and fosters, including a low-cost clinic care, a dog pharmacy and dog behaviorist, Kevin McHale. The group, which currently has 60 volunteers, is in constant need of volunteers at the thrift store, for dog and cat enrichment and community events. Their efforts have led to 602 dog and cat adoptions this year, well on track to surpass their 982 total in 2021. 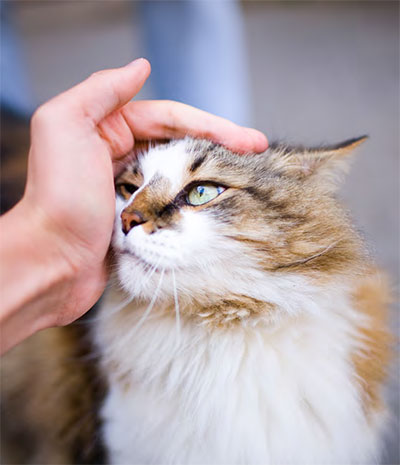 Hilton Head Humane began in 1976 with a shelter capacity of 29 dogs and 15 cats. They began a feral cat program in 1994, providing trapping, inoculating, neutering and releasing feral cats at no cost to businesses and residents. They began a no-cost spay/neuter program and a community assistance program to help people avoid relinquishing their pets in 2010. A state-of-the-art, 21,000-square-foot Okatie campus opened in 2019 – housing a second adoption center, spay and neuter clinic and a new home for Beaufort County Animal Services.

“You never regret one day of work here, I can tell you that,” said HHH executive director Franny Gerthoffer. “There is a constant need. With hurricane season, the need for adoptions is even greater, so we can manage the number of animals we need to care for in case of an evacuation. But we are so grateful to the community for the never-ending support. I can guarantee, if you want to volunteer it will be one of the most rewarding undertakings of your life.”

HHH cares for over 10,000 animals each year. They took in 2,022 animals in 2021 and were able to adopt out 1,999 of them. This happens thanks to an active volunteer team of 75 at their Litter Box thrift store and 15 active volunteers at each of their campuses.

Jennifer Smith began fighting for the abused, tortured and discarded animals more than 20 years ago. Her mission was to make sure these so-called lost causes on the verge of being euthanized found a path to a new life.

Smith and her team of 25-plus volunteers have saved thousands of animals and raised enough money to launch a rehabilitation facility at Hazard Creek Village.

“We take the worst of the worst, where the cost of caring for them is too high for most,” Smith said. “Whether it’s cancer, a gunshot, severe burns, an ear cut off by a machete, paws cut off—it doesn’t matter. Every animal deserves equal love and humane treatment.”

The facility can house up to 32 dogs at one time. Smith works with vets and rescues from Savannah to Charleston and has a strong relationship with the Port Royal Vet Hospital.

Most animals start in a veterinary ICU, with only half the animals living long enough to be rehabilitated and adopted to forever homes.

The costs of these rescues can run up to $1 million per year. Smith and her crew offset that cost with the proceeds of their Fetch Market that operates on the Noah’s Arks campus. 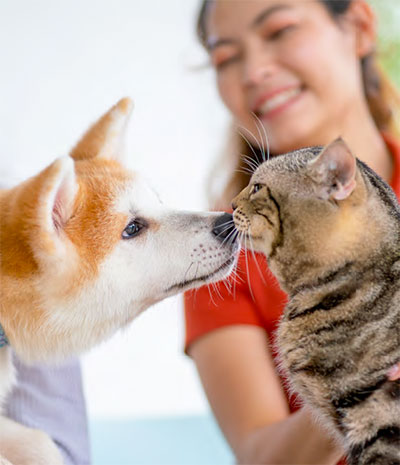 President and founder Dianne All founded this no-kill rescue organization. All grew up taking care of animals in need. All runs both a rescue to save forgotten and abandoned animals and a sanctuary in Allendale to house the dogs that for one reason or another cannot be adopted.

The rescue is in constant need of dog toys, bleach, fly spray, flea and tick prevention and treatment medications and dog beds.

The number of dogs under Rogue Rescue care continually fluctuates, but All currently has nine dogs available for adoption while housing many more at the Allendale sanctuary.

Founder Steve Allen is a Maine transplant who arrived in the Lowcountry in 2004. After working for a number of rescue operations over a decade, Allen decided to found his own in 2016.

“We just saw there was a need for a higher standard of care for these dogs, and we wanted to fill that need,” he said. “The fact is that the need is constant. Dogs are everywhere, and since the height of the pandemic, adoptions are down.”

Lovable Paws provides temporary and long-term comprehensive care to lost and at-risk animals. Allen and his team of eight volunteers operate on a five-acre plot in Ridgeland, constantly working to complete rescues of at-risk dogs, fund raise for the food and supplies to take care of dogs on hand and work to find fosters and adoption families. Events like a recent Memorial Day fundraiser go a long way to keeping ahead of the constant needs.

The organization completed 532 rescues in 2021 alone, with 486 of those dogs nursed back to health and ultimately adopted out to forever families.

“We just can’t thank this wonderful community enough. The giving and the hearts of the people here, they give us the fuel to keep on fighting for these dogs,” Allen said.

His next project: taking over the Broken Tails community fund for emergency care of sick or injured animals from the Port Royal Vet Hospital, along with continuing free vaccine and spay and neuter clinics.

The trio of Danielle Hohl, Tammy Duryea and Dee Heaton founded this operation in 2018 after years of collectively working for multiple rescues in the area.

The organization is strictly foster-based, focused on finding animals that need rehoming and matching them up with both fosters and forever homes.

This reporter has a particular soft spot for these women, as they paired our family with our pointer/hound mix, Layla, just over a year ago.

The group rehomed 32 dogs in 2021 and have already matched that number halfway through 2022. After two years off due to the pandemic, the group will once again host a Labor Day weekend golf tournament to raise money for the work ahead.

“One thing that we know, there is always a reason folks need to rehome their dogs. A lot of times it tears them up to give them up, but it is simply the best option,” Heaton said. “We help them because they don’t deserve to be persecuted. They are ensuring these dogs have wonderful lives beyond their life with them.”