Growth in greater Bluffton has displaced the area’s wild animals, whose habitats have been upended by landscaping crews, traffic, construction and other human activities. When those animals are injured or need a new home, people call in Laura Sterling, owner of Laura’s Little Critter Barn.

More than 100 squirrels, raccoons, opossums, rabbits and other animals live at the 5-acre farm off of Malphrus Road. The nonprofit rescue, rehab and sanctuary also cares for farm animals and unwanted pets.

“I haven’t counted them,” Sterling said as she cradled a baby raccoon. “I don’t want to know how many I have.”

Some of Sterling’s animal guests are treated and are returned to the wild, while others can’t be released and will live out the rest of their days with Sterling. She sees an increase in calls after hurricanes and tropical storms, and as traffic increases. 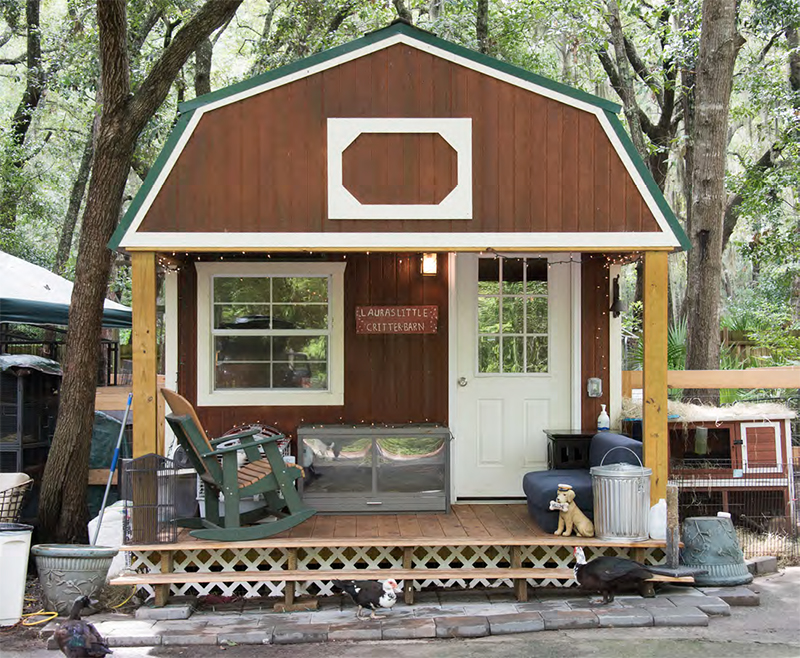 “I have a little fawn right now,” she said. “Someone in Colleton River called me because the fawn's mother was hit by a car.”

Sterling won’t raise the fawn to adulthood because “deer need to be raised with other deer.”

Instead, when he is stabilized, she’ll reach out to her extensive network of fellow rehabbers around the state and find a good situation for him. 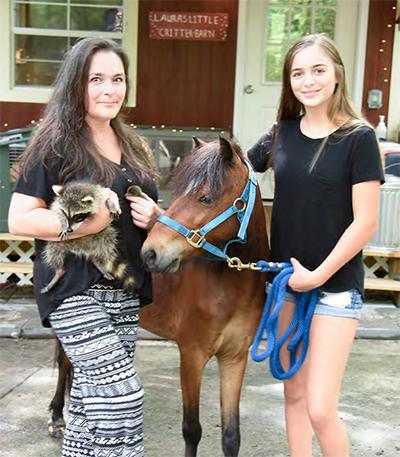 “Rehabbers don’t get paid; there is no state funding for us. People who do this do it out of the goodness of their hearts,” she said. “We collaborate to make sure that the best is done for the animals.”

Although Sterling and others like her don’t receive a salary for their work, they are an important part of Beaufort County’s mission to care for animals in need, according to Tallulah McGee, director of Beaufort County Animal Services.

“Rehabbers assist us when babies have fallen from a tree,” McGee said. “I call Laura when we have situations with livestock like pot-bellied pigs. We depend on volunteers like her.”

Last year, McGee called Sterling after 19 goats were attacked in the Grays Hill area by either dogs or coyotes. Finn and Mocha, two of the baby goats, still live at Laura’s Little Critter Barn. 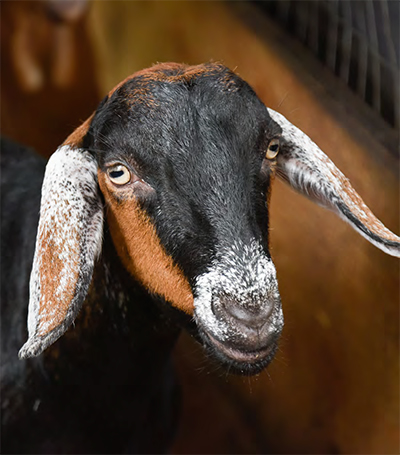 Sterling discovered her passion for animal rescue early in life; as a child growing up in Allendale County, she helped her mother tend to sick and injured squirrels they found on their property. She brought that passion with her when she moved to Bluffton more than 20 years ago.

Some times are busier than others, she said. Since mid-March — the start of birthing season for squirrels and raccoons — Sterling has mostly been up all night, feeding baby animals every two or three hours.

“It’s that round-the-clock care that keeps them alive,” she said.

In addition to running Laura’s Little Critter Barn, Sterling is a tax accountant. For help on the farm, she relies on a small army of volunteers including social media maven Mylene Owens. Sterling’s 15-year-old daughter, Erin Parker, takes care of the horses. 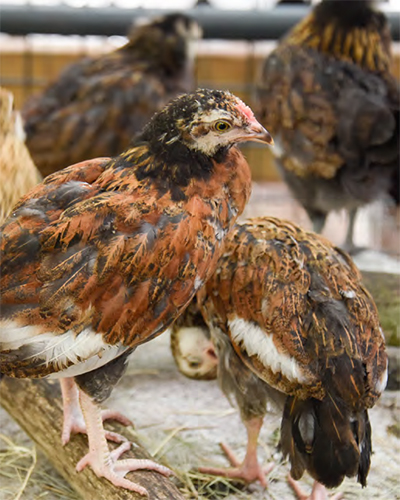 Caring for so many animals isn’t cheap: every week, Sterling spends $400 to $450 on feed, hay, animal baby formula and treats.

To raise money for the farm, she runs Foreman Hill Roadside Stand in the summer. Located on her property at 113 Foreman Hill Road in Bluffton, the stand sells fresh produce from local farmers from 3 to 7 p.m. Fridays and Saturdays and 11 a.m. to 4 p.m. Sundays. In the fall, winter and spring, the farm hosts monthly “Eat with the Animals” dinner fundraisers.

Laura’s Little Critter Farm is open to the public by appointment only. For more information, call 843-304-2975 or follow the farm on Facebook. 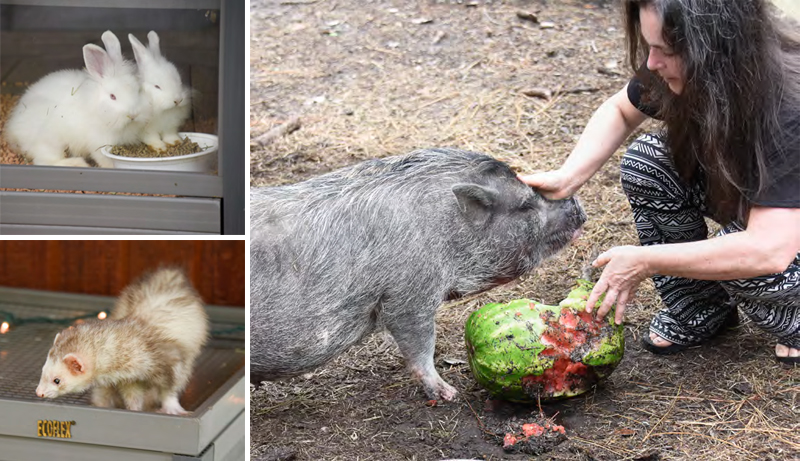