HORSE RESCUE GROUP SETS UP IN THE LOWCOUNTRY

Dayle Eldredge, founder and president of Second Wind Thoroughbred Project, has been taking in unwanted thoroughbreds since she was a teenager. Now, fresh from a transplant from Florida to Hilton Head Island, she hopes to spread her mission to the Lowcountry.

One day when she was 14, Eldredge noticed a horse in the field at the barn where she took riding lessons. It belonged to her riding instructor’s husband, and the animal was off-limits to students because he was “mean and unmanageable.” But Eldredge felt sorry for the horse. She began to sneak him extra food and eventually rode him when no one was around to stop her. 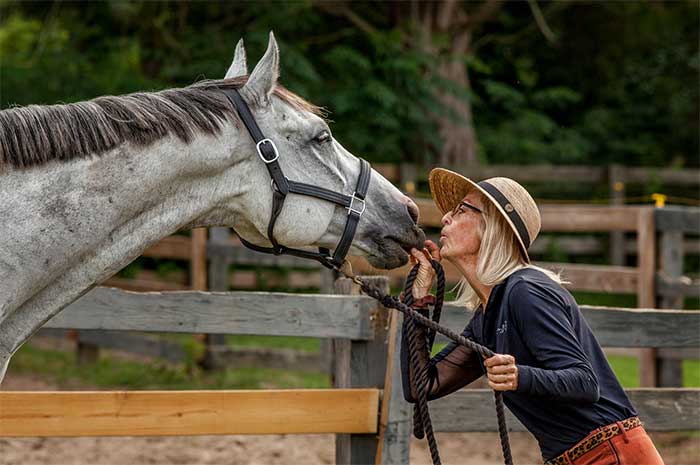 “One day, I told my riding instructor that I wanted to ride him and she said no,” she said. “I asked her not to be mad and told her I already had.”

The horse, registered as Admiral D.D., responded to Eldredge, and she ended up buying him, changing his show name to Why Not. He was only her second horse, and became well-known on the circuit for his big jumps — and inspired Eldredge’s mission.

In the past, horses whose racing careers had ended often were neglected or worse, sent to slaughterhouses. Today, horse slaughter is illegal — though that doesn’t stop disreputable kill pens from selling horses across the border in Mexica and Canada to be processed for meat. Thoroughbreds owners often are only invested in the animal for its race winnings, but few win big. They’re also often surprised by the high cost of caring for a horse, which can lead to neglect or abuse. That’s where Eldredge and her rescue group comes in. 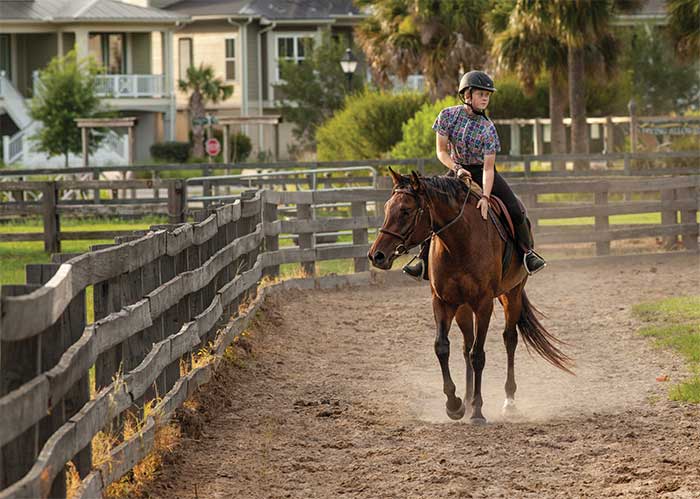 Her work as a United States Equestrian Federation horse show judge, her membership in the United States Hunter Jumper Association and advocacy position for Horse and Rider began to create a network of professionals who called her when a horse needed rescue. Second Wind was born.

In December, Eldredge heard about a barn for rent on Hilton Head and made the move to the Lowcountry. Driftwood Stables, run by Eldredge and partner Sondra Makowski, offers riding lessons, boarding and training and also is home to Eldredge’s nine thoroughbred rescues, including four ready for adoption. 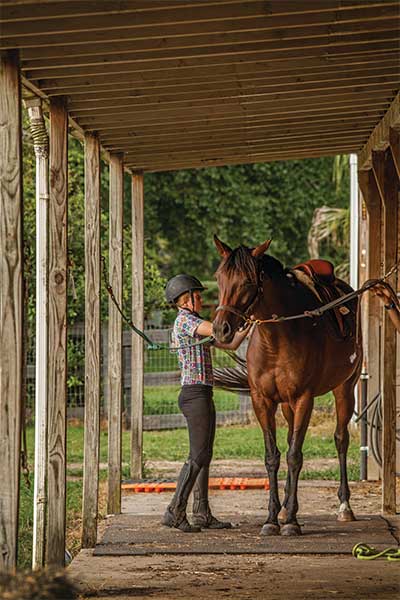 One horse in particular has been with Eldredge for a long time. Wally had spent his life going from track to track, without a lot of time to roam the fields or acclimate to humans.

“He was pretty wild when we got him, and he had ulcers,” she said. But when she got him into the field, “he ran and ran and rolled. It was like he couldn’t believe he was free. And then he didn’t want me to catch him, so I left him out.”

Two years later, Wally has overcome the stress of racing life, and recently resumed training. Eldredge said it’s possible he could become a jumper or an eventer.

To support her efforts, Eldredge is planning a fall fundraiser, likely a casino night with a live auction, food and band. And volunteers at the barn are always welcome — even if they have no previous experience with horses. For more information on volunteering, call 910-986-8725 or find Second Wind Thoroughbred Project on Facebook.