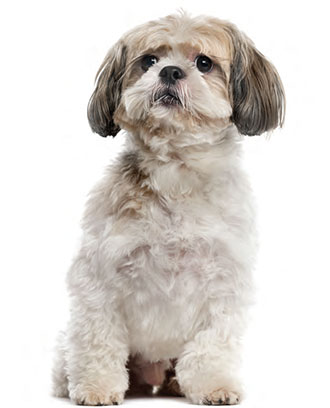 An expert in troubled teens, psychologist Catherine Scott knew that late-night calls from the adolescent psychiatric unit likely weren’t for her. They were for her Shih Tzu, Cissy.

“Doctors would call the nurses station to ask that Cissy come to a specific area of the unit to help calm and or stabilize a situation or to provide comfort,” Scott said. She began bringing her dog to work with her because Scott sensed the dog could help. It was years before research and literature confirmed her intuition.

When Scott moved to Beaufort in 2008, her canine assistants set up shop with her. Cissy, now deceased, has been replaced by her daughter, Suzy; Suzy's father, Oreo; and a new addition, Sally.

“They’ve spent their lives nurturing children and families, comforting teens on the witness stand as they testified against their perpetrators, and sitting on the laps of both young and old people struggling with anxiety and depression, loss, adjustment issues, etc.,” Scott said.

Children wounded by abuse or neglect manifest their pain and suffering in multiple ways, including anger and rage. They can also manifest their hurt through alcohol, drugs and self-harm. Others shut off their ability to love and be loved, Scott said.

“No words can describe the power of animal-assisted therapy in the evolution of an adolescent as they learn to love and be loved again after a life-altering event,” Scott said.

An adolescent boy had "failure to thrive" syndrome. Very little progress had been made regarding his emotional issues. But Scott assigned him daily Cissy and Suzy duty. He had to walk them and feed them. Several months later, he would be found in the TV room petting the dogs. Finally, he began to grow.

Another girl had been abused for most of her early childhood by her father. After she reported the abuse, she didn't return to school. The guidance counselor became worried about the girl so she went to the girl’s house. She found her alive, but buried in a pit in the backyard. The girl was taken to the psych unit, where Cissy slept with her every night. Suzy would sense when this young girl was having an especially difficult time and get in her lap, putting her head on the child's chest. It took nearly a year for the girl to speak. Suzy was in her lap when the girl testified against her father several years later.

Scott encourages many of her patients with chronic pain or mental illness to get a lap pet. Studies have shown that pets decrease blood pressure, increase mood, and provide unconditional love and support. 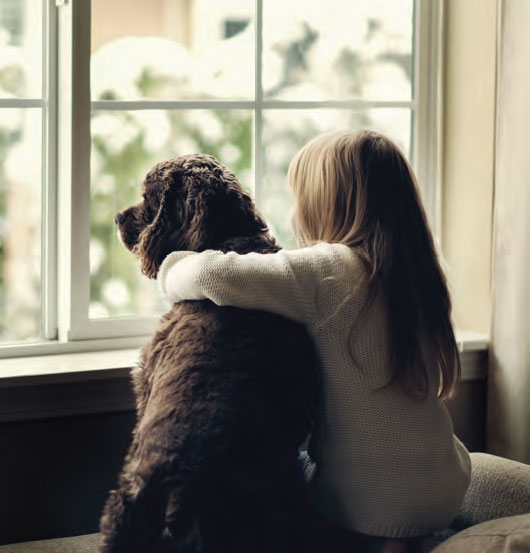 “Pets are also great to talk to and to share your secrets with, all judgment-free,” Scott said. “I cannot even begin to tell you how beneficial my animals have been in my work, both with children and adults.”

Maria Malcolm, also a Bluffton psychologist, said pets manifest many of the behaviors she advises for her patients who are struggling with anxiety and depression.

“A big one is mindfulness and being present in the moment,” Malcolm said. “Anxiety is focused on the future, to a perceived threat that might or might not happen. A coping mechanism is to get them to focus on the present. The imagined threat isn’t present. That is exactly what animals do. They exist in the present. They aren’t living in some imagined future.”

“People when they retire often struggle with a sense of purpose. I suggest they get a companion animal to care for, to walk, and to play with,” Malcolm said.

Malcolm said she sees the benefits from spending time with her two papillon dogs and observing them.

“If I’m worried, spending time with them helps me,” she said.

In fact, her family had to get a second dog. “One 6-pound dog in a family of four wasn’t enough” she said. “There wasn’t enough of her to go around.”