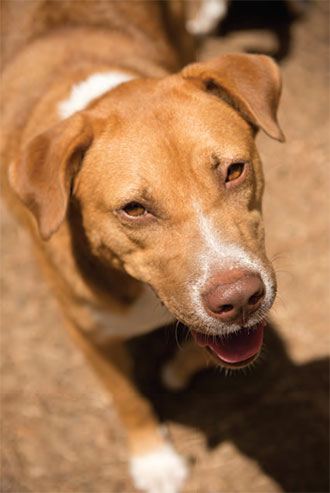 Bob and Linda Heise of Sun City Hilton Head are excited to bring home a new member of their family in a few weeks. They’ve got a bed for her, and some toys, and plenty of treats. Plus a brand-new leash and collar.

Cody, a 7-year-old Shih Tzu-schnauzer mix, will be coming home with the couple in a few weeks, after she finishes treatment for heartworms. Her adoption fees are waived as part of Maranatha Farm’s Seniors for Seniors program, which places older dogs with older people.

“It’s the perfect combination,” said Karen Wilkins, who founded and runs Maranatha Farm with her husband, Dwane. As part of the program, those ages 60 and older can adopt dogs ages 7 and older for free. “Otherwise, no one adopts older animals.” 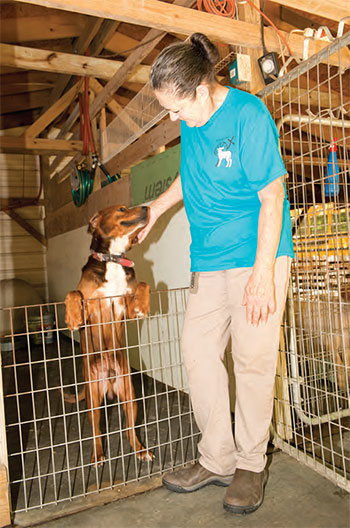 During a recent visit with the Heises at Maranatha Farm, Cody proved that old dogs can easily learn new tricks. She danced happily in Bob’s lap, laying claim to her new buddy. Bob, who has Parkinson’s disease, beamed.

Maranatha has had plenty of practice at miracle-working. Most of the animals it takes in are injured or sick, from hamsters and squirrels to dogs and horses — no questions asked.

“We don’t ask about the animal’s past because chances are, it isn’t true,” Dwane said. They only care about each animal’s future, and thanks to Maranatha Farm, it’s bright.

The animal haven goes back years to when Karen, a former veterinarian technician, fostered animals for other shelters. 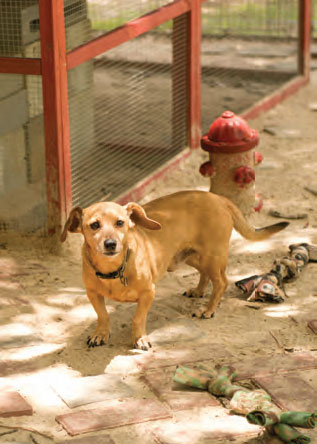 But then one day about 10 years ago, two North Carolina deputies showed up with two badly beaten dogs. They stopped at shelter after shelter, but no other group would take them, first because the dogs were too injured, next because they weren’t from the area. The deputies had traveled all the way to Ridgeland before they found Karen. She took the dogs and brought them to Riverwalk Animal Hospital. The mastiff could be treated fairly easily, but the bulldog needed a $700 surgery. Seeking help, she reached out to local media and asked them to write about the dogs. The story led to an outpouring of donations to help with the vet bills.

“That was the start of it,” Karen said. She and Dwane set up a nonprofit group so people would get a tax benefit for donating, and Maranatha Farm was born.

Maranatha hosts an open house most Sundays at the farm to welcome people thinking of adopting a dog, those who have, and peers who run other rescues. This is no “shelter.” You’ll want to spend time here as much as the animals do.

There are several large shady, fenced-in areas within fenced areas where boarded and waiting-for-ahome animals hang out together.

As Dwane says: “Dogs are pack animals. They want to be together.” 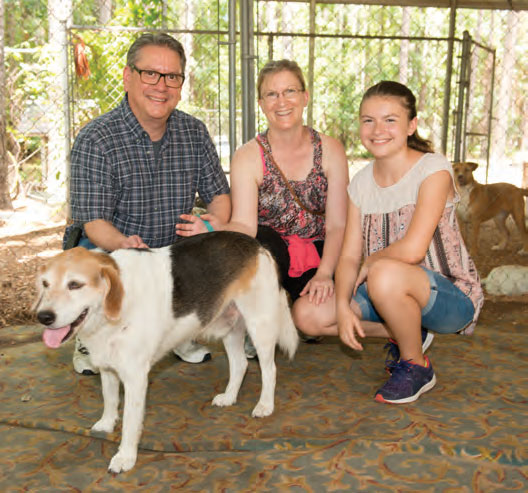 Maranatha never turns away an animal. If the nonprofit group doesn’t have room, it reaches out to its network of volunteers, vets and Good Samaritans to find a place. (Cats are housed elsewhere because Karen is allergic to them.)

Maranatha offers a “lifetime guarantee” on all pet adoptions. If your animal gets sick after you adopt it, bring it back and Maranatha will nurse it back to health for you. If you have to return the pet, you’ll get your adoption fee back. If you’re going on vacation, arrange for boarding. It’s free for the life of the dog, but reservations are recommended.

The lifetime guarantee works because Maranatha doesn’t let just anyone adopt its animals. The farm has a thorough application process, a mandatory home inspection and a 24-hour waiting period. You can’t just swoop in and grab a dog.

“That waiting period weeds out 50 percent of our adoptions,” Karen said. “Adopting a pet shouldn’t be a spontaneous decision.” 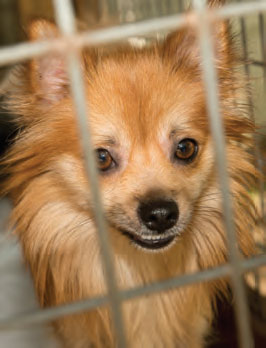 The farm’s website pulls no punches on the subject. On its website’s FAQs, a question was posed: “I want to surprise my spouse with a new puppy.”

The response? “Surprise them with a clown holding balloons. Giving someone a puppy is the equivalent of a mailorder bride. Terrible idea.”

Before adoptions can be completed, a board member visits the home of each would-be pet owner. The board then votes on each adoption. If someone isn’t a good fit, a very nice letter explains that the farm found an even better match for the animal.

Over the past 10 years, the Wilkinses have forged bonds with several veterinarians to provide care the farm can’t provide. Both Karen and Dwane grew up on Midwest farms, so they know how to treat many injuries and illnesses. “On a farm, you can’t call a veterinarian every time an animal gets sick. You’d go broke. You figure out how to do it yourself,” Karen said.

An example: A squirrel was found injured on a nearby road, and Karen is nursing it back to health. “They brought it here because they saw it flopping around on the road,” she said. “They knew if they didn’t take it, it would be hit again. Often, a spinal injury will heal itself with time. You just have to wait for the swelling to go down.” 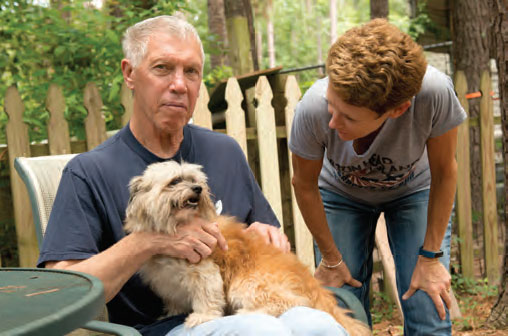 In the meantime, she’s feeding the tiny critter soupy peanut butter by dropper. Karen and Dwane are ready for just about anything. Two caged-lined trailers stand ready in the yard should they have to evacuate, as they did for Hurricane Matthew. One of their donors, Bubba Sumerlin, recently asked where they go in those circumstances. They said it varied.

“I told them, ‘You have a place to go now,’” said Summerlin, who had stopped by for a recent Sunday open house.

Summerlin has 600 acres near Augusta, Ga. He’s fencing 10 acres in case Maranatha Farms comes to visit. Why is he going to all this effort for the animal rescue?

For more information about Maranatha Farm, go to www.maranathafarm.net or call 843-816-6676.