It’s an ever-growing fraternity in Beaufort County. There was a time when the term “Master Naturalist” was just a concept. Now, it’s almost like a secret handshake among a group of hundreds, a sign that you’re a steward of the land and sea. And that stewardship can all be traced back to an upstart group on Spring Island.

They were here centuries before us, but now their numbers are in danger because of us, and their species’ survival depends on us. Thankfully, they have scientists like Amber Kuehn in their corner.
Kuehn, a fourth-generation Bluffton resident and marine biologist, volunteers her time with both the South Carolina Marine Mammal Stranding Network and The Sea Turtle Stranding and Salvage Network. The two networks rely on the hard work of volunteers to collect crucial data and transport marine mammals and sea turtles that are stranded on the beach, either badly injured or already dead.

In communities across the country that are striving to become more sustainable, the discussion revolves around ecosystem services.

Ecosystem services are all the critical services that nature performs, free of charge, that keep earth functioning. Examples of ecosystem services include pollination of plants, production of oxygen, removal of carbon dioxide from the atmosphere and the cycling and recycling of nutrients such as nitrogen.

As a kayak excursion leader for Outside Hilton Head, Jean Fruh knows the best way to truly appreciate Hilton Head Island is from the water.
But it’s a vantage point many young residents have never witnessed.
“It’s something I do every day for tourists, but children who live here might have never seen that," Fruh said.

FIRST LIGHT: Every morning, the misty sun ascends in rosy solitude above the eastern horizon of the Atlantic Ocean. Few will see the first rays of sunlight seep across the beach, slow as a sea turtle, and then thread into the low dunes and up the facing tree line and rooflines of Hilton Head Island. Nature awakens with a hush, the grand ritual of daily renewal. There will never be another sunrise, nor the same beach or colored sky, exactly the same as on this day, for the nature of nature is change. This immutable law is a wonder, and yet, the supreme challenge for all. Change, like growing old, is hard to accept and impossible to avoid. 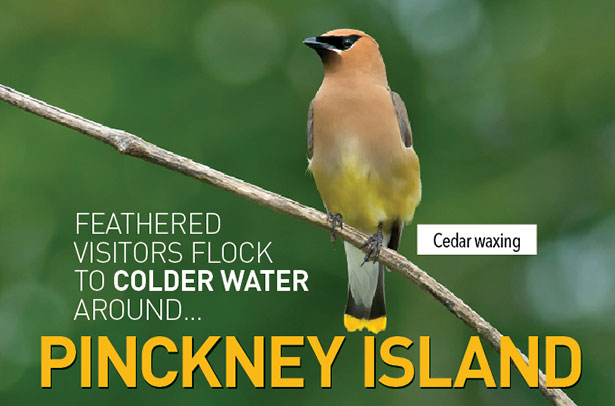 Pinckney Island National Wildlife Refuge is one of the area’s best places to explore the natural beauty of the Lowcountry. The refuge offers a variety of habitats that are home to diverse wildlife and beautiful vistas. The casual visitor and the avid naturalist can both enjoy the 13 miles of trails, fresh water lagoons and adjacent salt marshes year-round.

The shotgun blast that marked the start of the inaugural Buffalo Trail Run was still ringing in my ears when I jumped on the back of an ATV driven by Palmetto Bluff Conservancy Director Jay Walea.

As Walea set off to monitor the runners, I held on for an up close and personal tour of the 10-kilometer race course that weaved its way through some of the most isolated stretches of the property.

The idea for the 10k, 30k and 50k Palmetto Bluff Conservancy Buffalo Trail Run was part his idea. Initial plans for the race were hatched after the success of the Palmetto Bluff Half Marathon. But this time, instead of paying a visit to Wilson Village, runners would trek through the most remote heart of the 20,000-acre plantation.

We’re topping off the gas tank for a road trip to six of the best outdoor vacation destinations in the United States, all an easy drive from the Lowcountry.

We begin our journey in south Georgia, where Sea Island’s new Broadfield Sporting Club & Lodge has added hunting to its roster of world-class outdoor activities.

The Forbes five-star resort off the southeastern coast of Georgia has added a 5,800-acre property as a sporting club destination that includes amenities such as a rifle and pistol range, freshwater fishing, extensive hunting grounds and a multitude of game including quail, deer, wild turkey and doves. 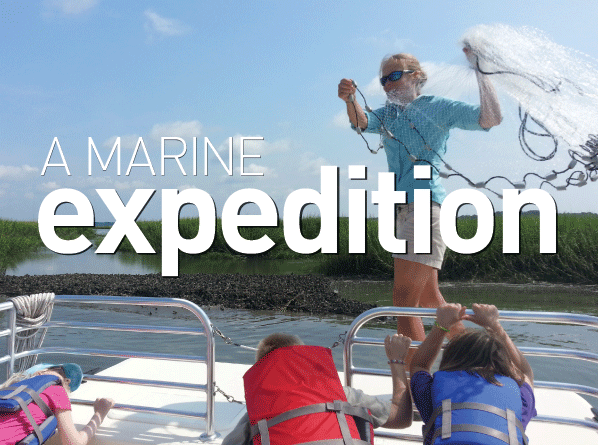 Visitors to Hilton Head and locals alike are showing more interest in activities that provide an educational highlight to their time spent on the island.