Most people think of manatees as lazily floating about the waterways of Florida. But each spring, these docile creatures get the urge to travel.

Their search for cooler waters brings them north, with many making Beaufort County rivers and estuaries their summer homes. Some migrate as far as Cape Cod, until fall and winter temperatures send them back to Florida’s warmer waters.

There’s no question that Bluffton and Hilton Head Island are well-known for their beauty and for being among the best places in the country to live, retire and vacation. Here are just a few of the latest headlines praising the area, according to the Hilton Head Island-Bluffton Chamber of Commerce:

“[The marsh tacky is] more than a horse. It represents a connection to the land and culture for South Carolinians and a way of living, surviving, and adapting to conditions that ultimately became home.” — Caroline Maffry of Equitrekking

Thursday, Sept. 29:
Matthew strengthens to a hurricane with 75 mph winds and continues its path toward the central Caribbean Sea.

The storm made heroes of so many, and reminded us all of the power of community.

You may not think this is your story, but it is. We all have our own answers to the question, “Where were you during Hurricane Matthew?” But the story of Hurricane Matthew is one we all share.

IN EARLY MAY, THE FIRST REPORTED CASE OF ZIKA VIRUS WAS CONFIRMED IN SOUTH CAROLINA.

According to the South Carolina Department of Health & Environmental Control website, as of there have been 35 travel-associated Zika cases reported statewide as of Aug. 19, with 32 involving those who were infected abroad and one contracted via sexual contact with someone who had traveled out of the country.

Public tap water is a dramatically undervalued commodity. A gallon of tap water on Hilton Head Island costs literally a fraction of a penny – delivered on demand 24/7, 365 days a year. Consider that cost per gallon versus other products you regularly buy. Tap water is so undervalued nationally that we’ve taken our public water infrastructure for granted. A recent study by the American Water Works Association estimated that more than $1 trillion is needed over the next 25 years to replace worn out water infrastructure in the U.S. 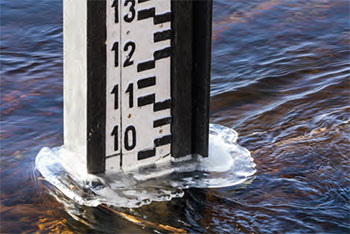 Even those who believe that human activity is contributing to global warming and climate change do not want to ponder the likely ramifications of rising sea levels —intense flooding, shoreline erosion, and frequent and violent storms like hurricanes — because it is profoundly unpleasant to do so.

But according to the Coastal Conservation League, the Southeastern region of the United States ranks sixth worldwide in greenhouse gas emissions, while South Carolina ranks 28th nationally. The Fifth Assessment Report by the Intergovernmental Panel on Climate Change states scientific consensus that concentrated greenhouse gases in the atmosphere from human activities such as deforestation and the burning of fossil fuels are resulting in an increase of average global temperatures, which leads to non-linear melting glaciers, longer and more intense heat waves, and drought. So what could climate change mean specifically for Hilton Head Island?

A unique attraction has quickly become a popular draw at the Port Royal Farmers Market. Visitors start their Saturdays by saying hello to the birds of Lowcountry Raptors.

Breezy the barred owl, Odin the one-eyed screech owl and Sully the red-shouldered hawk have become favorites for the kids.

I have always believed that people care and act with good intentions. Some are overly confident, some are very cautious, and some are just completely unaware. And, unfortunately, there is the occasional blatant disregard for wildlife. Either way, a little bit of consult and public education is always the best option. Enlighten yourself with these suggestions and help us to save endangered sea turtles.