The Lowcountry can now keep its eyes on wildlife 24-7. 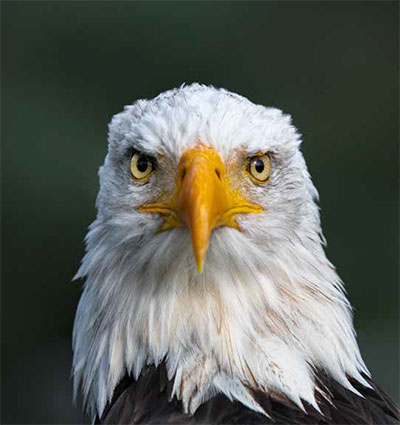 Hilton Head Island locals, visitors, and wildlife enthusiasts worldwide can watch bald eagles in their natural habitat. The live cameras will provide uninterrupted views of eagles from nesting through the fledgling stage, according to a news release.

The two live cameras, installed by HDOnTap, are an HD pan/tilt/zoom camera, and a fixed 4K camera, which streams 24-7

video, audio and has infrared night vision of the wild bald eagle nest.

The infrared lighting is imperceptible to the eagles. A visit to the nest site at night would look completely dark.

The Land Trust’s mission is to preserve and protect the critical natural habitat and significant historical parcels of land on Hilton Head Island for generations, the news release said.

“With its five properties spread across Hilton Head Island, the Land Trust not only preserves these critical habitats but also highlights the history and natural environment of the island. The Land Trust looks forward to introducing people from across the nation to the beauty of the Lowcountry we share with the eagles,” said George Banino, President of the Land Trust.

HDOnTap has installed hundreds of live cameras to view wildlife, from eagle nests to polar bears in the arctic. 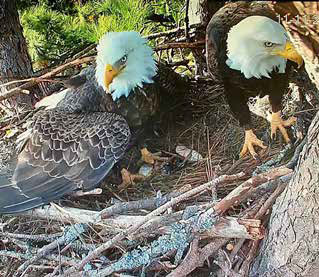 “We’re so excited to bring a new eagle camera onto our network,” said HDOnTap Head of Marketing, Kate Alexander. “Watching wildlife is a blend of unprecedented excitement, awe and anticipation. You never quite know what to expect, but it’s always an educational experience, and this nest will be no exception.”

The nest on the eagle cam is located on private property in an undisclosed area because eagles can be sensitive to human activity while nesting, the trust’s website said.

Eagles generally come back to the nest in September or October to begin ‘nestorations’ from the prior season, Hilton Head Island Land Trust said. If there is a successful mating season, eggs are laid in early to mid-December. Normally one to three eggs are laid, and the incubation will take about 35 days on average.

The female incubates the egg and eaglet most of the time, but the male also helps, a news release said. The pair each make sure the eggs are protected from the weather. 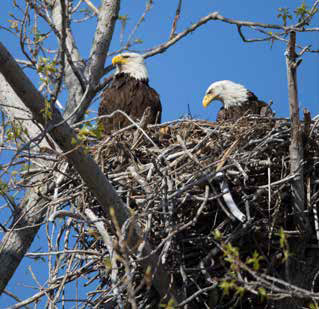 There are many bird nests in the Hilton Head area, including eagles, osprey, red-tailed and red-shouldered hawks, owls, and great blue heron nests.

“This is an exciting opportunity for our Lowcountry residents to observe and listen to eagles in their natural habitat. We are very happy to be able to have us share this window into the life of these magnificent creatures” said Patterson, a lifetime resident of Beaufort County.

The cam has been an instant Lowcountry — and national — favorite. In December Hilton Head Island Land Trust announced a naming contest for the two eagles in the nest.

To view the cam, visit hhilandtrust.org/eagle-cam.

The bald eagle is found in North America, with about half of the bald eagle population living in Alaska. Here are some more facts: