Both the human researchers at Bluffton’s Waddell Mariculture Research and Development Center and their charges — important fish species native to Port Royal Sound — are now safer and more comfortable, thanks to a series of renovations and upgrades nearing completion.

The changes include everything from shoring up a crumbling concrete second-story office floor, to the installment of new climate-control and filtration systems that allows the facility to more safely and efficiently raise fish at its indoor hatchery.

Previously, small fish and larvae had to be raised at a separate South Carolina Department of Natural Resources facility in Charleston, then transported back to the Waddell Center. 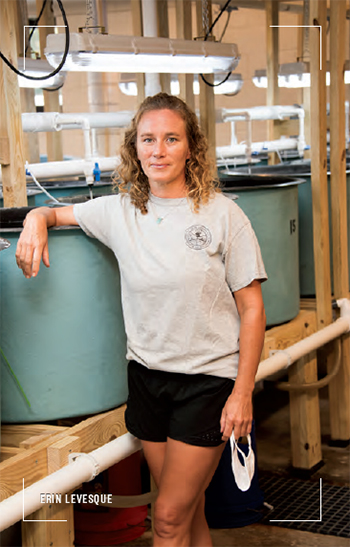 “Even if Waddell collected the eggs, they had to be taken to Charleston and brought up to appropriate size before they came back,” says Dave Harter, vice chairman and project director for the nonprofit Hilton Head Reef Foundation, which established the Friends of Waddell.

Waddell Director Erin Levesque noted a new heating and air-conditioning system, which will facilitate spawning by wild fish in indoor tanks and allow the facility to begin working with new species, such as tripletail.

“Now we can use temperature and light cues … to mimic conditions in the wild and coax them into spawning” year-round, she said.

Built in the early 1980s, Waddell is one of the nation’s largest and most sophisticated mariculture research centers, successfully raising and releasing more than 20 million fish into coastal waters.

The facility features 24 outdoor ponds, a 10,000-square-foot building that houses a wet laboratory and office space, more than 100 fiberglass tanks with diameters up to 20 feet, greenhouses, auxiliary labs, and even a renovated plantation-style home that serves as a dormitory for visiting researchers.

Levesque says the upgrades were critical to the release of 10,000 juvenile cobia into Port Royal Sound this year, the first such release since 2017. As they develop, cobia begin to swim on the surface, leaving them vulnerable to predation by herons, egrets and other bird species in the outdoor ponds. 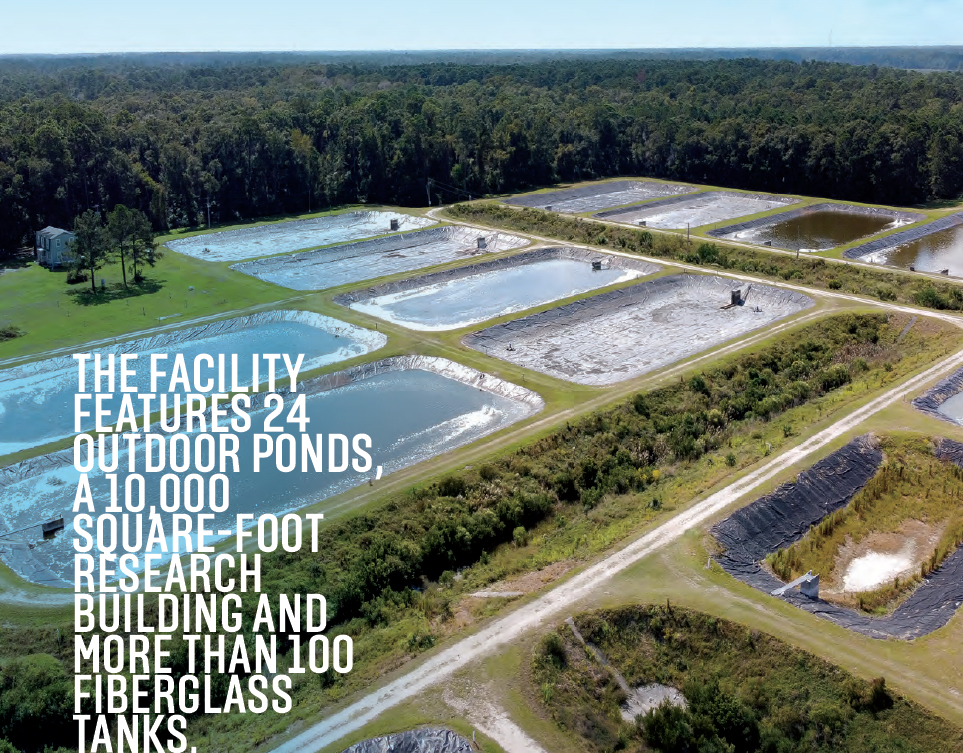 “We were able to bring them into the hatchery, where we fed them and could see what they were doing behaviorally,” she says. “We made sure they were feeding, tracked their growth, and when they got bigger, we released them.”

Charter captains in the area have been assisting Waddell’s research through the non-lethal collection of “fin clips,” small pieces of tissue that can be analyzed for DNA.

“That allows us to determine whether they are wild fish or fish that we have stocked,” Levesque says.

Eventually, she says, researchers hope to see evidence that lab-raised fish are spawning with wild fish, to help “decrease the overall fishing pressure on wild stocks.”

Because of the COVID-19 pandemic, the annual November Taste of Waddell fundraiser has been canceled. You can support the center through the Waddell Mariculture Center Fund managed by Community Foundation of the Lowcountry.