Could bacteria on the skin of sharks be a source of new antibiotics for humans? The answer to this and many other questions may come from research conducted by scientists affiliated with OCEARCH, including the University of South Carolina Beaufort’s Dr. Kim Ritchie and her student assistant, Lincoln Fuller of Hilton Head Island. 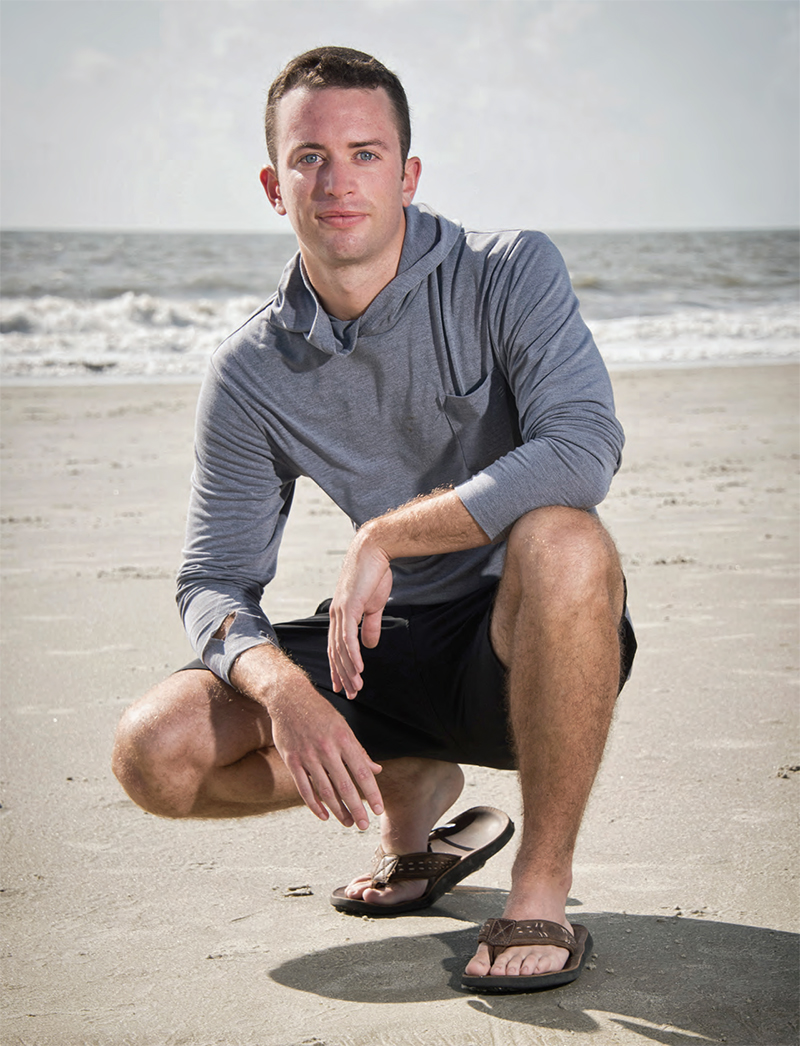 Fuller, a biology major in his senior year at USCB, recently had the experience of a lifetime when he joined an OCEARCH expedition as a guest researcher.  The nonprofit organization tags and tracks sharks, whales, turtles and other marine life and publishes a real-time tracker map on its website to follow the tagged sea creatures.

OCEARCH invited Fuller to be part a team of scientists and master fishermen collecting data about the health, reproduction, and migratory patterns of North Atlantic White Sharks. Supporting 20 individual research projects, 33 scientists and 21 institutions, the week-long expedition took place in August in federal waters around Massachusetts. 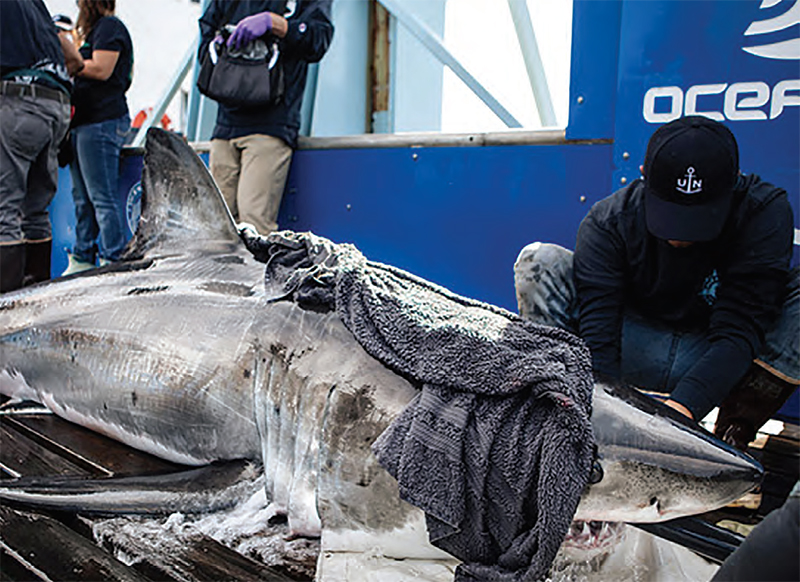 “It was my first time living on a boat,” Fuller said. “I felt very lucky and grateful to be there.”

The OCEARCH boat is a 135-foot former crabbing vessel outfitted with a lift (“sort of like a shark elevator,” Fuller said). He described OCEARCH’s protocols for removing a shark from the water with the lift, quickly recording data and taking samples, and then releasing the animal:

“It was remarkable how smoothly the whole process worked together,” he said. “With an apex predator, I expected more of a fight.” 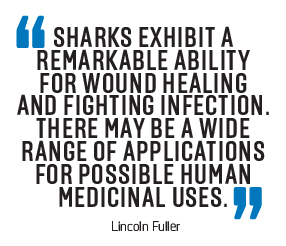 The OCEARCH team keeps the sharks comfortable by running sea water over their gills, covering their heads with towels soaked in ocean water, and getting them back in the water within minutes.

“You have to really get in there,” Fuller said. “You don’t want to get in the way but you have to get the samples.”

In addition to weighing and measuring sharks, Fuller used swabs to collect samples that his mentor, Ritchie, will use in a study about beneficial bacteria on the skin of sharks, rays and skates and their potential as a source for new antibiotics.  The study is funded by the Port Royal Sound Foundation and other sources.

“Sharks exhibit a remarkable ability for wound healing and fighting infection,” Fuller said. “There may be a wide range of applications for possible human medicinal uses. Because of the rising resistance to current antibiotics, having a new source of antibiotics is really crucial.”

Ritchie is Associate Professor of Genetics and Prokaryotic Cell Biology in the university’s Department of Natural Sciences. She designed both the bacteria study and OCEARCH’s protocols to keep its expeditions COVID-safe. All participants underwent testing and the number of participants was reduced to minimize the risk of virus transmission. Fuller trained on COVID protocols, biological principles, and boat safety all summer to prepare for the experience.

Ritchie said she felt confident sending Fuller, who is 25, to get the samples because “he doesn’t get rattled easily”—possibly because he’s used to working under pressure at his part-time job as a server at Fish Camp on Hilton Head Island. 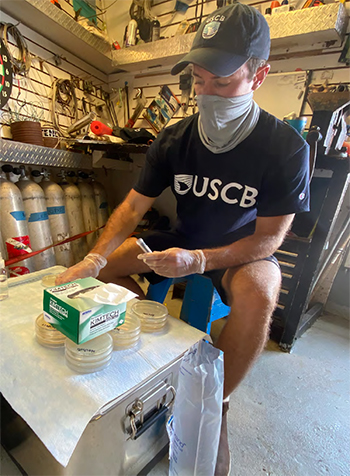 Data and findings collected by OCEARCH are open-sourced for use by public safety programs. In addition to doing their own research, participants on the expeditions collect samples for scientists who aren’t on the boat.

Since 2018, OCEARCH has conducted annual expeditions both in Massachusetts and in the waters off north Florida, Georgia and South Carolina.

The expeditions continue because much remains unknown about the habits, biology and seasonal movements of white sharks.

OCEARCH's sharks have gained notoriety due to the Twitter accounts started by fans of the organization's work. Follow Hilton, who frequents the Hilton Head Island area and was the first mature male white shark that OCEARCH tagged, at @HiltonTheShark.

Track the tagged sharks at ocearch.org/?list