SEA TURTLE PATROL, TURTLE TRACKERS VOLUNTEERS DEDICATED TO THE CAUSE

At 5 a.m., most people are still sleeping or slowly starting their day. But Amber Kuehn and the dedicated members of Sea Turtle Patrol Hilton Head Island embody the term “early risers.”

Before sunrise, Kuehn, Sea Turtle Patrol HHI manager, and members of the nonprofit group head to the beach in a coordinated effort to preserve the lives and spread awareness of sea turtles.

Members are organized into groups of two, per S.C. Department of Natural Resources and coronavirus guidelines, to inspect the various nests on the beaches of Hilton Head Island. Sea Turtle season runs from May to the end of October.

Sea Turtle Patrol, a 501(c)(3) organization, consists of volunteers ranging from former CEOs to those with backgrounds in science. All 16 members commit a large amount of their time to sea turtles and the organization, even though many still work full- or part-time. 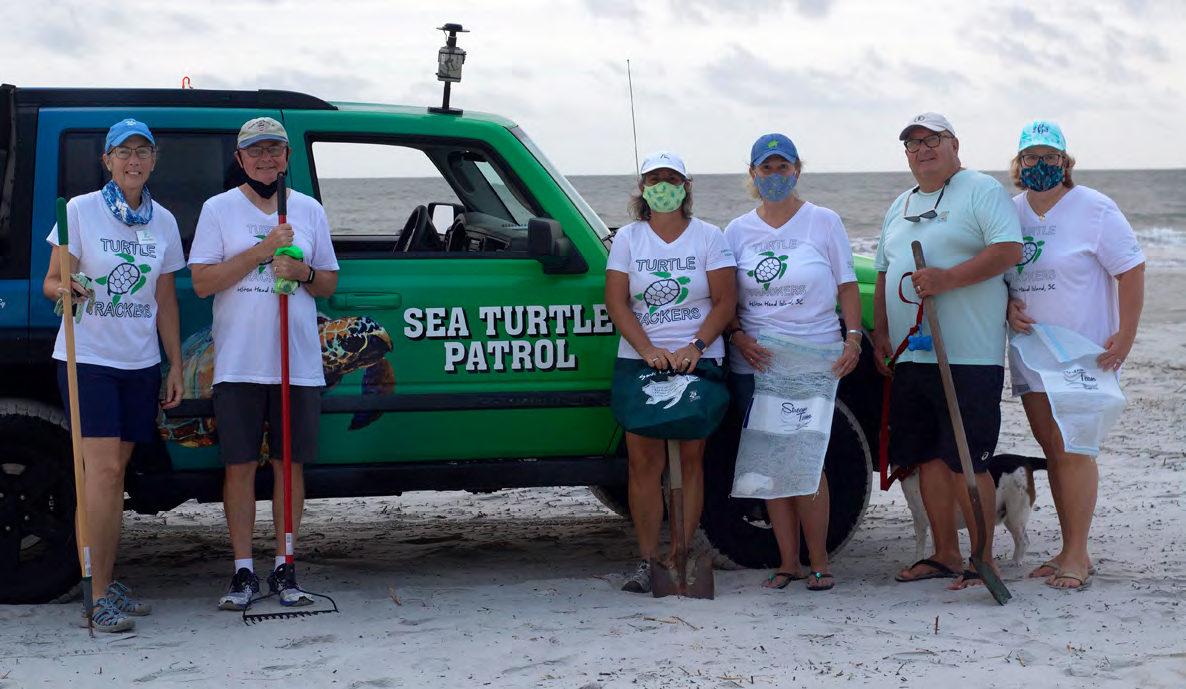 “I worked for a long time as an elementary school teacher so educating people comes easy to me, but now that I can educate people on how magnificent these turtles are is almost like living a dream,” said longtime member, Kym Castillo.

Turtle Trackers, also a 501(c)(3) nonprofit, is also run by volunteers who are dedicated to public education and outreach for sea turtle awareness. Established in 2016 by Kuehn, Karen Kindermann, and seven co-founders, Turtle Trackers has about 350 members and seven chapters on Hilton Head.

Sea Turtle Patrol and Turtle Trackers work in unison; members of both organizations are on the beaches every day and every night. Turtle Trackers complete tasks such as cleaning up trash, filling holes, and acting as beach ambassadors to answer any questions that people have. 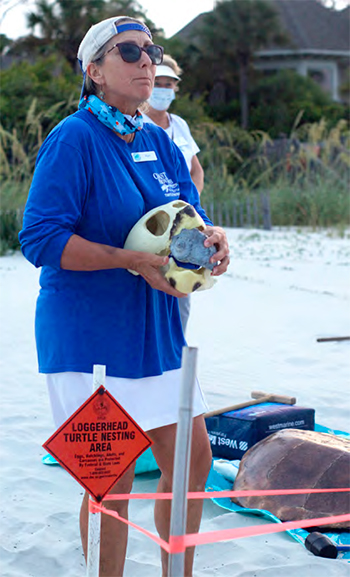 The dedicated Sea Turtle Patrol volunteers inspect sea turtle nests and protect newly discovered ones. They set up a triangular marker made up of three poles standing in the sand and post a sign indicating that the nesting site is federally protected. After establishing the location of a nest, they check for evidence of emergence after 45 days of incubation.

Turtle Trackers focuses its efforts on public awareness by hosting events such as “Turtle Talk” with Sea Turtle Patrol where members of both organizations educate the public.

Sea turtles face a myriad of challenges, including residents of oceanfront properties who leave outside lights on past 10 p.m. (despite an ordinance that prohibits exterior beachfront lights past 10 p.m. from May 1-Oct. 31), to leaving trash and other items on the beach at night.

Artificial lights disorient hatchlings and distract them from reaching the water. Natural predators are birds and crabs that make the land portion of the journey dangerous.

Once a sea turtle is in the ocean it must avoid larger fish, sharks, birds, and other animals. Sea turtles may face an array of challenges, but Sea Turtle Patrol and Turtle Trackers are fully committed to ensuring the safety of these creatures on the beach. 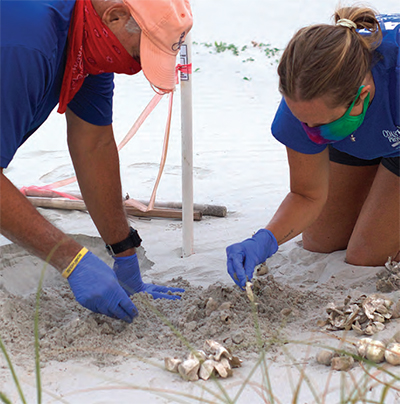 Many members of Turtle Trackers acknowledge that the preservation of sea turtles is their passion. Linda Zambelli, Turtle Trackers president, summarized the members’ shared dedication.

“You see a momma turtle dig her nest and lay her eggs once, or a nest hatch and all the hatchlings run to the ocean once… you are hooked for life,” Zambelli said.

For more information, contact Kuehn at SeaTurtlePatrolHHI@gmail.com or Zambelli at TurtleTrackersHHI@gmail.com