He’s spotting more bottlenose dolphins in the May River than ever, and the oysters, fish and crabs seem to be doing fine. But Larry Toomer, owner of Bluffton Oyster Co., has noticed that new homes are springing up on the river’s banks and boat traffic has increased — not always good omens for the river’s health.

“I’ve been working on the May River for 30 years and I’m out there almost every day, weather permitting,” he said. “From the water you can see it. Everybody wants to live on the river.”

The beauty of the May River dazzles as it winds past the Alljoy boat landing, along the bluffs near Old Town and beside the multi-million-dollar homes at Palmetto Bluff. Locals call the area near Pritchardville the “headwaters,” but in reality, the May is a finger of the ocean that pushes westward into land. It’s approximately 14.5 miles long from the causeway that leads into Palmetto Bluff, where the river ends, to the mouth of the river at its confluence with Calibogue Sound. The river is fed by the tides; the only fresh water comes from rainwater runoff — and that is where its problems have multiplied.

The May River is the pride and joy of Bluffton, but this local treasure is showing signs of stress as the town grows. Bluffton is one of the state’s fastest growing municipalities, with a population of about 23,000 that may reach 75,000 at build-out, according to data from the U.S. Census Bureau and the town of Bluffton.

And with population growth come other increases. Fecal coliform bacteria levels have been rising in the May River for the past two decades and, in some areas, are sometimes above above limits that the federal government considers safe for shellfish harvesting. This was demonstrated in a study led by biology professor Eric Montie at the University of South Carolina Beaufort that analyzed more than 20 years of data.

The study, commissioned by Bluffton and Beaufort County and released late last year, showed fecal coliform levels near the headwaters of the May were 15 to 16 times greater in 2017 than in 1999. In his presentation of the data, Montie explained that Bluffton’s building and population boom over the past 20 years has resulted in less green space available to absorb rain, so it runs into the May, lowering the river’s salinity and allowing fecal coliform bacteria to thrive. Impervious surfaces like rooftops, roads and parking lots now make up more than 10% of Bluffton’s land area, which some environmental scientists consider a tipping point for ecosystem health. A 1-acre parking lot produces 16 times the volume of stormwater runoff that comes from a 1-acre meadow, experts say. 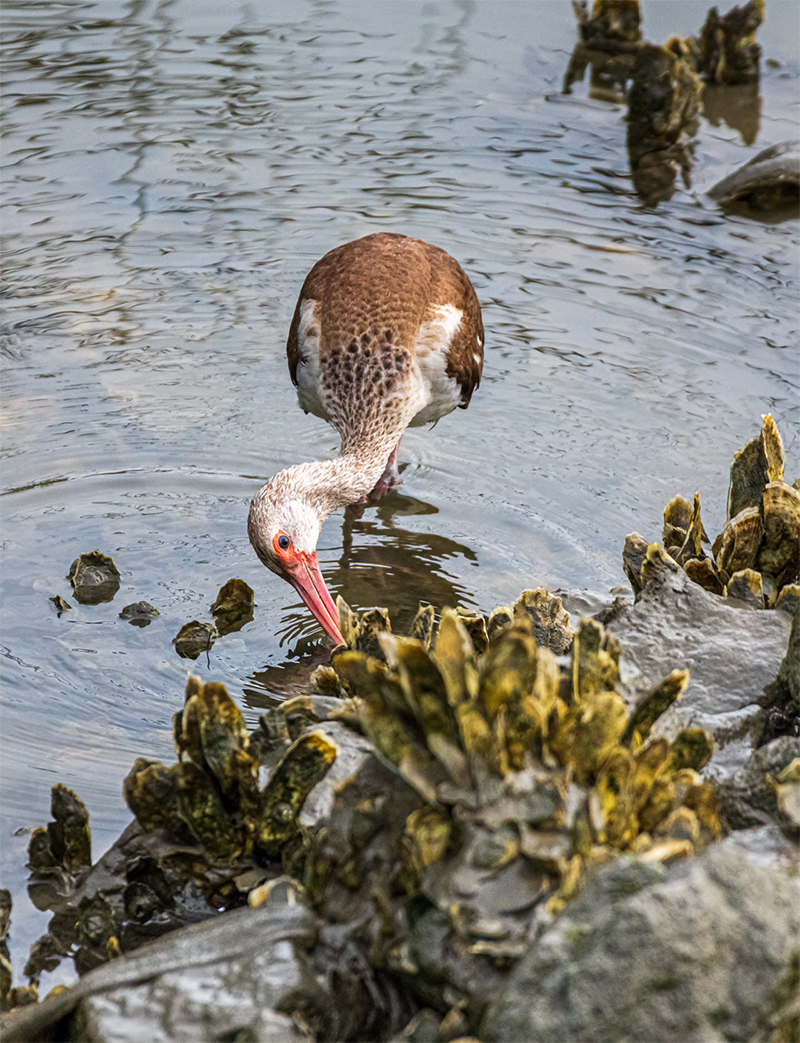 There’s nothing town officials can do to erase neighborhoods and shopping centers that are already built, and little they can do to prevent construction that is in the works and permitted under development agreements signed by previous administrations. So they’re focusing on what they can control: the amount of fecal material finding its way into the river. To figure out how to combat the bacteria, they have to know where it’s coming from.

The S.C. Department of Health and Environmental Control regularly collects water quality samples at monitoring stations along the May, which allows officials to pinpoint specific areas of concern. To figure out whether the fecal material entering the river is from humans, dogs, horses or wild animals, the town started a microbial source testing program about three years ago. 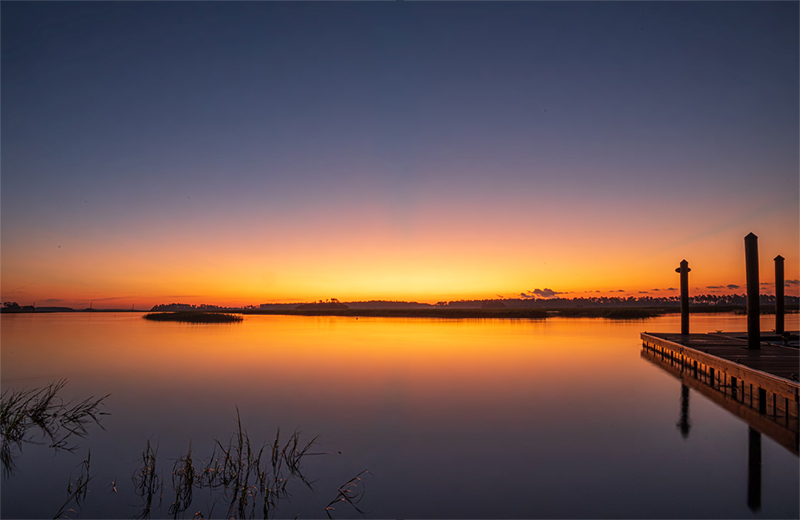 “When I was a kid growing up, we had cows, horses and hogs in the marsh. People’s fences came down to or beyond the low water mark so the animals couldn’t go from one property to another. We had hundreds of large animals and we didn’t have water quality issues. It’s people causing the problem now,” Toomer said.

Water testing stations near Stoney Creek and in drainage ditches and coves in and around Old Town — both areas where many homes have septic systems — have shown high levels of human DNA readings after rainstorms.

None of Bluffton’s new developments use septic systems, and in 2017, the town began an aggressive program designed to prohibit new septic systems and to transition existing residential septic systems to sanitary sewers. Projects are underway to extend sewer lines and connect residents’ homes to them, and grant funding will allow residents of the town’s Historic District to connect to them for free.

Bluffton officials have said that in five years there will be no septic systems left within town limits, but many of the roughly 500 septic systems directly adjacent to the May River and its coves are in the county. 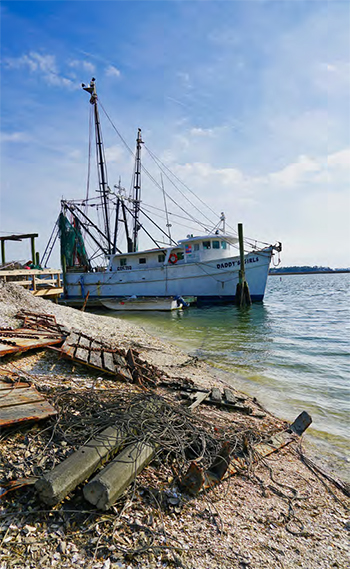 Regional discussions about the need for sewer extension with Beaufort County and Beaufort-Jasper Water & Sewer Authority are taking place, Jones said. Toomer believes that in addition to failing septic systems, rising sea levels and the subdivision of large riverfront properties in the county and construction of additional septic drain fields on these plots are contributing to the problem.

“Areas [in greater Bluffton] that used to never go underwater are going under much more frequently. Existing homes and septic systems are now being inundated on full moon tides and king tides. And storm surges come in much farther,” he said.

In the effort to save the May River, not all the focus is on septic systems. To better filter rainwater, the town is retrofitting where upgrades are needed and implementing current best practices for stormwater management in ditches, ponds, swales and drains, said Bluffton Mayor Lisa Sulka. The new Wright Family Park on the May River in front of The Church of the Cross and Martin Family Park near Heyward House were designed with elements to improve water filtration, and new town parking lots that have been constructed recently are gravel, not paved, to minimize run-off.

“Each new capital improvement project that we do has a stormwater component,” Jones said. 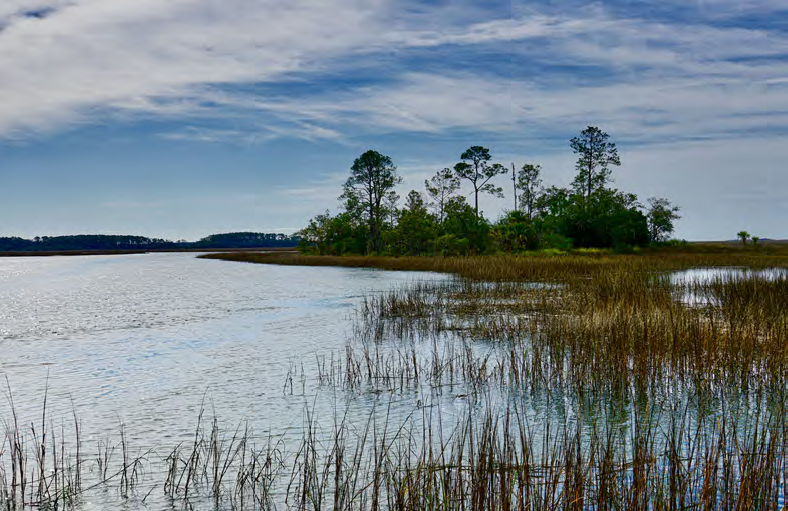 Problems with the river were expected because heavy growth in other cities along the east coast has led to degradation of their waterways, Sulka said. She added that Bluffton is implementing cutting-edge water quality policies, and town officials have been invited to speak about them at national conferences for municipalities.

And though it will be an uphill battle, town officials looking to slow the pace of growth are exploring legal avenues to modify development agreements signed years ago. If eliminating some permitted density were possible, the town might be saved from more suburban sprawl.

While officials explore options, local residents are paying close attention to the May River’s health. Montie’s report generated a flurry of public concern for town officials and even Toomer — his Bluffton Oyster Co. is reported to be the last hand-shucking oyster house in South Carolina, and people wondered if the sweet, salty oysters that they love were imperiled. But Toomer stresses that nothing has changed: Oyster harvesting has been prohibited in the river’s headwaters for the past decade and, since the 1980s, local oyster beds are closed by the state as a precaution after heavy rains and reopened after a waiting period.

“There has been no change to the river’s classification. We may be on a downward slope, but we’re not there yet,” Toomer said. He noted that because oysters are consumed raw, regulations governing their harvesting are very tight — “along the lines of drinking water,” he said. For now, and hopefully into the future, the May River is still a source of food, a site for recreation and a salve for the soul.