Every evening, as the Lowcountry sky darkens, you’ll see them swooping and diving, flying pell-mell. Their flight pattern is distinctive, and once you learn to recognize it, you’ll start to see bats everywhere at dusk.

Fourteen species of bats can be found in South Carolina; until recently, only 12 were known to be present in Beaufort County. But there’s a new bat in town.

Beaufort County’s 13th bat species, the northern long-eared bat, was spotted in the Lowcountry of South Carolina for the first time in 2016, on the coastal plain at Palmetto Bluff.

AND RECENT STUDIES HAVE SHOWN THAT BATS’ APPETITE FOR INSECTS SAVES U.S. FARMERS $22.9 BILLION A YEAR IN PESTICIDE EXPENSES. 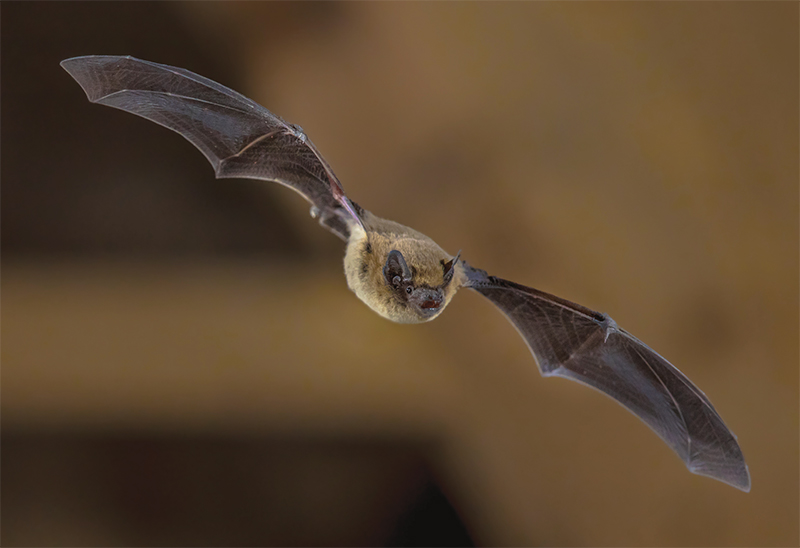 White-nose syndrome is caused by a fungus that grows on the bats as they hibernate in caves. The fungus causes altered behavior in bats, including waking up more frequently in winter, when their source of food — insects —is low. The syndrome has spread quickly since it was discovered in New York in 2006, ravaging bat populations. Some colonies have experienced 90-100 percent mortality. 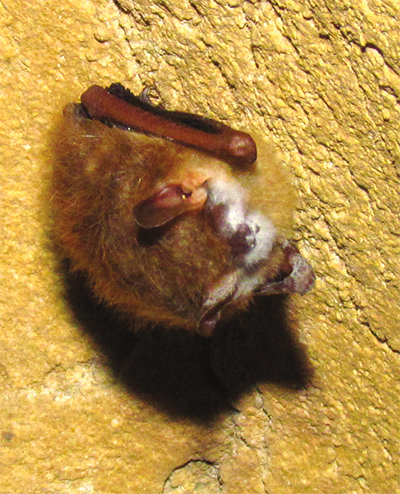 Scientists are speculating reasons why the fungus has not been found in bats along the coast. The Lowcountry’s subtropical climate provides an abundant year-round supply of insects and bats along our coastline can be seen foraging on warm winter evenings. This could mean our bats don’t enter the long-term hibernation white-nose syndrome seems to require, Moore said.

If northern long-eared bats are able to survive and reproduce in the Lowcountry, she said, this area could be a refuge for a local population of this imperiled species.

The nonprofit Palmetto Bluff Conservancy was awarded a state wildlife grant to bring Kyle Shute, a graduate student at Clemson University, to the Lowcountry to study roosting behavior of several bat species. He and his team catch the bats in nets and then tag them so they can be tracked to their roosting sites.

But the discovery of this new species of bat in the Lowcountry is good news for reasons beyond its impact on the bats’ survival: All 14 species of bats in South Carolina eat insects — and they eat a lot of the mosquitoes that bite people who work or play outside. And recent studies have shown that bats’ appetite for insects saves U.S. farmers $22.9 billion a year in pesticide expenses. 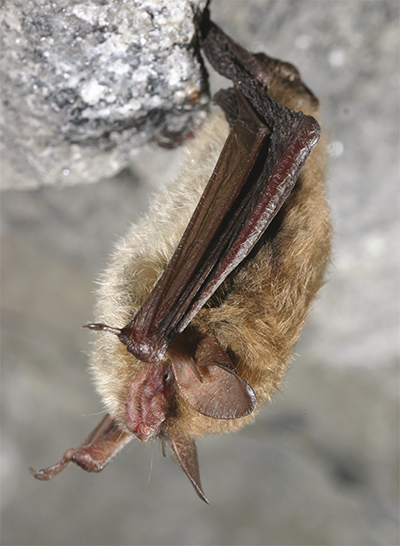 Moore said experts are excited about the ongoing opportunities to study the winged mammals and already are learning new things about their habitats and routines. For example: Shute’s team recaptured a tagged northern long-eared male this summer one year after they first caught him. That tells researchers that the bats are returning to the Lowcountry for the summer — but they still don’t know what they do in other seasons. And local researchers still haven’t found a pregnant or nursing female, which means it’s unclear if the bats are breeding in this area.

“There’s still so much we don’t know,” Moore said.