Living in the Lowcountry, where the only thing approximating a hill are berms on a Hilton Head Island golf course or the graceful arch of a bridge, it’s easy to forget that South Carolina has its own small share of the majestic Appalachian Mountains.

Tucked away in the northwest corner of the state lies the Foothills Trail, a shorter — but no less spectacular — cousin to the more famous Appalachian Trail. The idea for this National Recreational Trail began in the 1960s as an effort to preserve and protect the beauty of the Appalachian foothills. The trail corridor was completed in 1981.

Running roughly east-west for 77 miles between Table Rock and Oconee state parks, the trail meanders back and forth across the border of western North Carolina. The trail is largely free of rocks and roots, except for a few limited areas, making for pleasant hiking. Well-built bridges cross several waterways and the Foothills Trail Conservancy has laid hundreds of wood-block steps to help hikers on the steepest sections. 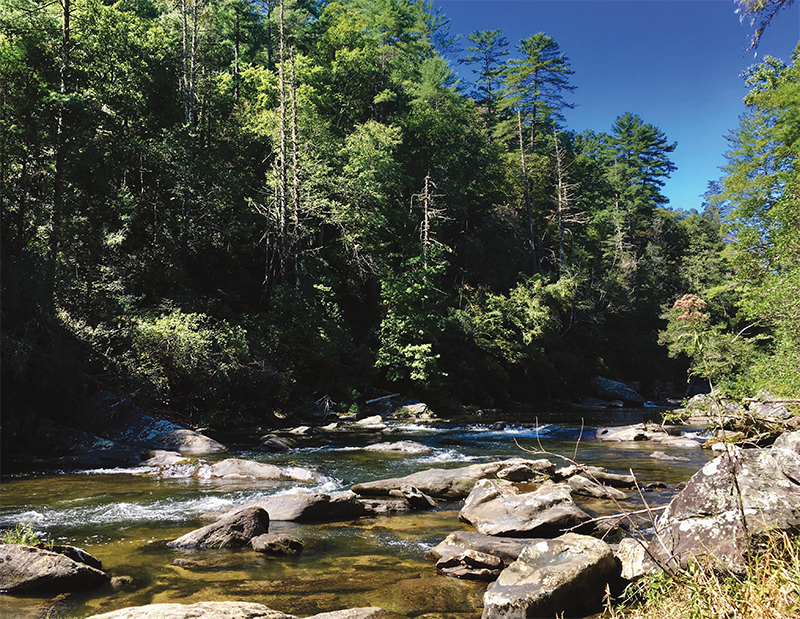 The western half of the trail is wonderfully wet, in the best possible way. It follows the wild Chattooga River — one of the waterways featured in the film “Deliverance” (don’t worry: we heard no banjoes) — passes by dramatic Whitewater Falls and flirts with Lake Jocassee, just a few of its get-wet spots. And thank goodness for them all, as temperatures and humidity begin to soar in mid-spring and don’t relent until autumn.

The eastern half of the trail is drier and more rugged, featuring steep climbs of up to 2,000 feet, including to the summit of 3,554-foot Sassafras Mountain, the highest point in South Carolina. 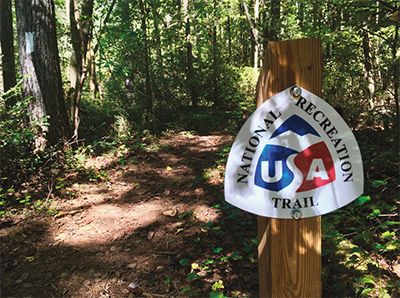 Except near the parking areas of the two parks and at Whitewater Falls, the trail is blessedly free of crowds. Passing through dense corridors of oak, pine, rhododendron and mountain laurel, hikers might spy everything from wild turkeys to deer and eagles. Bears live in the area, but because there is a hunting season, they tend to be extremely shy of humans.

In addition to the parks, there are numerous access points and parking for day hikes or short backpacking trips. Camping is allowed everywhere along the trail except for a 1.7-mile section of Duke Energy property along the Whitewater River. No permits are required, but there is a fee for camping in either state park.

The Foothills Trail is a rewarding romp through classic southern Appalachian terrain. Its long, dreamy, green tunnel opens frequently onto panoramic views and waterfalls and travels along and over cool, peaceful rivers where you can pitch your tent on a sandbank and fall asleep to the lullaby of flowing water. 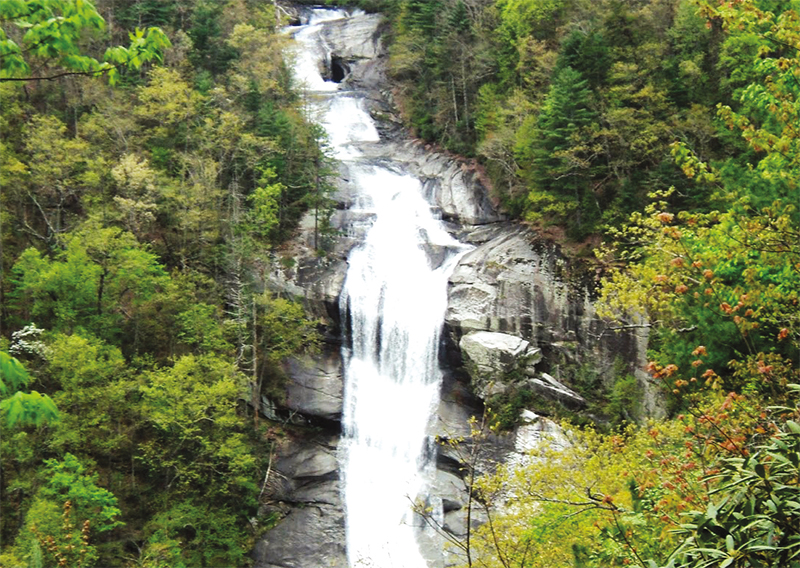 Here are a few suggestions if you’d like to sample one of the South’s best-kept hiking secrets:

Whitewater Falls: Easily accessed from S.C. 130/N.C. 281, follow the trail to the spur for the falls, about a 2-mile hike. Six different falls tumble a total of 800 feet, making it the highest cascade waterfall east of the Mississippi River.

Chattooga River: From Oconee State Park or S.C. 107, the trail descends into this beautiful, wild gorge and parallels the river for nearly 10 miles.

Table Mountain State Park: This hike is not for the faint of heart. The trail heads straight uphill, reaching Pinnacle Mountain after 4.2 miles and 2,000 feet of climbing. The panoramic views toward the Lowcountry are your reward. Extra credit: Another 800 feet of climbing and five more miles bring you to the summit of Sassafras Mountain — where a friend can pick you up in the parking lot.

Oconee State Park to Sloane Bridge: At S.C. 107, this 29-mile section takes in the whole Chattooga Gorge; camping on a sandbank is a highlight for many.

Table Rock State Park to Laurel Valley: Think mountains rather than rivers. This 13.6-mile point-to-point route along U.S. 78 climbs up Sassafras Mountain before descending into the beautiful Laurel Valley.

The Whole Enchilada: If you’ve got five to 10 days, consider “thru-hiking” the entire trail. Thru-hikers travel both west and east, but there’s no question that those who start at Table Rock have it a bit tougher, while those starting at Oconee have a day or two before hitting their first 1,000-foot-plus climb. It’s an excellent entrée into the world of long-distance hiking.