Like thousands of other people, Jim Ritterhoff fell in love with almost everything about Hilton Head Island when he first began visiting years ago — the island’s natural beauty, the unhurried way of life and the warmth of the local people he befriended. Being on a Sea Island whose residents cared about protecting the environment was a good fit for Ritterhoff, who leads an organization dedicated to saving one of the planet’s most precious natural resources: coral reefs.

Ritterhoff, 52, is co-founder and executive director of Force Blue. It’s no accident that the name has a combat-ready connotation; Force Blue’s dozen or so members are all former Special Ops forces whose underwater expertise makes them perfect for restoring coral reefs.

But saving vanishing coral reefs is only one part of Force Blue’s mission. All of the team’s members have been adversely affected by years of high-stress, dangerous military duty — underwater work in combat zones where one mistake would result in death. The stress often took a psychological toll, causing the lives of some team members’ lives to unravel. But Force Blue members will tell you that the work they do now — bringing coral reefs back to life — has also brought them back to life. 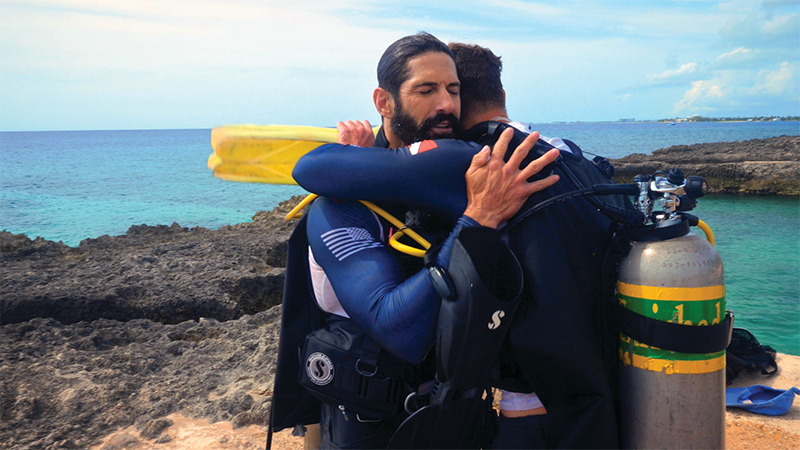 Ritterhoff and Force Blue co-founder Rudy Reyes, a retired Marine, formed the organization in 2015. Since then, they’ve restored coral reefs in the Florida Keys and Puerto Rico, where recent hurricanes have wiped out many reefs.

Coral reefs are living, underwater ecosystems formed over millennia by colonies of tiny coral polyps held together by a secreted calcium-based substance. Reefs are essential because they provide habitat for fish and other marine life that many organisms — including people — depend on for food. Reefs also have a huge impact on the environment, both above and below the waves.

“Coral reefs provide more oxygen than all the rain forests on Earth combined. Every third breath we take comes from the ocean,” Ritterhoff said. “They are the rainforests of the sea.” 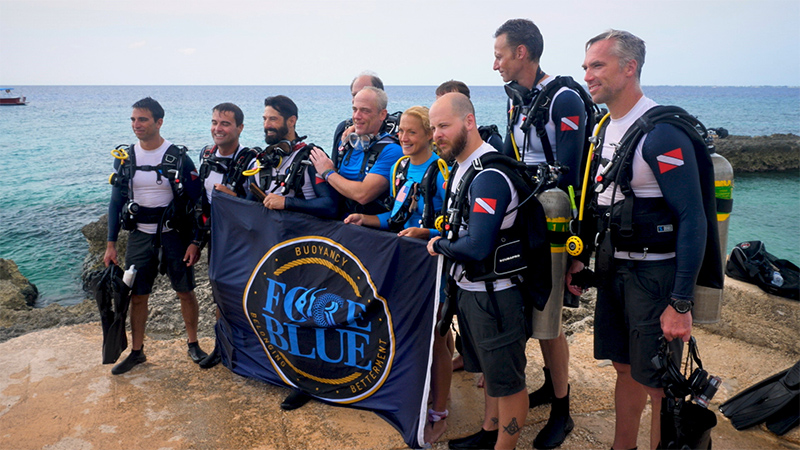 Some coral reefs grow in the waters near Hilton Head. In fact, scientists recently discovered an 85-mile-long series of reefs about 160 miles from Charleston.

“These are some of the most biodiverse and productive ecosystems on earth,” Ritterhoff said. “They occupy less than 1 percent of the ocean floor yet are home to more than a quarter of all marine species.”

Coral faces a variety of threats: pollution, hurricanes, aquatic disease, destructive fishing techniques, warming seas and higher levels of carbon dioxide in oceans. Experts say the world’s reefs all could be wiped out in the next 80 years, unless measures like those being taken by Force Blue and similar organizations are effective. 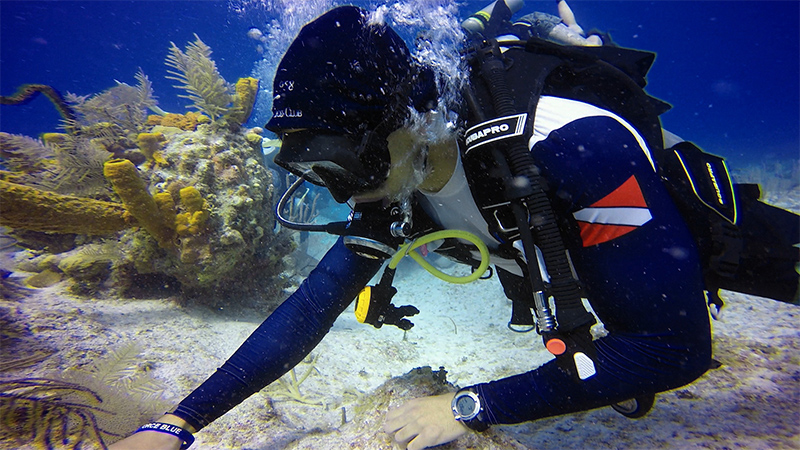 The National Oceanic and Atmospheric Administration and another group, CoralVita, are working with Force Blue to implement new technology, including robotic systems, that could accelerate coral growth and strengthen the coral’s resiliency to changing ocean conditions.

Force Blue was born three years ago after a heart-rending conversation between Ritterhoff and Reyes. Reyes confided that he had struggled with PSTD, depression and suicidal thoughts since returning home from multiple tours in Iraq and Afghanistan.

“Here was this trained combat diver,” Ritterhoff said. “One of the best, most highly skilled individuals you’ll ever encounter underwater. Yet he’s never seen a fish.”

Reyes never had dived for exploration or pleasure. To Navy SEALs or Marines, diving was all about work, like hauling 200 pounds of gear underwater to destroy some potentially dangerous target in the dead of night. 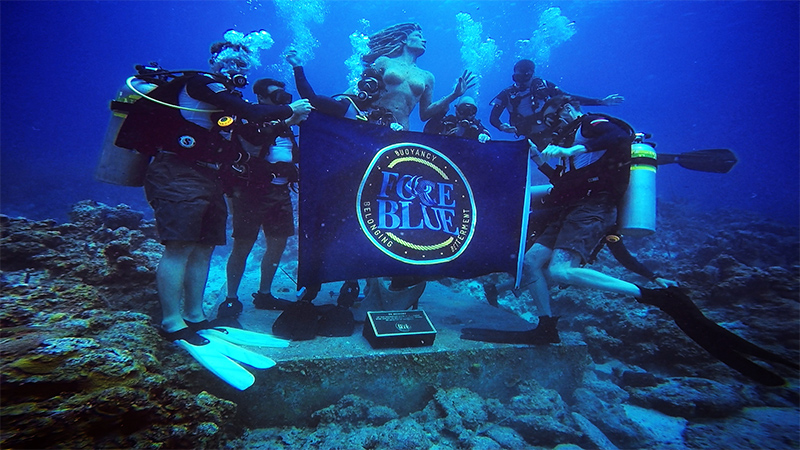 Ritterhoff describes the moment when he sees light and life come back into the eyes of a traumatized vet who has joined Force Blue.

“It’s what this is all about,” he said. “Our environmental mission is important. But this — when you see these men and women regain that sense of mission and begin to understand that the ocean is a community under attack, much like the ones they spent their military careers trying to defend, you realize what an important piece of themselves you’re giving them back.”

The risk of PTSD and its complications, such as substance abuse and depression, vary according to soldiers’ different experiences in war zones, according to a recent Harvard University study. The pace and type of combat operations that Special Forces lead have had a significant psychological impact, including historically heightened suicide rates. 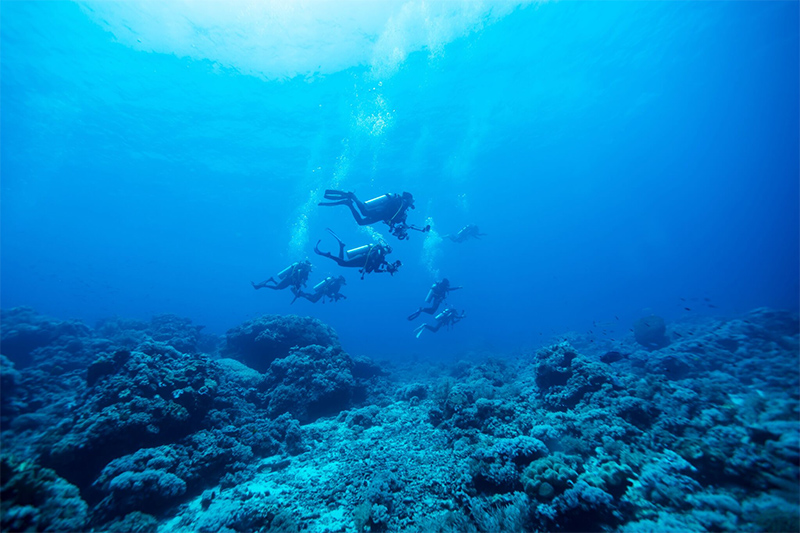 “We didn’t want to create just another therapy program for these vets,” Ritterhoff said. “When we learned how much our government spent to train them, it only made sense that we try and apply their highly specialized skills to do something really good for the planet.”

It’s also been really good for the veterans.

“Mission is the medicine, diving is really just incidental,” Ritterhoff said. “Force Blue gives these men and women a restored sense of value. Some of these individuals have taken part in as many as 10 combat deployments. Much of the awe they have experienced has been destructive; now, for the first time, they’re experiencing constructive awe. And that’s life-changing.”