VOLUNTEER HELPS CARE FOR PINCKNEY ISLAND, THE REFUGE THAT RAISED HER

A quarter of a million people visit Pinckney Island National Wildlife Refuge every year. But Alice Boyd remembers a time when visitors to Pinckney Island — the largest of five islands in the 4,053-acre refuge, and the only one open to the public — could be counted in the dozens, the island was accessible only by boat and she and her brother were the only children for miles around. 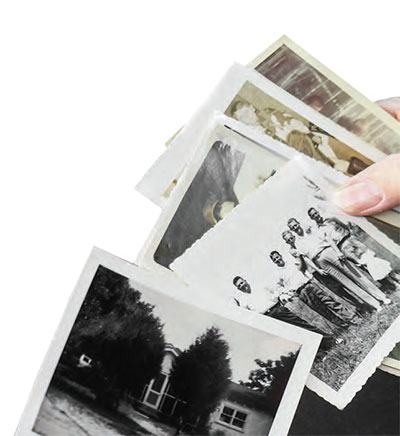 “When you were out there, you could be whatever you wanted to be. You’d run through the woods and slay dragons, get up in a tree and swing out on huge vines and hoot and holler,” said Boyd, 66, a Hardeeville resident who spent her first 21 years on the island. “You didn’t have to worry about nobody bothering you.”

She came to the island as an infant in 1951, when New York banker James Bruce hired her father, Charles W. “Bill” Smith, to manage its farming — corn, soybeans and cattle — and hunting operations.

Native Americans had used the island since the 1500s. By 1715, Alexander Mackey had acquired the island, which he sold to Charles Pinckney in 1737. In 1801, son Charles Cotesworth Pinckney — a signer of the U.S. Constitution — moved to the big island and turned it into a successful cotton plantation. 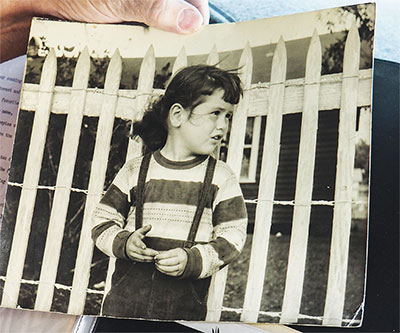 Union troops occupied the island during the Civil War; afterward, the plantation was abandoned. A few freed slaves and their descendants remained until Bruce paid them to leave and built them a church on Hilton Head Island in 1937.

Col. Edward Starr and James Barker bought the property in 1954, and Boyd met some of their famous guests: Rockefellers, Duponts, Fords. The two owners donated the property to the U.S. Fish and Wildlife Service in 1975.

“Col. Starr said, ‘It’ll be a cold day in you-know-where when you see Pinckney become another Hilton Head Island,’” she said. “He wanted his children and grandchildren and other kids to be able to see what a deer looked like.” 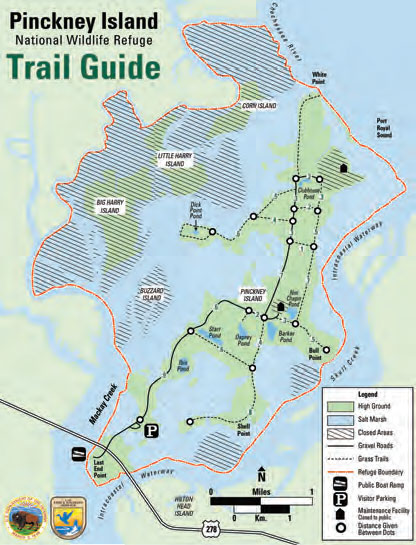 Boyd left the island to get married in 1973. In 2013, Connie and Dale Terrell, a Bluffton couple who managed a crew of volunteers at Pinckney, met her and arranged a tour.

“People say you can’t go home again, but it was still home to me,” Boyd said. “Being there, I’m happy as a clam. It’s my world.”

Boyd became a volunteer, working with a crew of a dozen to mow and repair 14 miles of trails, fix signs, clear downed timber and pick up trash. 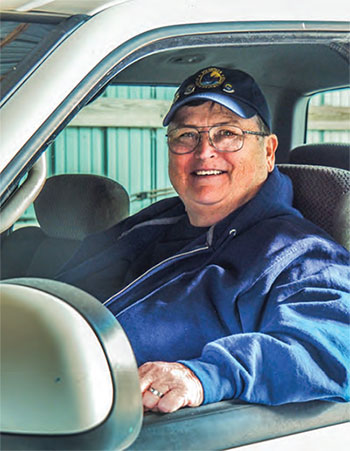 “It’s been great to have Alice out here,” said Dale Terrell, 76. “She’s told us all her stories, how the plantation operated, all the history nobody else knows.”

But as the crew ages, Boyd is concerned for the future of her old haunts.

“Most of these guys are in their 70s, and eventually they won’t be able to do this work,” she said. “A lot of people don’t realize Pinckney is taken care of by volunteers.”

Visitors will find Pinckney Island National Wildlife Refuge along U.S. 278, between the bridges to Hilton Head Island. The refuge is open to foot traffic and bikes daily during daylight hours. Pets are not allowed, and there are no bathrooms, garbage cans or drinking water.

For more information, go to www.fws.gov/refuge/Pinckney_Island. 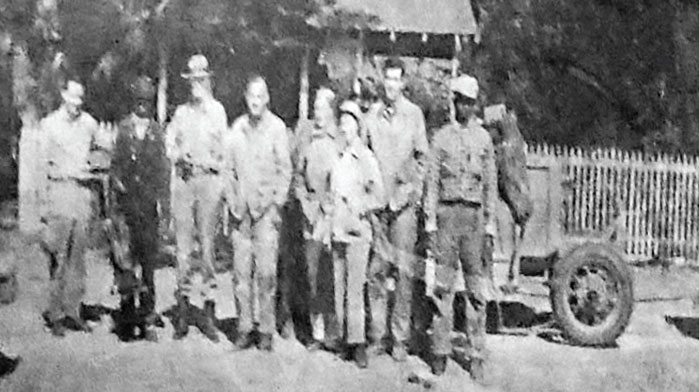 Pinckney Island National Wildlife Refuge is always looking for volunteers to help with trail maintenance and other tasks. Contact Amy Ochoa at 843-784-9911, ext. 111, or email amy_ochoa@fws.gov.