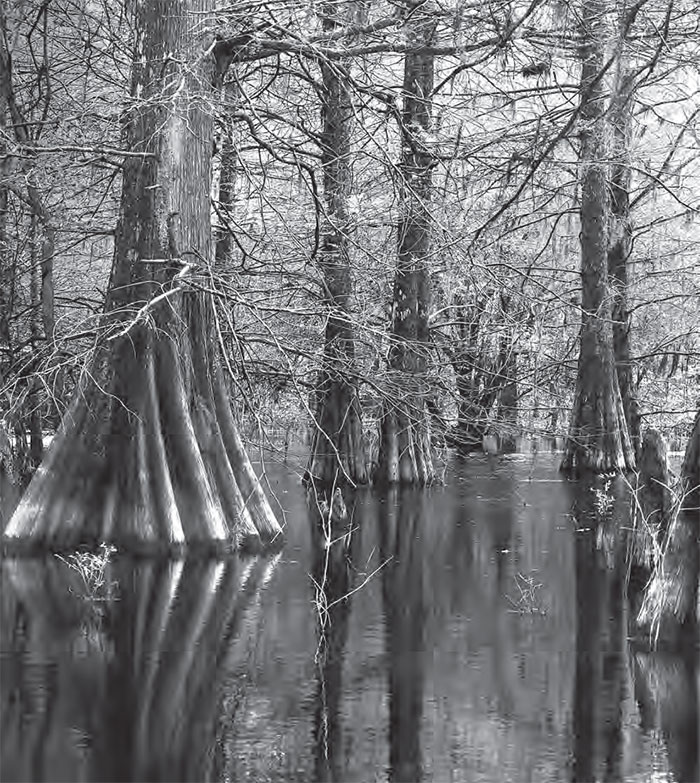 SWAMPLAND IS THE HEART OF LOWCOUNTRY

“Swamps settled South Carolina,” Todd Ballentine explained during an interview. The environmental consultant added: “It wasn’t cotton. It was rice that first settled South Carolina.” And there would be no rice without swamps. Luckily, South Carolina is still home to prime freshwater wetlands and many traces of the heyday of rice cultivation. On Hilton Head Island, in fact, lies a clue in the heart of Sea Pines Forest Preserve. The Boggy Gut swamp was once used to cultivate rice using a method established by West African slaves with knowledge passed down from their ancestors.

If you grew up on Hilton Head, you probably spent your childhood around the lagoons alongside the golf courses. Though manmade, to a child this was nature. The sunbathing alligators certainly helped back that notion. You grew to know the marsh, its reedy banks and its creeks. You swung from vines or jumped in from high docks on dares. You knew wetlands, of one kind at least, but it isn’t until you venture off the resorts’ manicured greens and renourished beaches that you find the deep South, with its iconic cypress and tupelo swamps, tucked away in time.

Driving anywhere just upland from the coast, passing seas of neatly planted pine, you inevitably catch a glimpse of swamp. They draw the eyes into their depth, their greens brighter and shadows darker. But these beautiful if foreboding wetlands were much diminished from their former range.

According to the federal Environmental Protection Agency, more than half of the estimated original 220 million acres of mainland U.S. wetlands have been degraded or destroyed since the 16th century. Seen as unproductive lands, many were drained for agriculture during the Colonial era and for suburban development in the modern era. Myths about the swamp seem to involve terrifying creatures unknown to man. The heat, humidity and mosquitos in the summer are practically unbearable, so the swamps became a backwater for cultures at the margins. Their dense vegetation made the perfect shelter for Civil War deserters and runaway slaves alike, and their tea-black water, which we know now is clean, was once seen as filthy. 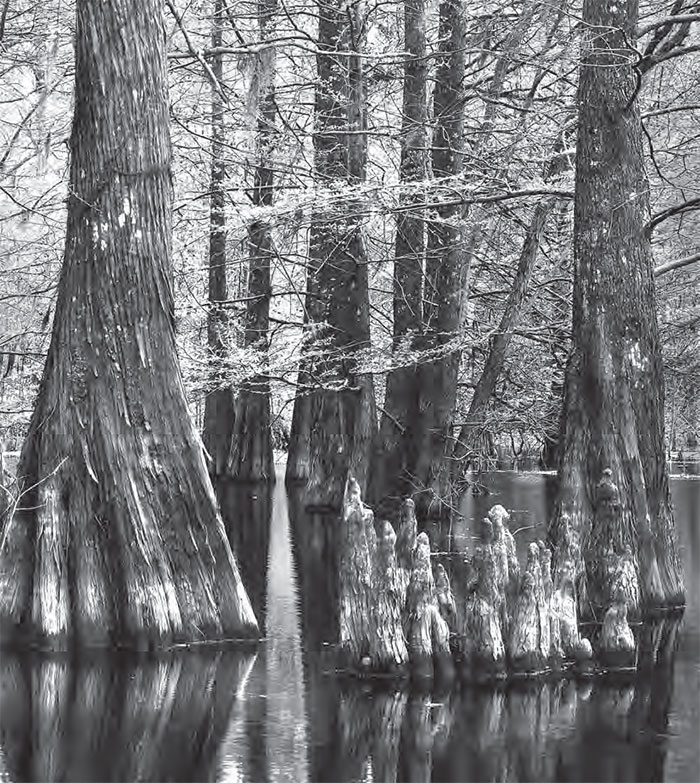 Despite the bad rap, we now know that swamps have an environmental significance of wetlands for wildlife as well as human benefit. Acting as a sponge, wetlands filter water and act as a buffer to storm surges, ever more important as hurricanes pose a greater threat in the era of global warming. And certain wildlife can only thrive in wetlands. Some of the creatures we cherish most call them home. The most beautiful of songbirds nest in swamps’ hard-to-reach trees every summer.

Within a half a day’s drive are the Savannah National Wildlife Refuge; the ACE Basin, one of the largest undeveloped estuaries along the Atlantic Coast of the United States; Francis Beidler Forest, a small but verdant gem; Francis Marion National Forest; and Congaree National Park, the largest tract of old-growth bottomland hardwood forest left in the United States. I’ve always been surprised how many Hilton Head islanders are unaware of these national treasures. So here’s a practical guide to get in touch with the Deep South.

The Whooping Crane Boardwalk preserves one of only two freshwater swamps on the island. Get a guest pass from Hilton Head Plantation, park your car, and enjoy a stroll on the boardwalk that evokes Hilton Head’s primitive roots. 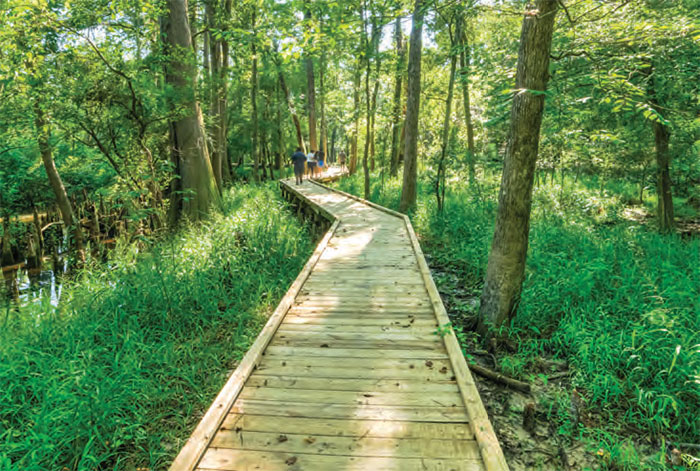 The Edisto River is one of the state’s best-kept secrets, and one of the longest free-flowing blackwater rivers in North America. And the so-called ‘river float’ is somewhat of a cultural institution among country folks. Take two cars. Park one car at your downstream landing and then pile into the other, driving upstream. Tie a floating cooler to several inflatable tubes and you’ll have a veritable caravan of good times floating lazily down the Edisto’s surprisingly cool water. It’s free, and its simple pleasure is a sheer joy. Take it from me.

On your next drive upstate along Interstate 26, take the exit for Ridgeville, driving northeast along Highway 78 and following the signs for Francis Beidler Forest, 45,000 acres of cypress tupelo swamp as well as transitional forest. Run by the Audubon Society; it’s a haven for birdwatching, but look between the trees for the beautiful orb weaver spiders.

So precious that it’s a national park, the Congaree Swamp is the largest remaining old-growth bottomland hardwood forest in the United States. The rangers there are friendly and the park offers canoe tours in the fall and spring, certainly the best way to experience these hallowed grounds. Keep your ears open for coyotes howling in the distance. Sound out here reverbs like an ocean. Admiring the dragonflies, you’ll find yourself transported to a time before dinosaurs.

Kayaking and standup paddleboarding are great ways to explore Ebenezer Creek in Effingham County, Georgia. The area was designated as a national landmark in 1976 because it’s the best remaining cypress-gum swamp forest in the Savannah River Basin. Several local tour companies run day trips suitable for novice paddlers, or join the Georgia Conservancy’s excursion next month.