It is an act of faith to run into the ocean, not knowing what mysteries await in its depth. Walking the dog after sundown can quickly become an adventure if the right creature crosses your path in the dark. Even the benign-looking world of the salt marsh hides its secrets in billowing green cord grass; you have to get eye level to the marsh in a kayak to find the clues. In short, there is much we do not know, and much to discover.

A whole new world emerges after the sun sets on Hilton Head Island. In summer, listen for the sound of sbeeb! passing overhead, just above the treetops. That’s the common nighthawk, a speedy, sharp-winged insect-eating bird. There is plenty of rewards for these helpful bug-snatchers: 32 species of mosquitoes have been identified on Hilton Head Island.

Then there is the aggravation of being kept awake by incessant high volume warbling just outside your bedroom window. Meet the chuckwills- widow, a southern cousin to the whip-poor-will. From late April through summer, this squat, mottled-brown bigmouth sings loudly to attract a mate. It repeats its incessant call—ch’k will’sw’dow!— over and over. The unofficial record counted by insomniacs is 742 calls in a row. When it is not “singing,” the chuck catches flies, moths, and the occasional bat in midflight.

Evening is the time to use a flashlight when you walk Fido. In spring and autumn, the warm street pavement attracts snakes. They seek the road to increase their metabolism and hunt for frogs, lizards, insects, and mice. The venomous southern copperhead is the most common street crawler. Also, shine your flashlight under your car before approaching. Copperheads hide to hunt, and they stand their ground. This is important to know. 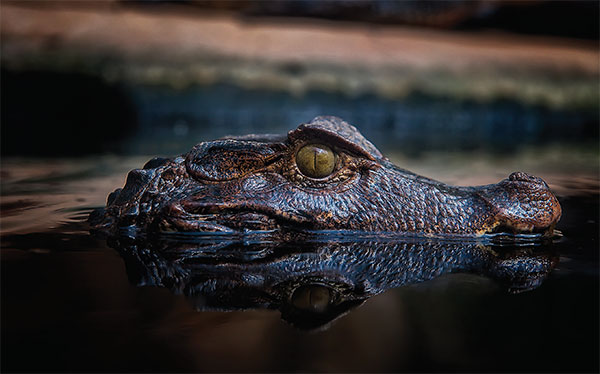 From the Hilton Head Island beach, the Atlantic Ocean appears olivine, or sometimes brownish. This color means something. The sea is a nature soup, a marine menagerie of plants and animals that we may encounter when we set foot into the surf. The color is signature of plankton—the massive population of microscopic and not-so-tiny plants and animals. These are fecund ingredients of the marine food web: algae, larva of fish, shellfish, and crabs—all seasoned with sea salt. It’s a crowded world in the water column. Then there is the seafloor. What do we really know about that sand bottom that awaits happy bare feet splashing into the sea? Meet the Atlantic blue crabs, horseshoe crabs, starfish, and stingrays: they own the seafloor, and they do not appreciate being trod upon. Mostly, they’re just trying to get out of our way. Shuffling one’s feet while walking on the seafloor has been recommended to scare off stingrays. Most locals have survived being pinched by a small crab or two and tickled by a jellyfish on occasion. And we still go in the ocean every chance we get.

I once heard a newcomer to the Lowcountry complain: “The salt marsh is just a swamp and nothing lives there!” She didn’t know that this tidewater grassland is one of the liveliest ecosystems on earth, on par with tropical rainforests.

The most rewarding way to discover the salt marsh is by kayak. Paddle up a quiet tidal creek and just float. Listen. A loud popping or snapping sound may jolt you out of your tideland daydream. This is the sound from a pistol shrimp. Though only an inch or so long, this crustacean packs a sonic punch. It rapidly snaps its fore claws together like fingers, causing a loud underwater concussion that stuns its prey. Now we know that sound kills.

Paddle farther up the creek into the shallows where the grass is shorter. This is the domain of the marsh wren— nature’s real estate developer. In spring, the overachiever male builds as many as a half dozen nests in order to woo a female. She usually selects one of these and mates with the male. But some female self-starters build their own domiciles. 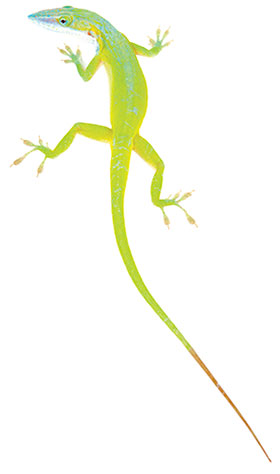 From the ocean to the salt marsh, and the sky to the earth below, there is much to that we do not know. Our environment is complex, and resilient to a point. Hopefully, we always want to learn more, to uncover another secret. Truth is, we really have no choice. Like a crab nipping on your toe nature is something we ignore at our peril.

Editor’s note: This article first appeared in our August 2012 issue