But what was it like to be here during the storm? From what I heard, Hurricane Matthew was  described as an incredibly strong wind storm. Here are some accounts from people who stayed on the island and experienced it first-hand. 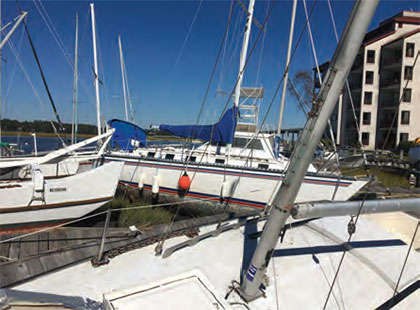 Esther Cohen - “We stayed fully dressed for two nights, in case we needed to leave quickly. By 1:00 am, the winds were so strong, the house started rocking a lot and you could hear the trees falling with a loud thud. All I could do is pray and wait for daylight to come.”

David Jones – “The wind was almost indescribable. It was dark and there was no moonlight; which made it very eerie. It had a different kind of howl to it. If you didn’t have faith, you found it. When the storm was literally here, it was almost like a movie. You could hear the sounds of the storm, but it was so dark you couldn’t see anything. You knew that something was out there, like a presence, but you couldn’t see anything. I’ve been through a lot of things in my life, but that was the scariest time of my life that I will never forget.

Barbra Chapin - “The wind was like I had never heard before. I just kept praying that we would make it through.”

Johnny Stewart - “Because it was so dark, it was just the water surge that you couldn’t see. It was like an unseen danger. I would have left the island if I knew how bad the problem was going to be. I was in the bed and reached down on the floor to feel if there was water on the floor. I wanted to know if things were going to be good before I went to bed. It wasn’t a good idea for me to stay. But we decided to stay. It wasn’t scary, but it wasn’t comfortable. If I had seen the water coming across 278 toward my parents’ house, I would have panicked.  The evidence of the storm the next morning was everywhere. Debris was everywhere. Foam Coolers, car bumpers, buoys from crab trap lines, my brothers canoe, bottles were all was over the place.”

Geneva Ford-Christopher – “It was a night of hesitation and wondering when it would occur. When it finally came, we wondered what the outcome would be. The outcome of the storm was unbelievable. It was shocking and depressing. The creek and the ocean met on 278.”

Michael Cohen - “God had some of us stay to tell the story and to get other people to leave for the next storm.” 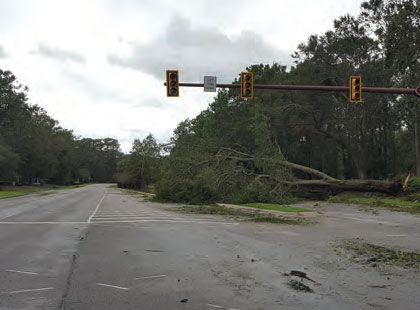 What a difference a few months can make. It’s very easy to forget about the daily dump truck caravans and the morning chainsaw songs. The clean-up does go on, even though the tree canopy is a lot thinner, the island has mostly returned to its previous self. Sometimes, however, you can see repairs as they continue on the structures that received major damage.

After the storm, there are still a lot of questions. Where did all of the trees go? They were collected and have been recycled in a variety of ways. Some of the trees were processed and ground into wood chips for use by farms or landfills as ground cover. Some logs were even shipped to China and Vietnam. Logs were also sent to different companies to be processed into paper, firewood and timber.

Okay, now that hurricane season started again, what does that mean to me and what do I do now? This year, it is predicted that there will be 11 named storms; four hurricanes and two storms that are expected to become major hurricanes. Just because they are predicted, doesn’t mean that is exactly what will come. Or even come here for that matter. Either way, we should be prepared. I have always used June 1st as my reminder to start thinking of what I need to buy little by little. When I’m in the store, I buy a few more batteries when I go shopping, or start picking up some extra canned goods, paper items and water. It doesn’t hurt and if a storm doesn’t come, then you can still use the items.

It’s also a great time to start thinking about what your plans might be. How are you going to secure the house? Do you stay or will you go? The answer to those questions depend on a lot of variables, however, the most important one is preserving your life and protecting family. Everything else is replaceable. 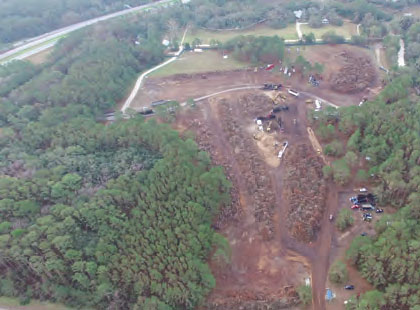 So, what are the most significant lessons that the Town learned before and after the storm? According to Town Manager Steve Riley, next time around, the Town will “keep the Emergency Operations Center open to support and coordinate with utilities and medical facilities.” The vital role that social media played in connecting homeowners to the island also prompts the town to study new ways to track and to better utilize social media. We need to “find a more effective way to provide citizens with images and accurate information on the status of the island. [Next time we will also have a] better use of technology to aid the first responders, while also keeping the public informed.”

When asked how would the Town have prepared now that we have a different perspective? “While we had focused on the major Planned Unit Developments and agreements to clear their private roads, we lost track of the smaller PUDs over the years.  We recovered but it took time,” says Riley. Reentering the island was one of the most talked about issues post storm. As a result, the Sheriff’s Office has taken on the responsibility of developing a smoother and more efficient way for residents to return to the island after a storm.

It’s been a while since a storm of Matthew’s magnitude came our way. Did everything go perfectly well? No. But nothing ever does. Were there lessons learned? Of course. As Maya Angelo said, “when you know better, you do better.”

At the end of the day, post storm, we’re a closer community that has shown that we are ISLAND STRONG. Hilton Head is stillour paradise, and is being returned to the pre-storm beauty that it always was. To me, those are the best lessons learned from Matthew.

If you need additional information on developing or improving your personal evacuation plan there are several resources available to help.

PHOTOS COURTESY OF THE TOWN OF HILTON HEAD