There’s no question that Bluffton and Hilton Head Island are well-known for their beauty and for being among the best places in the country to live, retire and vacation. Here are just a few of the latest headlines praising the area, according to the Hilton Head Island-Bluffton Chamber of Commerce: 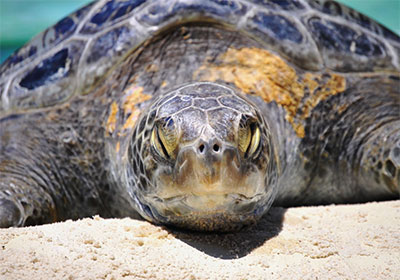 While this is good news for area residents, the region’s tourism industry and Lowcountry visitors, it’s not so great for the area’s sea turtles. As people from around the world flock to the area for both business and pleasure, sea turtles are finding themselves crowded out of Hilton Head’s beaches, their natural nesting area. In fact, Hilton Head is the second largest nesting area for endangered sea turtles in South Carolina.

Hilton Head has the significant challenge of managing and maintaining the delicate balance between serving as an important economic tourist/residential tax base for the state while also being a vital ecological habitat for endangered sea turtles. Additional environmental challenges that the island faces results from its constantly changing topography and rising sea levels, which are both effects of climate change and global warming. These are issues and conversations that cannot be ignored. Globally, as well as locally, we need to establish sensitivity to the changes in the environment and strategies for sustaining it.

“With climate change/sea level rise, Hilton Head Island needs to be concerned with not only dry land loss due to sea level rise and increased tidal and storm surge, but also the increased likelihood of salt water intrusion impacting its fresh water security,” said Albert A. George II, the director of conservation for the South Carolina Aquarium.

But it’s not just the rising seas that should have Lowcountry residents concerned. Hurricane Matthew was a reminder that the area is not immune to Mother Nature’s wrath, and the effects of a terrible storm could be felt across the state.

“If Hilton Head Island is adversely impacted (by a hurricane), it would have major implications for the economic, tourism and conservation interests of South Carolina,” George says.

Those conservation efforts include protecting endangered species like sea turtles.

With the approach of April, Earth Month, and sea turtle nesting seasons, May to August, it’s time to consider how we can help sustain the Lowcountry’s unique environment. There are things we can do to help the planet, like recycling paper, glass and plastics, and things that will specifically help protect the sea turtles, like turning off all lights facing the beach at nighttime during the nesting season so hatchlings aren’t disoriented as they make their way from the dunes to the sea. If you dig a hole in the sand during the day, fill it in so that turtles don’t fall in and get trapped. And always pick up any garbage you spot on the beach — trash and litter are problems for both turtles and humans. 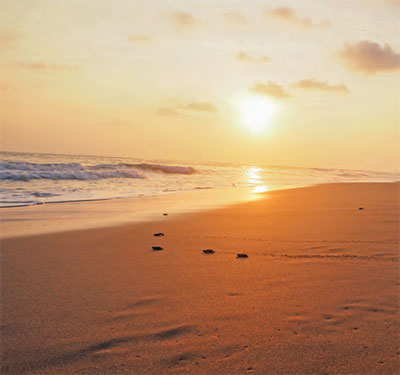 “If we do what's best for the endangered sea turtle habitat and the salt marshes, we will also protect and preserve the human habitat located, unfortunately in many cases, in very close proximity,” George said.

Our area deserves its award-winning reputation, but we need to do our part to sustaining and maintain its beauty and viability for tourists, residents and sea turtles. Humans and turtles can live together, if we respect each other’s homes and work to protect them.