It’s an ever-growing fraternity in Beaufort County. There was a time when the term “Master Naturalist” was just a concept. Now, it’s almost like a secret handshake among a group of hundreds, a sign that you’re a steward of the land and sea. And that stewardship can all be traced back to an upstart group on Spring Island.

From its inception in 1998, the idea behind the Lowcountry Institute was to connect organizations doing forward-thinking work to protect the ecosystems of Beaufort County.
The idea was simple yet revolutionary for an area known for many tiny worlds behind gated communities.
“If we could just foster synergy, we could help to make everyone that much more successful,” said the organization’s founder and current director, Chris Marsh. “There are so many nonprofits doing great work, but we wanted to be a force in creating more partnerships to make our voice that much stronger.” 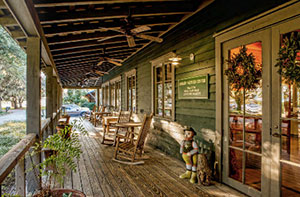 Marsh, a former biology professor at Coastal Carolina University, taught ornithology, ecology and animal behavior and had already established himself as a motivator. While at Coastal Carolina, he headed up a statewide program to improve math and science education in South Carolina.
At Lowcountry Institute, Marsh set out to create a clearinghouse of support and connectivity, of scientific information, study and support to make the science of our ecosystem understandable to everyone.
“We had three major ideas in play. Our plan was centered around land protection, advocacy and education,” Marsh said.
On the land protection front, Lowcountry Institute worked with groups like the Nature Conservancy, the Beaufort County Land Trust, the Town of Hilton Head Island, and the Beaufort County Rural and Critical Lands Board.
The institute has had a strong impact on the advocacy front as well, working with groups like the Coastal Conservation League to bring laws and ordinance in line that positively impact and protect water and air quality. The institute also played a key role in working with the county to get a more rigorous storm water ordinance passed. And it worked with the Beaufort County Open Land Trust to get properties such as Lemon Island and Widgeon Point protected.
When it came to the education component, Marsh hoped to create a program that would create a culture of change.
“I grew up in Raleigh, my father was a sociology professor at N.C. State (University) and I didn’t realize how much I learned from him when it comes to cultures,” Marsh said. “He taught me the importance of being part of a culture, of fostering a culture and passing on a culture from one generation to the next.”
Marsh got his opportunity to be in on the ground floor of a culture when Clemson University Extension agent Jack Keener consulted with him about starting a statewide corps of volunteers focused on environmental education, outreach and service.
Thus, the Master Naturalist program was born in partnership with Keener and Bob Franklin from Clemson Extension and Bruce Lampright from the Spring Island Trust.
“In creating the program, the idea was that to make informed decisions in protecting our environment, you have to understand the local ecology and issues involved.” Marsh said. “We start as teachers, but the students become teachers themselves throughout the community.”
For his role as architect of the program, Marsh saw himself as a producer of a Broadway play.
“First you learn the main actors in the story. Just like a play, you might have 60 bit species of plants and trees, but you have 10 dominant species that really control the ecology,” Marsh said. “Knowing how those characters interact with each other, that’s the plot. The ecological and biological processes that occur, how the characters grow and adapt to disturbances like fire.”
“And once you create a culture where everyone knows the stories, we’re informed in how our actions impact nature,” he said. “And what we remember is through our senses, so the classes were all about getting out and experiencing nature.”
The 24-person class features 12 all-day field-intensive courses, where participants get to see different ecologies both on Spring Island and throughout the county. They graduate at the end with a true understanding of the Lowcountry ecology and are then charged with sharing that knowledge with as many people as possible.
The class was an immediate success. When Keener retired from Clemson Extension in 2002, the Lowcountry Institute became the permanent host and shepherd of the program.
Everyone from property owners association board members to teachers to government and municipality officials have taken the course and have in turn created an immense network of peer education. 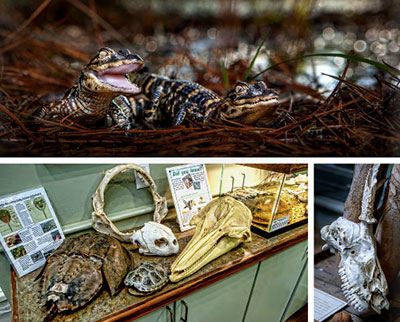 “It’s so energizing to see the excitement in our students,” said Lowcountry Institute environmental educator Kristen Marshall Mattson, one of the three other members of the institute’s staff who have helped Marsh grow the program. “They experience the constant evolution of the ecology firsthand, and they bring that understanding and hands-on knowledge into their communities. To be part of that education, it’s a joy and an honor.”
Marsh said his staff has been instrumental in growing the program. Administrative assistant Lisa Gravil became the first full-time staffer in 2000, and education director Tony Mills joined the team in 2007, followed by Mattson in 2008.
“They have taken the work to a whole other level,” Marsh said. “Lisa and Kristen’s passion, it drives us all. And Tony has evolved the curriculum in a way that just continues to make this more and more exciting to the students.”
A teachers’ program was started in 2007 at Spring Island at the behest of the Beaufort County School District. Now, an educator in nearly every school in the county has taken the program.
“One of my favorite things to do is spend time with teachers,” Marsh said. “This is a way to really capture students imaginations. And I see it all the time with the teachers. Being here, it recharges their batteries as to why they enjoy teaching.”
The Master Naturalist program has spread throughout the state to six sites, with Spring Island and the Lowcountry Institute as the core incubator for growing the curriculum. The Spring Island programs now consistently have a waiting list, with nearly 700 graduates spreading the word that this is a must-take class.
“They’ve done a great job, they’ve cast their net wide with a world-class staff. It’s an incredibly unique form of peer education,” said S.C. Department of Natural Resources veterinarian Al Segars, a graduate of the first Master Naturalist class. “You run into alums everywhere. It’s had a true impact, a lasting impact. It’s amazing and thrilling to be a part of it and watch how Chris and his staff have grown this.”
The class is at the core of understanding the work of the Lowcountry Institute, but far from all that is done on Spring Island. Marsh and his staff also work as part the Spring Island Trust, responsible for stewardship of 3,000 acres of natural preserve on Spring Island.
The institute serves as an information outreach broker and consults with scientists and government officials in explaining and understanding the local ecosystem.
The institute helped in the formation of Friends of the Rivers in 2001, a group that has evolved into the Port Royal Sound Foundation today. Lowcountry Institute also provides grants and funding to environmental researchers. And the staff works extensively with University of South Carolina Beaufort students in researching the local ecology. Marsh said he is proud to see that the work he and his staff and the people of Spring Island have helped foster has created the culture he dreamed of 17 years ago.
It’s a legacy he shares with his wife of 38 years, Barbara, and his three adult daughters.
“We’ve created something that is sustainable and lasting here, and that’s what I’m most proud of,” he said. “None of this is possible without the people of Spring Island and their belief in the work we do. Together, I believe we’ve built the foundation for a culture of caring for the beautiful ecosystem here in the Lowcountry.”